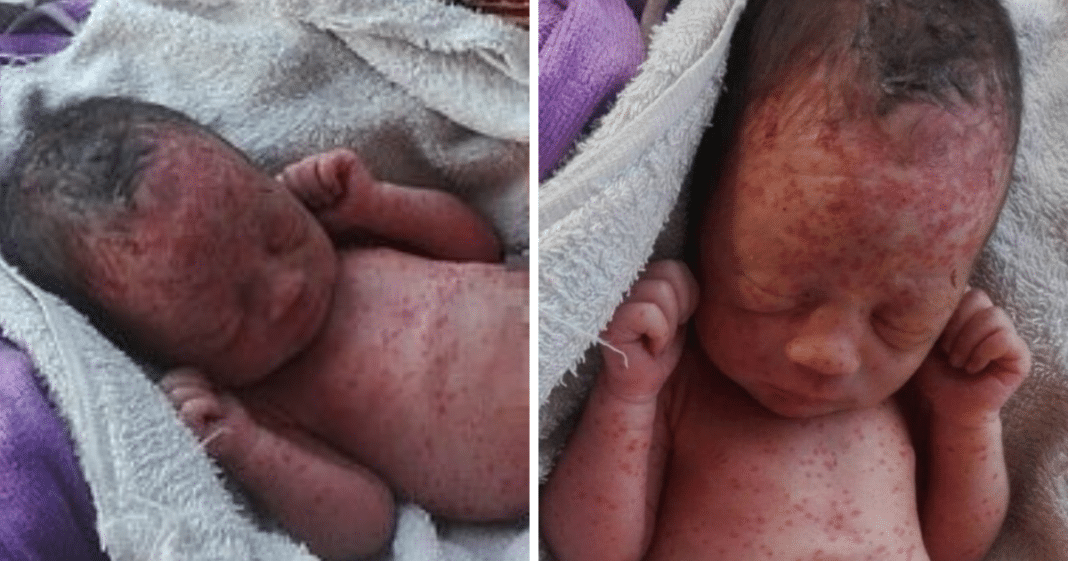 A newborn baby girl who was found abandoned in a field in Thailand, covered in ant and mosquito bites, is on the road to recovery according to reports.

The girl was found on the morning of May 11, after local villagers heard crying during the previous night.

When they found her delicate skin had been ravaged by insects while exposed to other harsh elements in the field. These injuries left her skin raw, and the poor angel was undoubtedly in a tremendous amount of pain.

Thankfully, officials say the girl didn’t sustain any serious injuries, despite being bitten several times on her face and head.

Newborn baby girl found in a field covered in ant and mosquito bites after being abandoned https://t.co/4hNB56sLhw

According to z report in the Daily Mail, the girl’s umbilical cord had not been cut, indicating that she was as young as a day old.

The baby was rushed to Lat Krabang Hospital, where nurses have attended to her while the police search for her parents.

“We believe that the parents might live nearby the area,” Lieutenant Colonel Samart Klinklao, inspector of Chalong Krung police station was quoted as saying.”

“Officers will check around the communities and ask the locals for more details. We will also check the CCTV cameras in the street to find who left the baby there.”

What’s this world coming to?

It’s hard to imagine how anyone can be so heartless as to leave a defenseless newborn baby in a field to die? Sadly, this is not unheard of practice in many countries.

Hopefully, police will track down her parents and serve justice.

In the meantime, let us pray for this little girl that she may fully recover from this and go on to live a happy and full life.