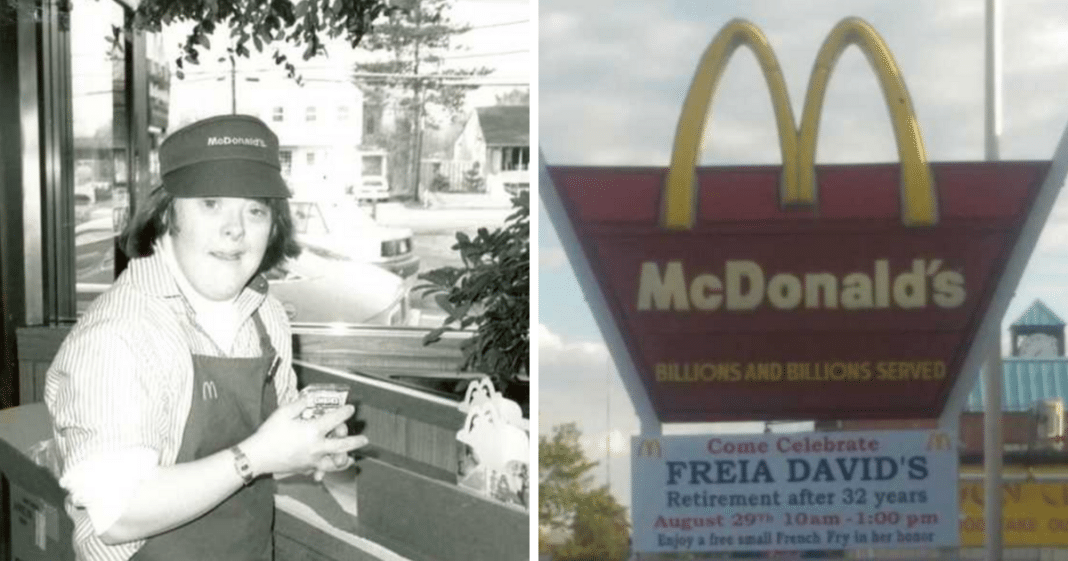 That’s because Freia was born with Downs syndrome, which meant most people doubted she’d be able to work and earn a living on her own.

But in 1984, Freia, then 20 years old, was allowed to work for McDonald’s in Needham, Massachusetts. And for the next 32 years, she operated the french fry station the local McDonald’s restaurant and quickly became a well-liked regular in the community. 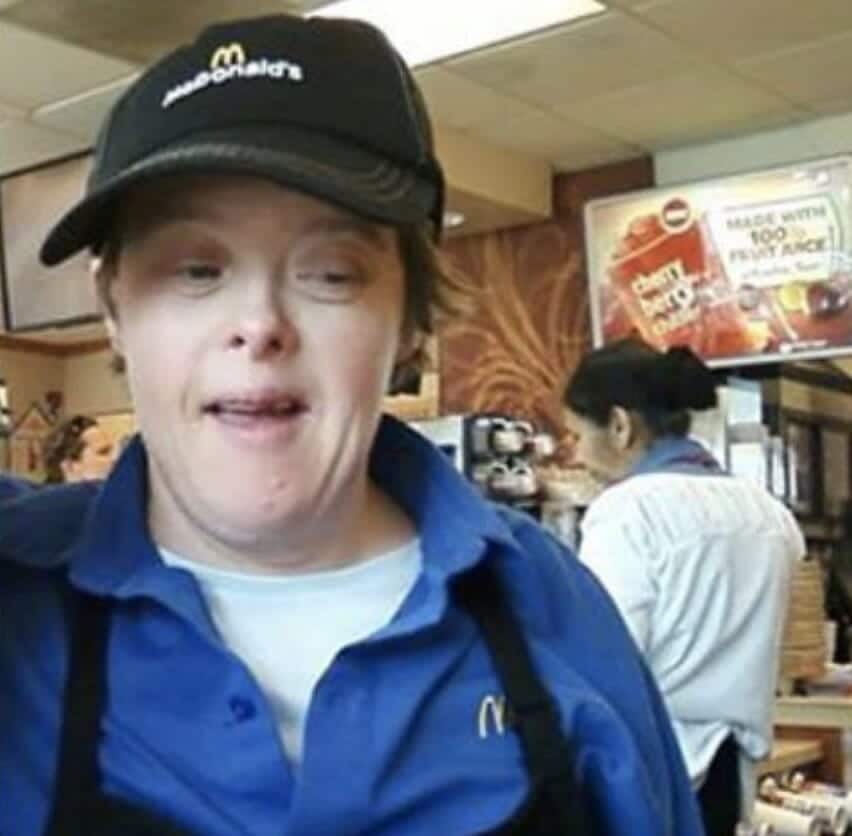 Freia was born and raised in Needham. Since the age of 3, she had taken classes at the Charles River Center assisted living facility, where she would eventually live as an adult.

She was also reportedly a part of the Special Olympics in her area.

Through the center, Freia developed the self-confidence to believe in herself, and they also helped her make contact with McDonald’s.

While they certainly helped her succeed, no one ever imagined that she would become the community’s most-beloved customer service professional for over 30 years.

For four hours ad ay, five days a week, Freia poured her heart and soul into serving her customers at McDonald’s.

“It was nice, I’m really happy,” David told CBS Boston. “I like all my friends here.”

According to Anne-Marie Bajwa, who worked at the Charles River Center, Freia was one of the first people to get a job from the community.

By age 52, Freia decided it was time to move on, and retired from McDonald’s.

The love shown by the community toward Freia at her farewell party was nothing short of inspiring. And, of course, Freia deserved nothing less!

As for her retirement, Freia told the newspapers that she would get to relax and take care of herself for a while. 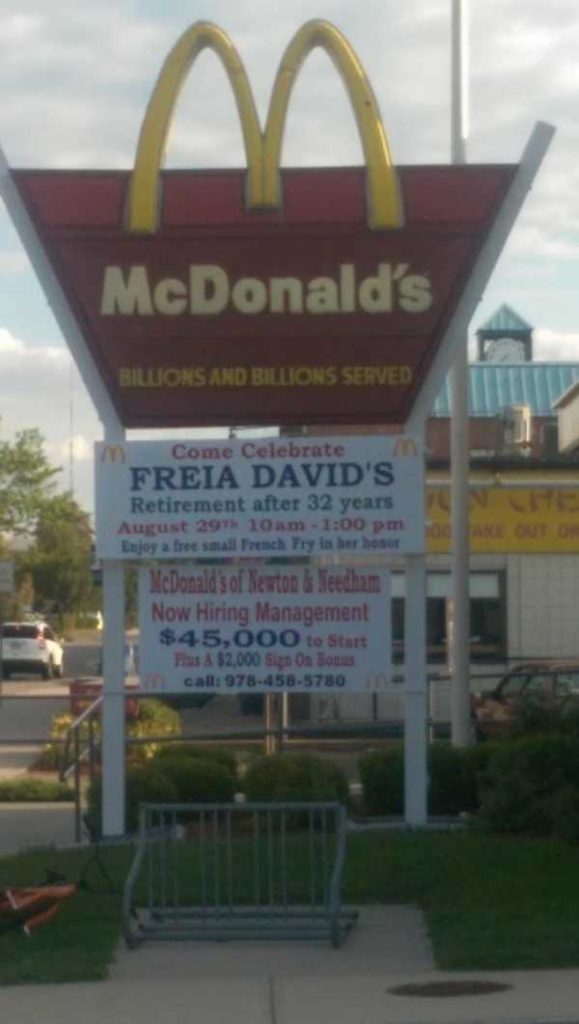 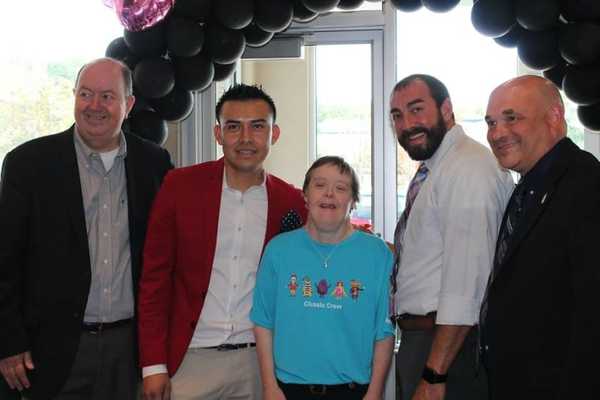 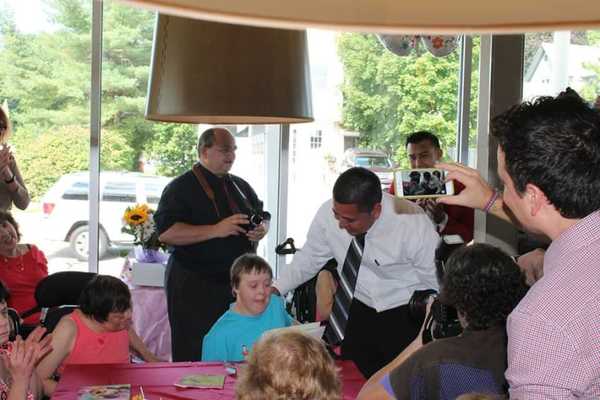 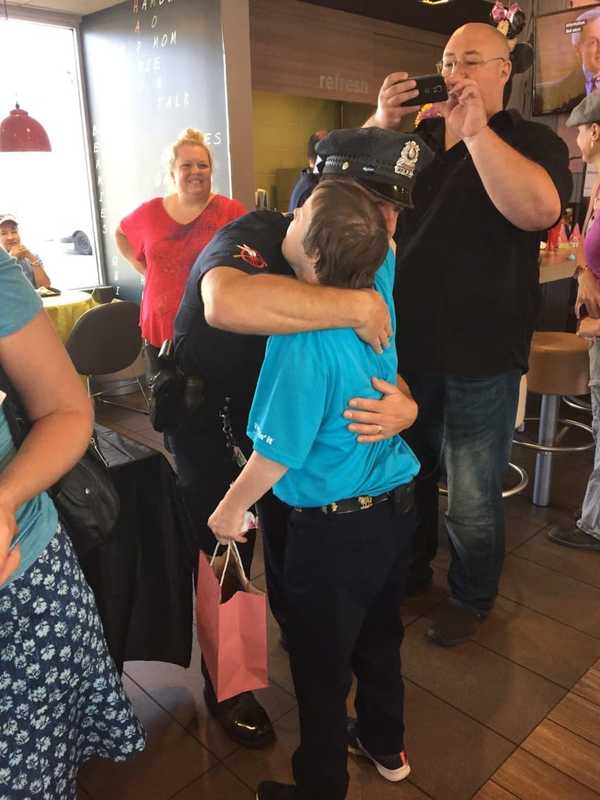 Family, friends, customers, and colleagues and even the local media came to the local eatery to thank Freia for her life’s work.

She was presented with a certificate acknowledging and thanking her for her achievements. Timothy McCoy, one of the owners of the Needham McDonald’s franchise was there had the following glowing words of praise to say about Freia:

“Freia’s smile, her enthusiasm, and her daily hugs made our restaurant more than just a restaurant,” he said in his speech.

Anyone who dedicates 32 years of their life at one job certainly deserves appreciation. Especially if they gave it their all day in and day out.

And the person who exemplifies this attitude was Freia! 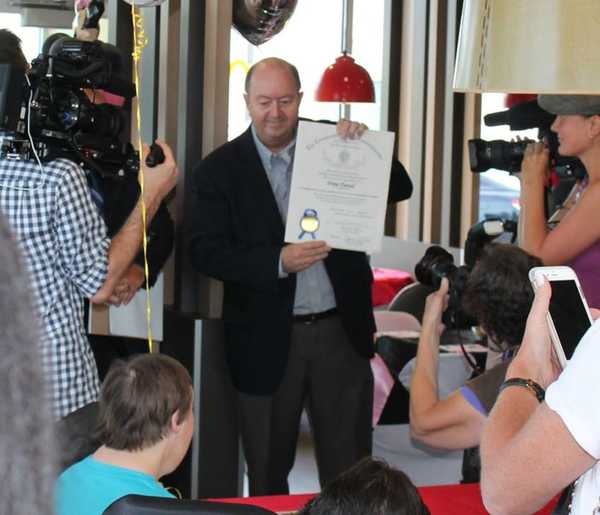 “FOR 32 YEARS SHE WORKED AT MCDONALD’S OF NEEDHAM WHERE SHE SERVED UP SPECTACULAR FRENCH FRIES, TEASED HER CO-WORKERS, AND GREETED EVERYONE WITH A SMILE,” HER OBITUARY STATES.

Sadly, Freia passed away on April 30th, according to CBS.

A memorial service will be held for Freia A. David on June 18 at the George F. Doherty & Son’s Funeral Home in Needham, where her family friends and members of the community are invited to celebrate her life, according to her obituary on Legacy.

Freia is a shining example of how a seemingly “ordinary” life can have such an extraordinarily profound impact on other people’s lives. God bless her.