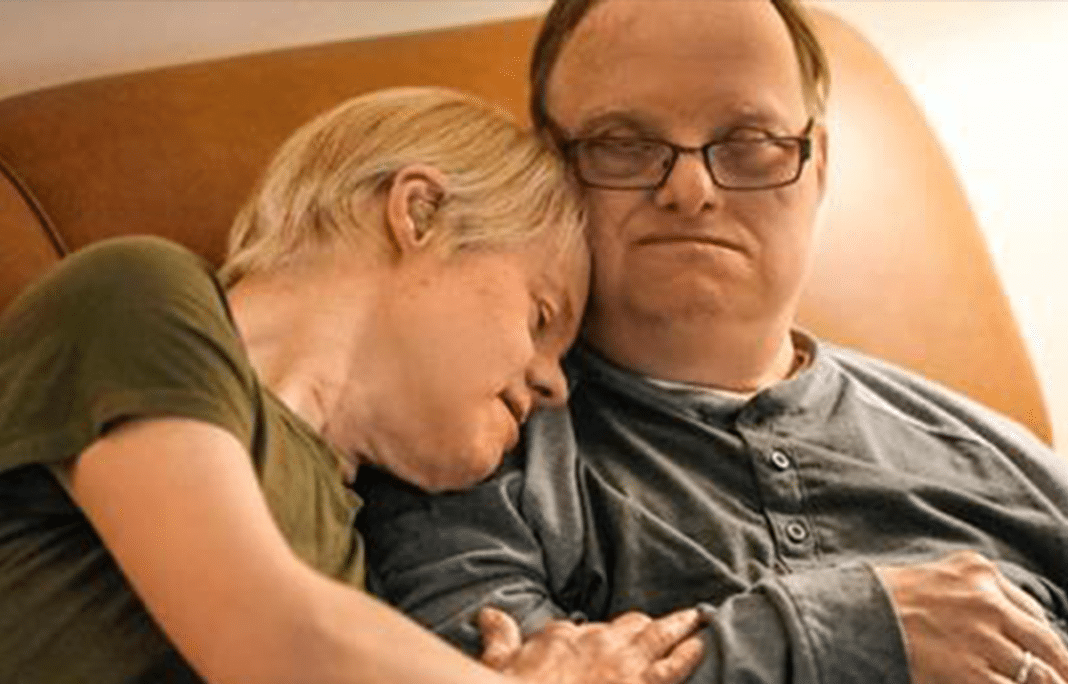 The phrase “love conquers all,” today has become a cliche notion that often draws its share of eye-rolls and sarcastic remarks from those who’ve yet to find their soulmate.

Nevertheless, the age-old wisdom of this saying has held up since the dawn of humankind and continues to prove its power in the world.

That’s because love is more than simple emotion, it’s a force that drives people every day to do extraordinary things and it’s capable of bringing out the absolute best humanity has to offer.

Kris Scharoun-DeForge and her husband Paul Scharoun-DeForge were both born with the condition known as Down’s syndrome. But despite that, they continued to defy every obstacle and all of the odds against their relationship. 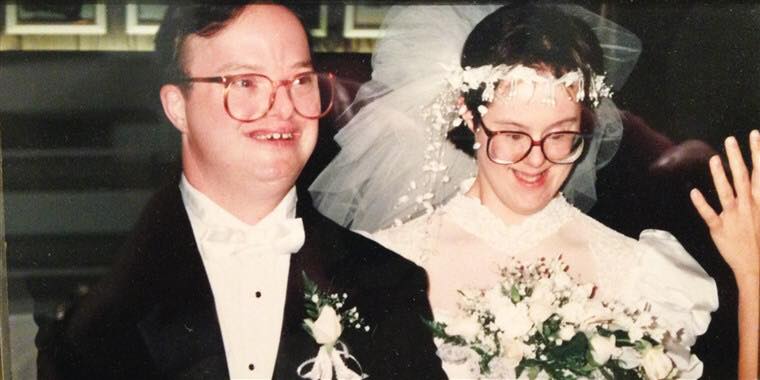 As reported by Reader’s Digest, it’s believed that they were the longest-married Down’s syndrome couple in the world.

Unfortunately, tragedy would strike in early 2019.

Not only were both Paul and Kris together for a long time, but their love story continues to serve as a source of inspiration for budding sweethearts around the world.

The two made their wedding vows some 25 years ago.

Kris explained how the couple first met at a dance 30 years ago, and how it was love at first sight.

“I looked into his eyes and saw my future. He opened up my world”, Kris said.

The couple loved to celebrate Valentine’s Day every year, and as always planned to make this most recent holiday a special occasion, despite the fact they were already crazy in love with each other year-round.

On V-Day, Kris usually created a homemade card for her husband, waited for him to get home from work, and the two would go out to dinner.

They truly cherished every single moment they were together, and their bond was stronger than anything life could throw their way.

It was their 25th year of matrimony, and their enduring love was living proof that all the naysayers who claimed people with Down’s lacked the emotional maturity to be married were dead wrong.

On Valentine’s Day 2019, the couple received a surprise visit from the Harmony Katz, a barbershop quartet that heard of their extraordinary romance.

As the couple listened to such favorites as “Let me call you sweetheart,” Kris put her arms around her husband, and the two enjoyed a special moment where they must have felt like the only two people on earth.

Unable to care for himself any longer, he was moved into a community residence with facilities to take better care of him, but his fateful wife Kris stayed with him every step of the way.

Kris said: “When they told me, I started to cry. He’s my life. I don’t want to be without him.”

Paul was only 56, and his mother, Lorraine DeForge, said his life served as a direct refutation to the many warnings some doctors offered to Lorraine and her husband Frank when Paul was born.

Even in their final months together, Paul and Kris’ love made every moment they had together a celebration of love.

Last summer, Kris was recovering from pneumonia when Paul stopped to see her on their Aug. 13 anniversary at Upstate Univesity Hospital in Syracuse, New York.

Both in wheelchairs, the two lovebirds renewed the wedding vows to each other in the hospital chapel.

“Watching it, it was like Paul woke up,” Scharoun said. “He smiled and reached out and took her hand.”

Shortly, before Paul’s death, Kris drew a picture of a butterfly that would hang on a nearby wall next to Paul’s bed.

There was also on the picture, a note reminding her husband that he was “the man of her dreams.” 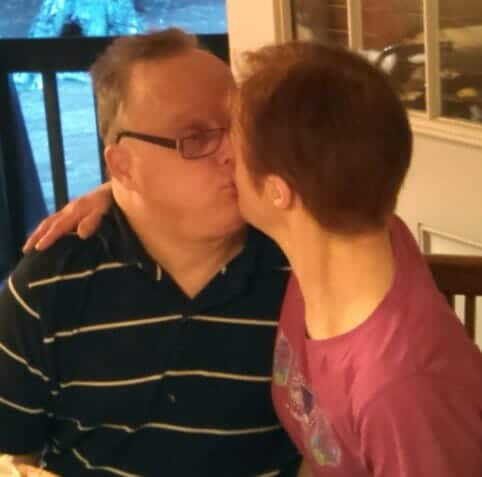 The love of these two beautiful human beings should serve as an example to all of us of what life should indeed be all about.