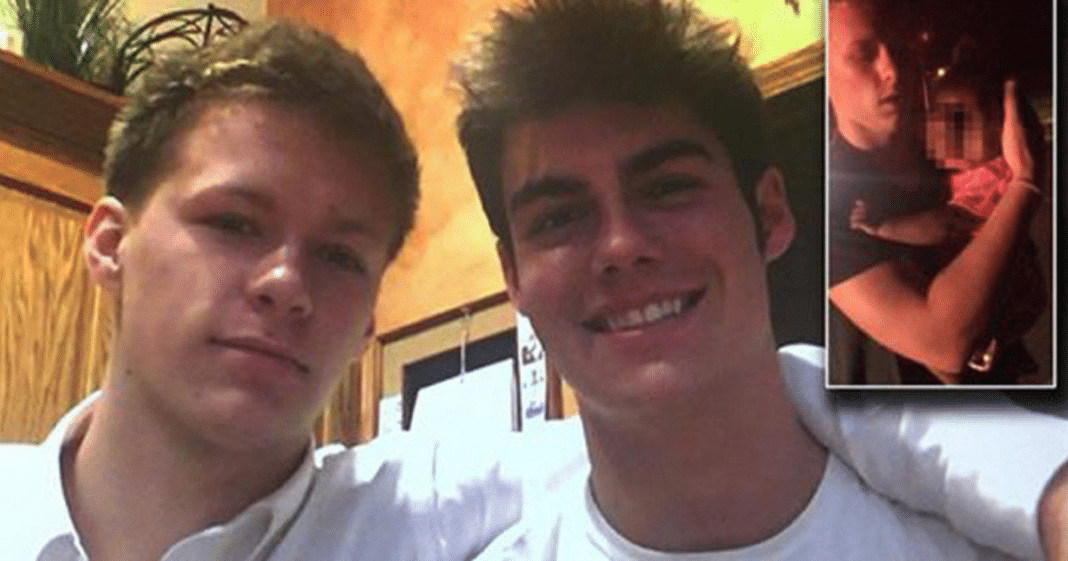 Two friends from Minooka, Illinois, 17-year-old Collin Barry, and 16-year-oldHunter Hasenjaeger, were heading home just after midnight when they witnessed a disturbing scene on the road.

The front of the vehicle was totaled on the driver’s side. Then they heard the sound of a baby.

The young child was crying and screaming at the top of her lungs.

Collin and Hunter then saw the body of 27-year-old Alexis Danley.

Alexis was six months pregnant when she died.

What the young men did not know at the time was the man who struck and killed Alexis would eventually be arrested for driving under the influence.

Alexis’ hand was forever frozen in position as her final act was reaching into the back seat, where her 1-year-old daughter was sitting, alive and utterly terrified.

Since the police had yet to arrive on the scene, the teens knew they had to do something.

So they began working together to pull the infant to safety.

Thanks to these heroic young men the baby girl is alive and well.

Let’s pray for this little girl and hero heroic rescuers. She will now grow up without a mother because of the foolish actions of a drunk driver, so please keep her in your prayers.