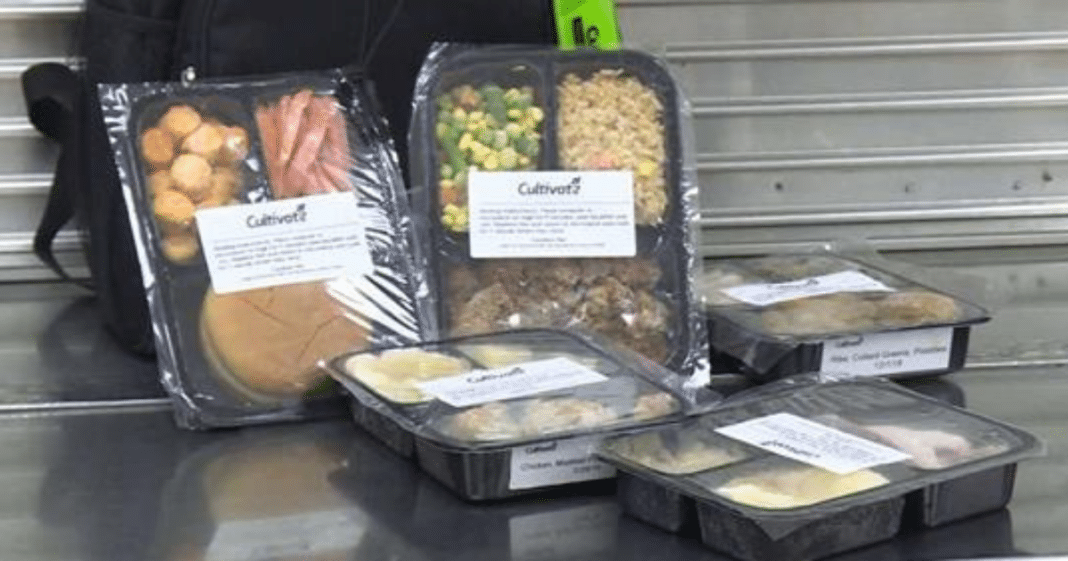 Many students across the country are used to getting breakfast and lunch at school.

Sadly, on the weekend many students go hungry.

WSBT reports on a partnership between some schools in Elkhart, Indiana and a local nonprofit called Cultivate that’s providing weekend meals by saving and distributing unused cafeteria food.

“Mostly, we rescue food that’s been made but never served by catering companies, large food service businesses, like the school system,” said Jim Conklin, with Cultivate. “You don’t always think of a school.”

Cultivate turns discarded and unused food into individual frozen meals. On Fridays, around 20 students are given a backpack with eight frozen meals.

“At Elkhart Community Schools, we were wasting a lot of food,” said Natalie Bickel, with student services. “There wasn’t anything to do with the food. So they came to the school three times a week and rescued the food.”

The Elkhart school system would like to extend this program to other schools.

If you have children in public schools, the next time you visit their school takes a good look around.

Because according to the Farmers & Hunters Feeding The Hungry (FHFH), 1 in 6 American children has no idea where their next meal is coming from.

One out of six children you see at your child’s school is going hungry at home. It’s unsettling to think about, but it’s true.

Here’s what the FHFH says about the impact this has on children:

“Although food insecurity is harmful to any individual, it can be particularly devastating among children due to their increased vulnerability and the potential for long-term consequences.  Children who are denied an adequate diet are at a greater risk than other low income children of not reaching their full potential as individuals.

Children who are undernourished have trouble concentrating and bonding with other children and are more likely to suffer illnesses that force them to be absent from school.

They consistently perform more poorly on standardized tests. Poor performance early in school is a major risk factor for dropping out of school in later years.

According to labor statistics, educational attainment is perhaps the greatest indicator of job and income mobility, so the impact of childhood hunger can be lifelong.

Studies have also shown time and time again that even mildly undernourished children may potentially suffer abnormal brain, cognitive, and psychological impairment that, if not corrected, can be irreversible.”

While adults continue to bicker over the legality and morality of how we should fund programs to help these kids, more and more children are going to bed holding their rumbling stomachs.