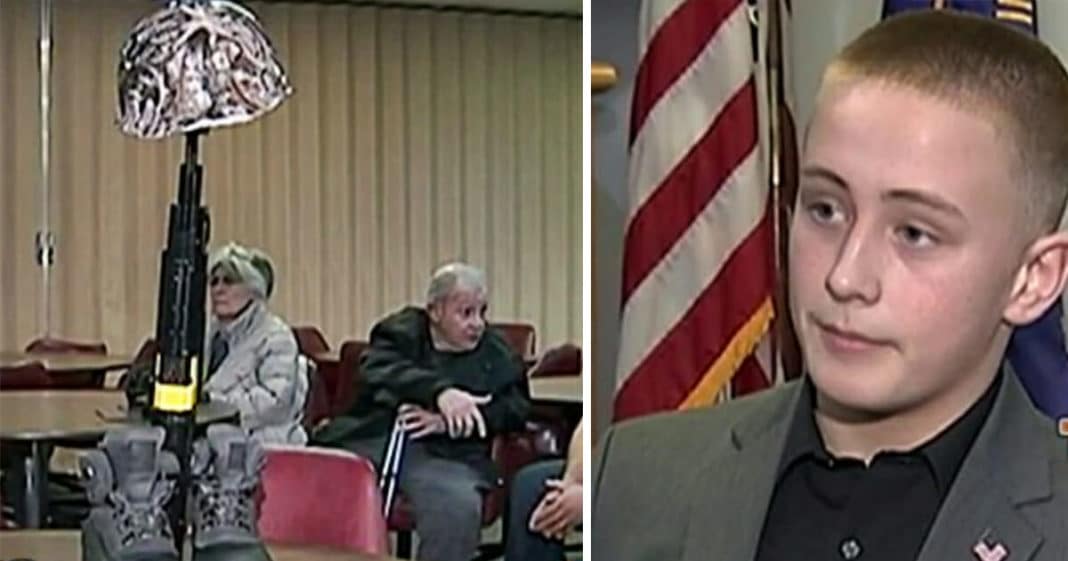 There’s no such thing as a monument too big or a tribute too engaging when it comes to honoring the sacrifice of our nation’s fallen soldiers.

After all, these Americans gave their very lives to secure the freedoms and liberties we hold dear and enjoy daily.

To ignore this truth is quite frankly despicable.

Middle school student Tyler Carlin understand this all too well. When the student asked faculty at Celina Middle School if he can create a physical representation for his history class, he decided to dedicate his project to all the soldiers who died in service to his country. 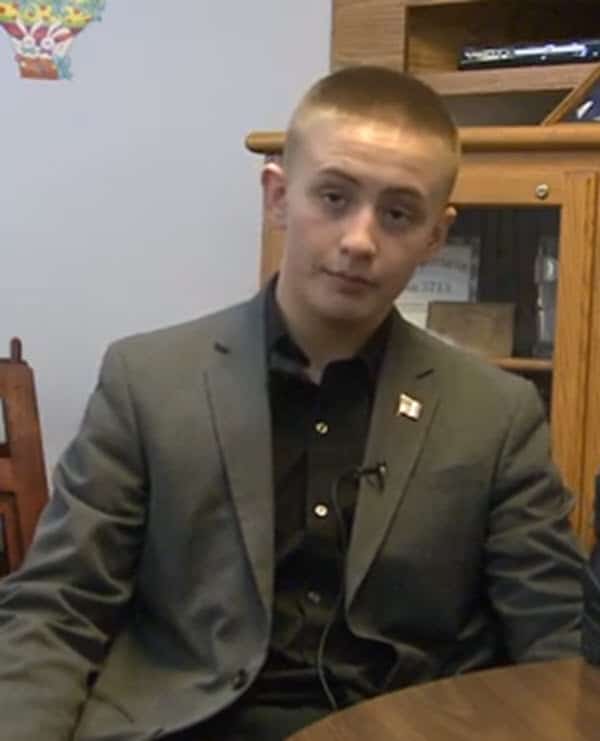 He labored for a long time constructing his model, and the result was a proud reflection of his hard work and meticulous planning.

Unfortunately, the fruits of Tyler’s efforts did not receive the reception he expected.

By cleverly assembling a nerf gun, helmet, and boots, Tyler was a recreate a replica of the famous “Battle Cross” monument. 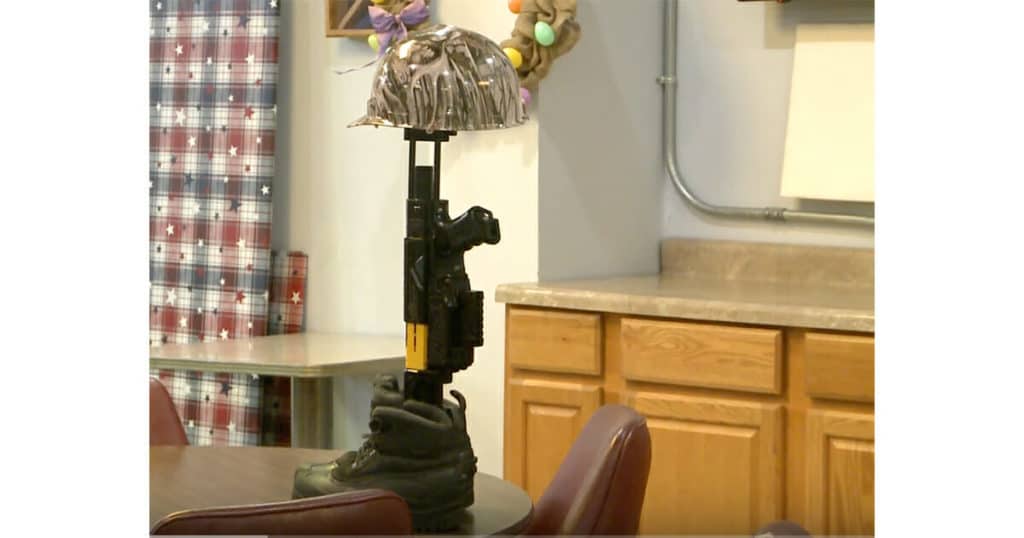 Sadly, not everyone saw Tyler’s tribute in a positive light. The 13-year-old was marched to the principle’s office as soon as he entered his school. He was after that handed a 3-day suspension for as The Todd Starnes Show described as “bringing a look-alike weapon to school and creating a disturbance.” 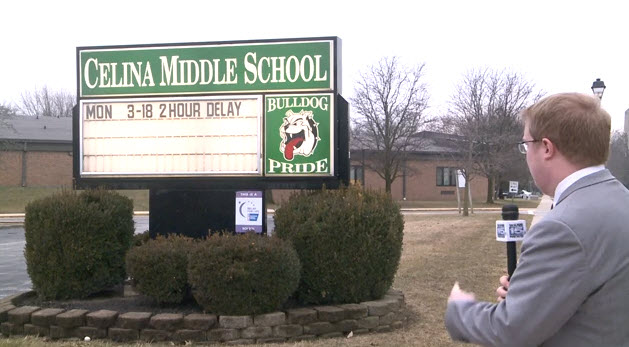 Although his history teacher pre-approved the project, Tyler was stopped by another school official shortly after he walked into school with his replica. He was then instructed to leave the replica in the administration office.

They then informed the young man that he could give the presentation as planned without his replica.

“This means so much to me because that was the last chance that… the military, their friends got to say goodby to them and then they had to go back out and fight. Also, my dad’s friend is like a grandpa to me. And he, like, showed me his war stories from Vietnam… he just showed me all about that.” 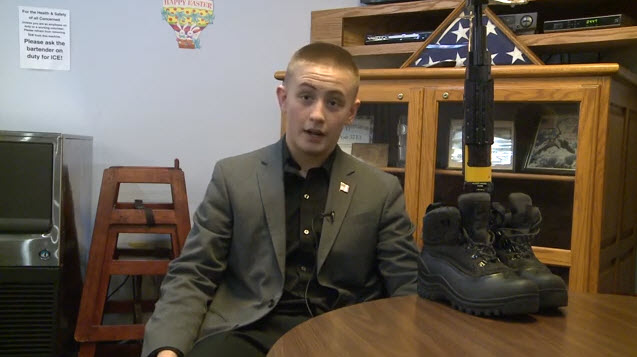 It didn’t take long before word of Tyler’s punishment spread. The backlash at school administrators was fierce, with other students rallying to support Tyler by protesting the treatment of their fellow classmate.

“The community is standing behind me on this,” Carlin explained. “They held a protest.”

Tyler’s parents were not happy about the school’s decision either. Even though under pressure, the school changed their son’s charge from bringing a fake weapon and causing a disturbance to “insubordination,” the family’s attorney confirmed that Tyler and his parents are going to fight the charge on his record.

Furthermore, Tyler’s story continues to spread as more and more people are coming out to support him. However, the school district still stubbornly stands in opposition to the child’s pure-hearted patriotic display, and are unwilling to remove the suspension and charge from Tyler’s record.

Of course, a student should not be allowed to bring fake or real weapons to school. However, there’s also such a thing as context. If the school was putting on a play about the Roman Empire, would they suspend students for bringing fake plastic swords, spears, and shields?

Sadly, since common sense seems to be in short supply for these school administrators, we can’t be sure of the answer.