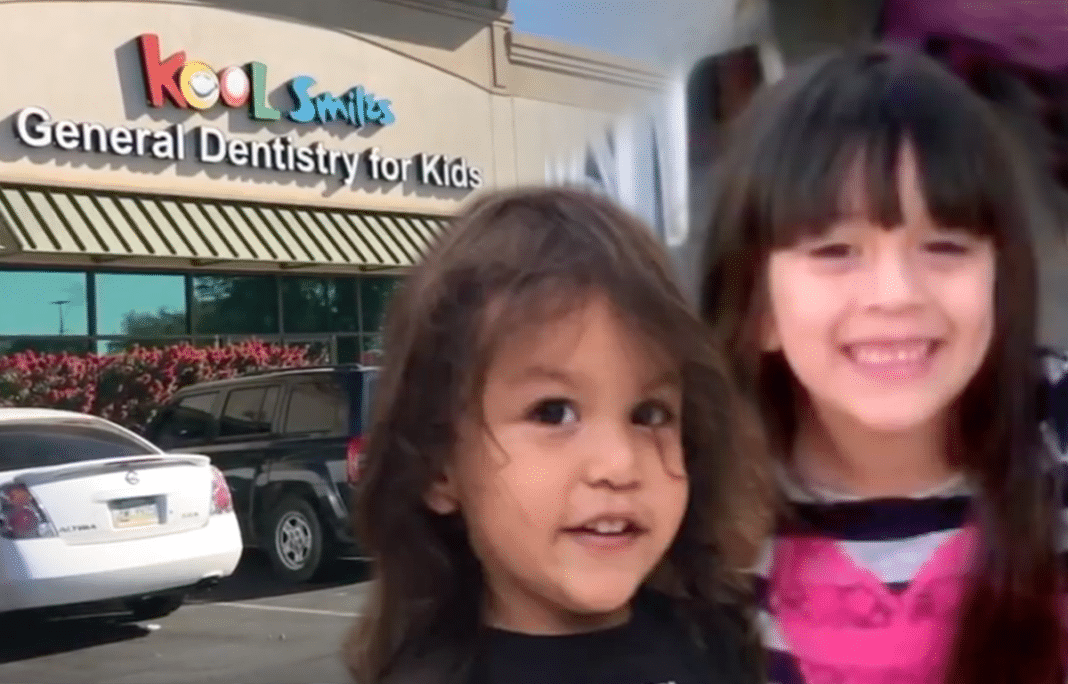 A Kool Smiles dental office in Yuma, Arizona is facing two lawsuits after the deaths of two children who visited their popular children’s dental chain for care.

A 4-year-old girl named Lizeth Lares died in after visiting the Kool Smiles Yuma location for a “routine tooth extraction” in 2016.

“They took half of my heart. They took something from me that…never come back,” said mother, Francisca Lares.

The family claimed they took Lizeth back to the dentist the day after the procedure when she had a fever. They allege the dentist told them to return home and that she would be fine. Days later, Lizeth passed away. An attorney representing the Lares family, Marco Mercaldo, believes negligence led to her death.

“A reasonable dentist should have, we content, recognized that this infection had spread and was something that needed urgent attention,” Mercaldo told ABC News. (See video below)

A spokesperson for the dentist “strongly denies the allegations” saying there was “no relationship between the dental care and the child’s death.”

A spokesperson for Kool Smiles said that Lizeth’s death was “tragic,” but insisted that the dental office had advised the parents to take the little girl to the doctor for cold-like symptoms unrelated to the dental work.

A 2-year-old boy also died on December 20, 2017, after visiting the same dental office. Zion Gastelum stopped breathing after procedures on nine of his baby teeth including root canals and crowns on six of them, according to the Daily Mail.

“He was fine. He was good. Nothing wrong with him. He went in for a procedure,” said father, Joseph Gastelum.

The Gastelum family is suing for negligence and medical malpractice, alleging that a staff member repeatedly muted his heart monitor and hooked Zion up to a faulty or empty oxygen tank that resulted in his death. Zion died four days at the Phoenix Children’s Hospital after visiting Kool Smiles.

The lawsuit alleges that the boy was left alone in the recovery room after a staff member silenced the alarm on the pulse oximeter. The monitor would have warned the staff if Zion’s pulse and oxygen saturation levels were abnormal. Later at the hospital, he was diagnosed with brain damage from lack of oxygen.

According to ABC 15, the dentist told officers the procedure went “well” and lasted for about 35 minutes.

Zion’s mother, Veronica Gastelum, alleges that she entered the room and witnessed a staff member mute the alarm repeatedly.

“‘Shortly thereafter, the alarm went off an additional three to four times – each time silenced by the Kool Smiles staff member – until the staff member finally removed the monitor from Zion and stated that the device does not work on children,’ the lawsuit claims.”

“We have his urns on our dresser and we kiss him every day, that’s the only way we can and we do so we talk to him and we tell him that we love him.”

“Everybody is just broken, and no we’re not okay,” said Veronica Gastelum.

“Our hearts are breaking for Zion’s family at this very sad time. We have safely and compassionately provided needed dental care through more than 19 million patient visits.”

An anesthesiologist contracted by Kool Smiles, Aaron Roberts, reportedly worked with Zion the day of the incident. The Maricopa County Medical Examiner’s Office ruled the cause of Zion’s death as “undetermined.” However, the Arizona Dental Board of Examiners met to discuss Roberts over the summer, according to ABC 15. Roberts and the Board entered into a “consent agreement” which placed his anesthesia permit on probation and required him to receive continued education.

One board member lambasted Roberts at a public meeting.

“Our hearts go out to the Gastelum family. This was an isolated and unfortunate incident. There are a number of factors unknown to the press or public, but as a matter of policy, we cannot comment on pending or active litigation. We feel that Dr. Roberts will be fully vindicated. He will be pleased to speak with the media, but not until the conclusion of the litigation. We have no further comment.”

Zion’s grandmother, Norma Yarrito, offered advice to parents who take their children to see the dentist.

“When they take their kids to doctors, dentists, they need to be present at all times.”

Just love your kids with all your heart, because you never know what’s going to happen,” she said.

“Zion was a very happy, joyful, peaceful, and humble little boy. He was just full of love.”

A mother who brought her little girl to Kool Smiles at the same time as Zion told ABC 15 that the staff carried on with business as usual after Zion was taken out of the office on a stretcher.

See her story below:

The lawsuit from the Gastelum family takes aim at the Kool Smiles franchise, noting “a settlement with the Department of Justice in 2018 amid accusations some Kool Smiles clinics submitted false claims for unnecessary procedures.”