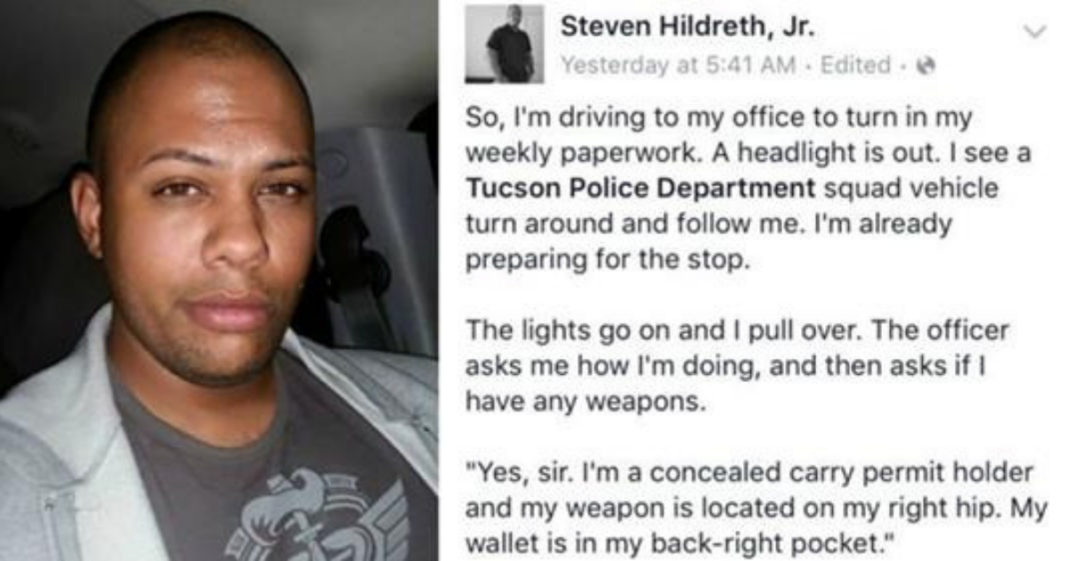 In the original Facebook post, which has been shared 394,640 times, Hildreth explains what happened when he got pulled over by police officers. Note: he is a concealed carry permit holder and had his gun on him. 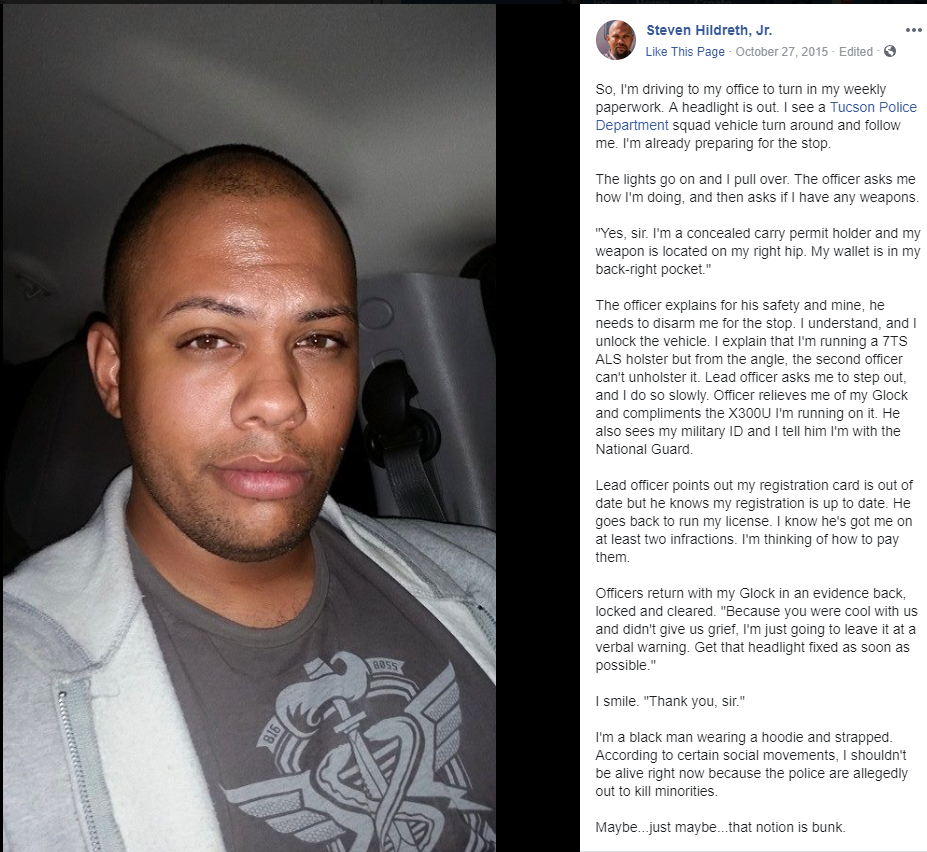 So, I’m driving to my office to turn in my weekly paperwork. A headlight is out. I see a Tucson Police Department squad vehicle turn around and follow me. I’m already preparing for the stop.

The lights go on and I pull over. The officer asks me how I’m doing, and then asks if I have any weapons.

“Yes, sir. I’m a concealed carry permit holder and my weapon is located on my right hip. My wallet is in my back right pocket.”

The officer explains for his safety and mine, he needs to disarm me for the stop. I understand, and I unlock the vehicle. I explain that I’m running a 7TS ALS holster but from the angle, the second officer can’t unholster it. A lead officer asks me to step out, and I do so slowly. Officer relieves me of my Glock and compliments the X300U I’m running on it. He also sees my military ID and I tell him I’m with the National Guard.

The lead officer points out my registration card is out of date but he knows my registration is up to date. He goes back to run my license. I know he’s got me on at least two infractions. I’m thinking of how to pay them. 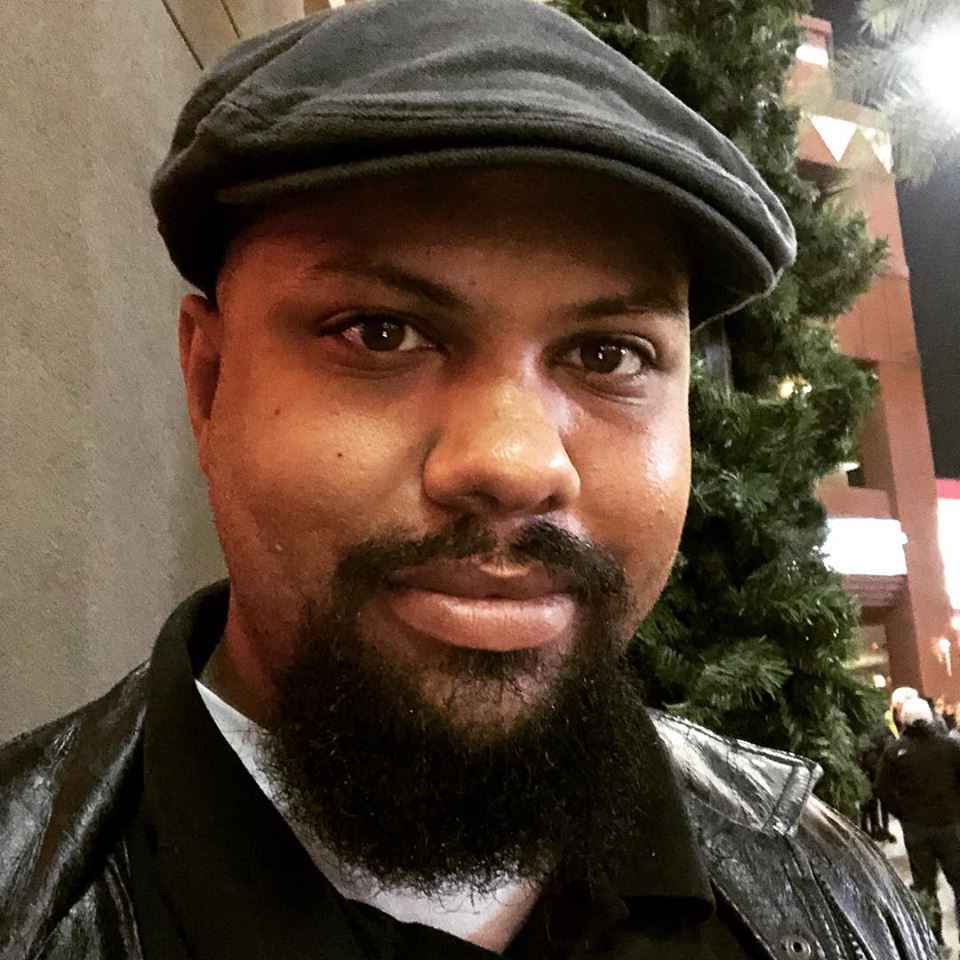 Officers return with my Glock in evidence back, locked and cleared. “Because you were cool with us and didn’t give us grief, I’m just going to leave it at a verbal warning. Get that headlight fixed as soon as possible.”

I’m a black man wearing a hoodie and strapped. According to certain social movements, I shouldn’t be alive right now because the police are allegedly out to kill minorities.

Maybe if you treat police officers with respect, they will do the same to you.

Police officers are people, too. By far and large, most are good people and they’re not out to get you.

We talk so much about the bad apples who shouldn’t be wearing a badge. I’d like to spread the word about an example of men who earned their badges and exemplify what that badge stands for.

EDIT: In my rush to post, I accidentally omitted that my wallet was in the back right pocket, near my firearm. This was the primary motivation for temporary disarmament. The post has been modified to reflect that.

Again, I’d like to thank the TPD and their officers for their consistent professionalism, courtesy, and the good work that they do, both in this particular contact and every day.

In October of 2015, Hildreth met with the Tuscon offers who pulled him over, Rafael Rodriguez and Anthony and thanked them for their professionalism. Together, they discussed the criticisms concerning police work in the U.S. 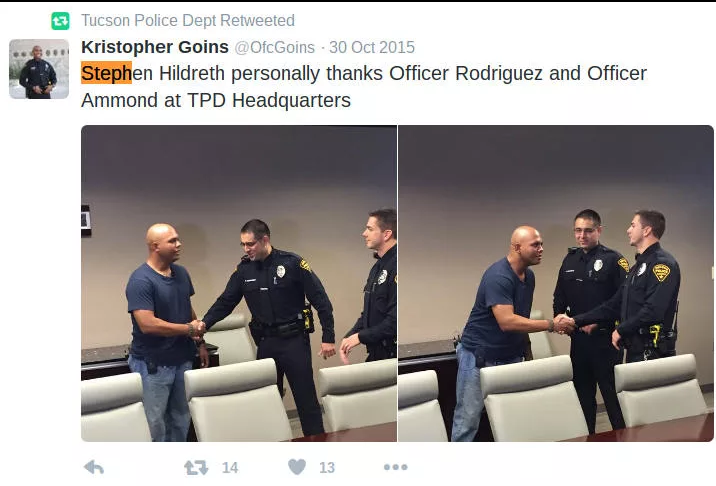 Fortunately, we’re grateful that Mr. Hildreth’s experience was better than that of Philando Castille, who was killed in the exact same scenario. It’s all in how the stars are aligned. When things run smoothly and police officers correctly do the job they’re trained to do, they don’t get enough positive attention. Hats off to these two good cops.