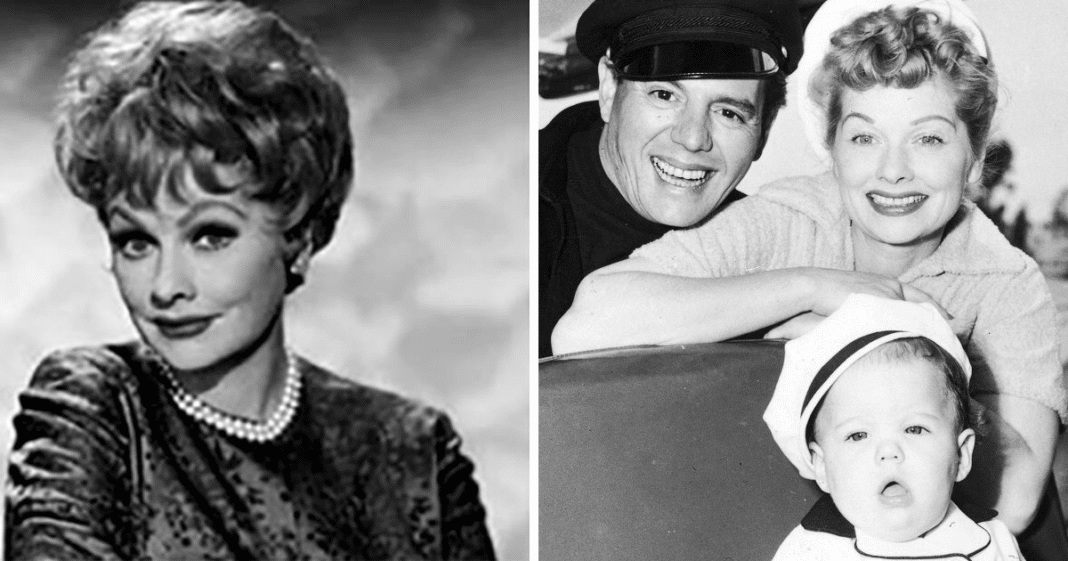 Hollywood legend Lucille Ball may have left us three decades ago, but she’s still loved and remembered by millions.

As the topic comedic actress in the 1950s, she made her claim to fame via the “I Love Lucy” TV show while co-starring on the show with her real-life husband, Desi Arnaz.

Before finding fame on the small screen, she started her career as a model and then film actress.

By the end of her career, Lucille Ball had starred in over 70 movies.

While Lucille made the comedy of her show look natural and effortless, in reality, she was a serious artist who meticulously rehearsed every line and facial expression so that each scene was executed with perfection.

One of the most memorable episodes of her show is when her on-screen character Lucy gives birth to little Rick, on the same day the real-life Lucy delivered their son Desi Jr. by cesarean. Now that’s how you define tough!

It made for a groundbreaking moment in television history, as CBS up to that point insisted that you couldn’t show pregnant women on TV.

The show continued its run from 1951 to 1957 and was the number one show for four of those seasons.

Lucille made history again when she bought Desilu Productions, which made her the first woman in Hollywood history to run a major television studio.

However, today her great-granddaughter is all grown up and bears an uncanny resemblance to her iconic great grandmother.

Desiree Anzalone not only looks like her grandmother but also shares her fighting spirit.

Cheers to ya, happy Friday party peoples ? ? by : @jessrobertsphotography

Lucille’s son Desi Jr. fathered Desiree’s mother, Julia during a relationship he had with a model when he was only 15-years-old.

Julia and her father hadn’t seen each other for years until they were reunited in the 90s. However, this was after Lucille Ball had passed away, which meant she never got to meet her grandmother.

Julia was pregnant when she learned of her grandmother’s passing.

I was very pregnant with my daughter Desido and I remember just falling to my knees knowing I’d never get the chance to ever met my G-ma- in this lifetime,” Julia wrote in a post on Facebook.

RIP to my beautiful grandmother~ This was a very difficult day for me to have to find out through the news. I was very…

Julia decided to name her daughter in honor of her Emmy Award-winning grandmother, whose middle name was Desiree.

This year Desiree turns 30 and lives as a photographer with a degree in writing from the University of North Texas.

Desiree was only 25, years old when she was diagnosed with breast cancer and battled through grueling treatment, but ultimately claimed victory over the disease.

This young woman has proved to have a fighting spirit that her great-grandmother would most certainly be proud of.