Legendary actress and singer Doris Day has died at age 97 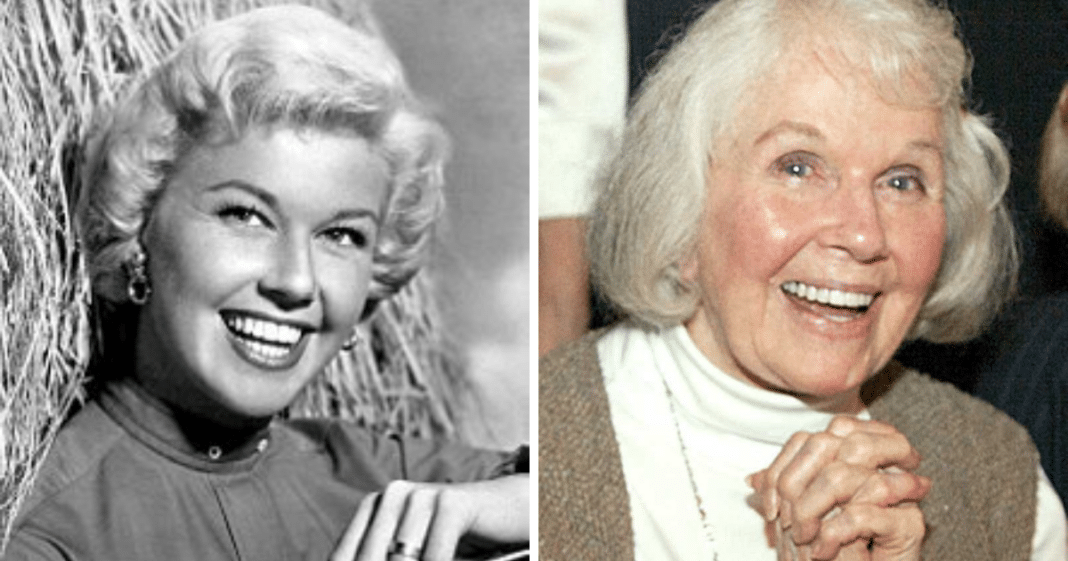 Hollywood legend Doris Day has died aged 97, according to reports.

The Daily Mail says that her death was announced today by the Doris Day Animal Foundation, though the cause of death has not yet been confirmed.

“Day had been in excellent physical health for her age, until recently contracting a serious case of pneumonia, resulting in her death,” the foundation said in an emailed statement.

The foundation also said she requested “no funeral or memorial service and no grave marker.”

The tragic news comes just over a month after we published an article celebrating the singer’s 97th birthday.

Day, the honey-voiced singer and actress whose film dramas, musicals and innocent sex comedies made her a top star in the 1950s and ’60s and among the most popular screen actresses in history.

May she rest in peace.

A birthday is an occasion for the honored person to request that favorite treat, and Doris Day is no exception. On her 97th birthday on April 3, 2019, the legendary star plans to enjoy her No. 1 special dessert: Edy’s slow-churned chocolate fudge ice cream.

“Doris will be spending a quiet birthday at home again this year surrounded by a few close friends,” her business manager Bob Bashara revealed. “She always gets lots of phone calls wishing her happy birthday. And, in the evening, she’ll enjoy a special birthday dinner followed by cake and ice cream.”

Chocolate dreams are only the beginning of the legend’s birthday celebrations.

The songstress’s adopted hometown of Carmel-By-The-Sea, California – where she moved in the 70s – is hosting the Doris Day Animal Foundation this link opens in a new tab Annual Benefit at the Cypress Inn on March 28th.

To mark the 60th anniversary of one of Miss Day’s most popular films, Pillow Talk, co-starring her close friend Rock Hudson, the Cypress Inn will offer a Pillow Talk cocktail, featuring vodka, Chambord and pineapple juice.

At the benefit, partygoers will celebrate the 60th anniversary screening of the film Pillow Talk, which co-starred Day and Rock Hudson, and a celebrity Q&A moderated by TCM’s Ben Mankiewicz. Also planned is a live auction of rare, signed Pillow Talk memorabilia, including a signed poster, script and Doris and Rock “Barbie” dolls.

Following the screening will be a Q&A with some of Day’s friends including comedian and impressionist Rich Little, and Hollywood Squares host Peter Marshall, as well as a live auction of a signed Pillow Talk script and other memorabilia.

On Saturday, a performance will be held by Little, pianist Michael Feinstein will play favorites from the American Songbook, followed by a second auction to benefit the Doris Day Animal Foundation, featuring artwork painted and signed by the one and only Tony Bennett.

Doris Day's annual birthday photo for 2017. She looks great for 95! Happy birthday, Doris! We love you!

“I am so thrilled to have Michael Feinstein performing this year at the fundraiser for my animal foundation,” Doris said statement. “So many of my friends and co-stars will be joining him for the weekend activities and it’s all to help the precious four-leggers.”

In 2017, one day before Day would celebrate what she thought was her 93rd birthday, the Associated Press reported that Day was actually 95, which was reportedly a surprise to Day herself, who always thought she was born in 1924, making her two years younger.

The AP obtained a copy of Day’s birth certificate, which states that Doris Mary Kappelhoff was born on April 3, 1922, making her 95. Her parents were Alma and William Kappelhoff of Cincinnati.

Day’s publicist, Charley Cullen Walters, told ABC News that it’s possible that Day had written her age incorrectly on an audition form when she was young.

Since stepping away from Hollywood over three decades years ago, the beloved star has devoted her time to animal-rights, founding the Doris Day Animal Foundation in 1978 to help rescue and protect animals.

All proceeds from the weekend birthday celebration will also benefit the foundation.

Happy Birthday, Miss Day! We wish you many more years of happiness.