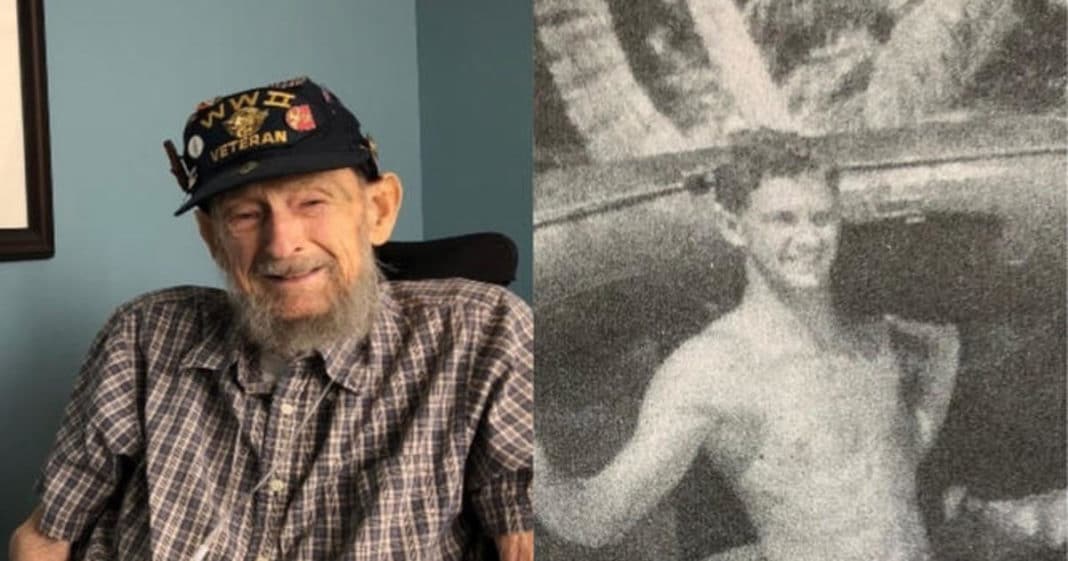 Bill Dawson, the last living member of the very first U.S. Navy SEAL team, just celebrated his 94th birthday earlier this month, and CBS News visited him to hear stories only he could share.

Dawson is now in a wheelchair and uses oxygen, but at one time he was a charter member of one of the most elite special operations teams on the planet.

The veteran from Washington D.C. was only 17-years-old when he enlisted in the Navy, and he and his fellow teammates were deployed on dangerous, life-threatening top-secret missions. 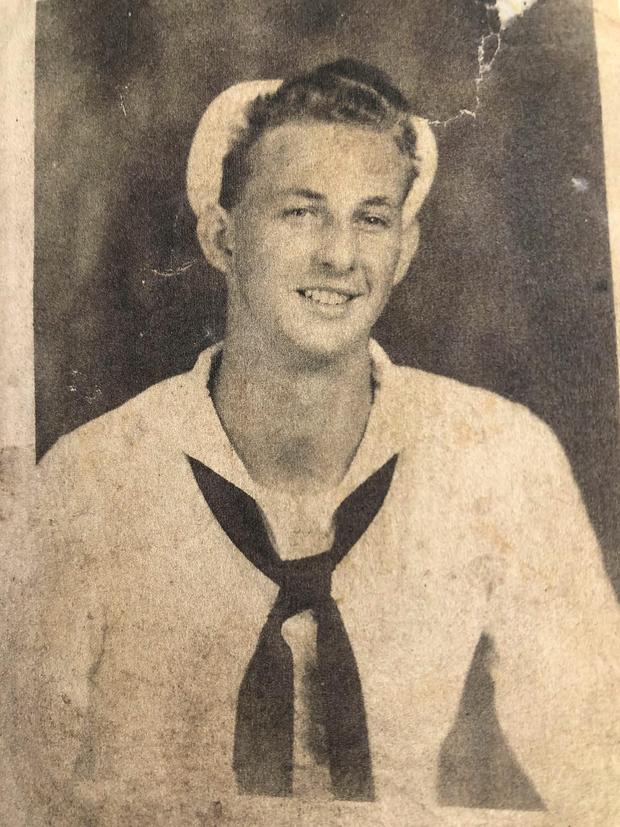 Before they were known as Navy SEALS, they were called Frogmen.

“There was no such thing as SEALs, so Frogmen seemed like an appropriate name,” Dawson told CBS News.

Dawson served during WWII in the Pacific arena from 1943 to 1945 when the Japanese surrendered.

As the last living Frogman, he finds himself alone with no other soldiers from his time to relate to.

But he does have “the book,” which is a three-ring binder that is so stuffed with information, it measures roughly six-inches thick.

“Everything we did was top-secret,” Dawson said. “You weren’t supposed to keep a log of any information. But I managed to keep my scrapbook.” He kept a diary and took countless photos while traveling between Japan, Papua New Guinea, Boreno and other Pacific islands. “I’ve got some pretty good pictures. It tells a story,” he said of his thick binder. 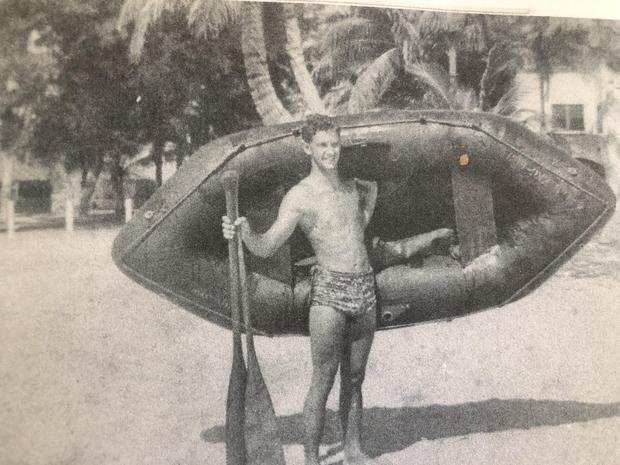 Since the beginning, Dawson was a bit of a rebel.

When he missed the deadline to apply for the unit, he didn’t take no for an answer.

Instead, he snuck through a window to add his application into the pile. He was eventually picked for a spot on a team of 10 specializing in explosives.

As a member of the new Naval Combat Demolition Unit, Dawson did not know much at first about what his job entailed.

“They couldn’t tell us a whole lot about it. Because everything was top-secret,” he said. “But one thing they did tell us, was that you learned to blow things up.”

“Of course I was scared,” he said. “Anybody tells you they wasn’t scared, I’ll call them a liar.” He said it isn’t about not being scared — it’s about what you do when you are scared.

Dawson said that he and his unit soon became a close-knit bunch during their tour overseas. Once they were all discharged, he would still visit his former teammates all across the country. The majority of them kept in touch. 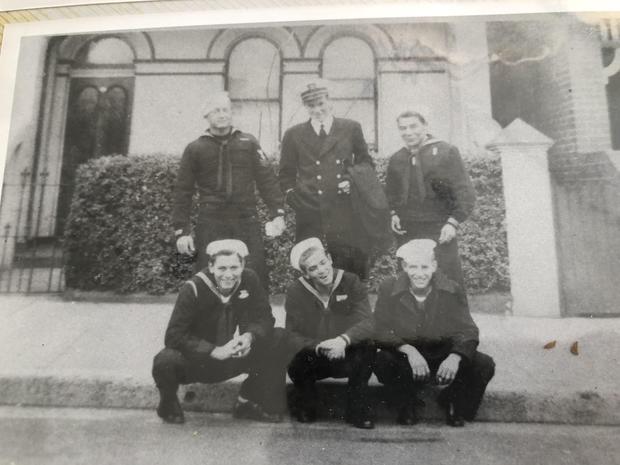 But now, as the last remaining member of the team, Dawson has a hard time reminiscing.

After he finished his service in the Navy, Dawson took on another dangerous job. He was a Washington D.C. firefighter for more than 20 years and still gets together with his fellow retired firefighters.

“Great group of men,” he said of the firefighters he worked with. “Same way in the fire department as in the SEALs. It’s teamwork. As long as you got teamwork, you got a company.”

Some of his friends had no idea about his colorful past until he published a book in 2015. the veteran Navy SEAL took his photos and diary entries and published “Before they were SEALs, they were Frogs.”

“I didn’t know about his past in the Pacific,” said his friend, Al Hurley, 90, who was a Washington, D.C. fireman with Dawson. “That’s the kind of guy Bill was – a very humble, well-liked guy.” 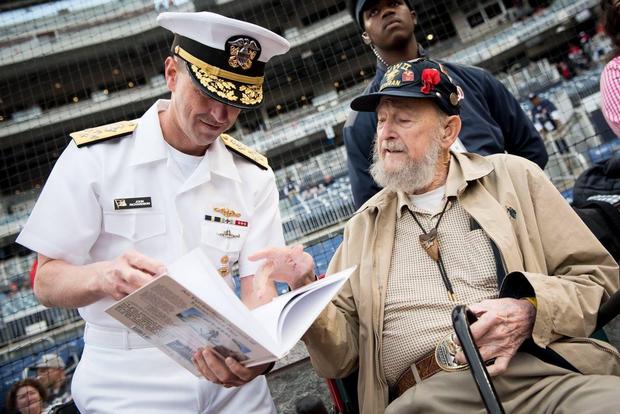 These days, Dawson is often seen at Navy reunions, wearing his WWII veteran cap covered in pins. While there haven’t been Frogmen since 1962, he said he’s proud of the Navy SEALs and what they’ve become.

“There’s nothing they can’t do. No place they won’t go.”

For his 94th Birthday, former firefighters and friends from his senior living home celebrated the retired Frogman.

“Well, he always makes ours!” one woman said. Dawson has had many roles throughout his long life – Frogman, firefighter and friend.

Dawson says some family members of his former team have reached out to thank him for putting together such a detailed account about their past as frogmen.

With his vast treasure trove of information, Dawson is the only person in the world who can tell their story. Most of their missions were completely undocumented, he said.

It is for that reason, Dawson doesn’t know if he’ll make it into Arlington National Cemetary, but he wishes that to be his final resting place.

What a remarkable national hero. We salute you, sir!