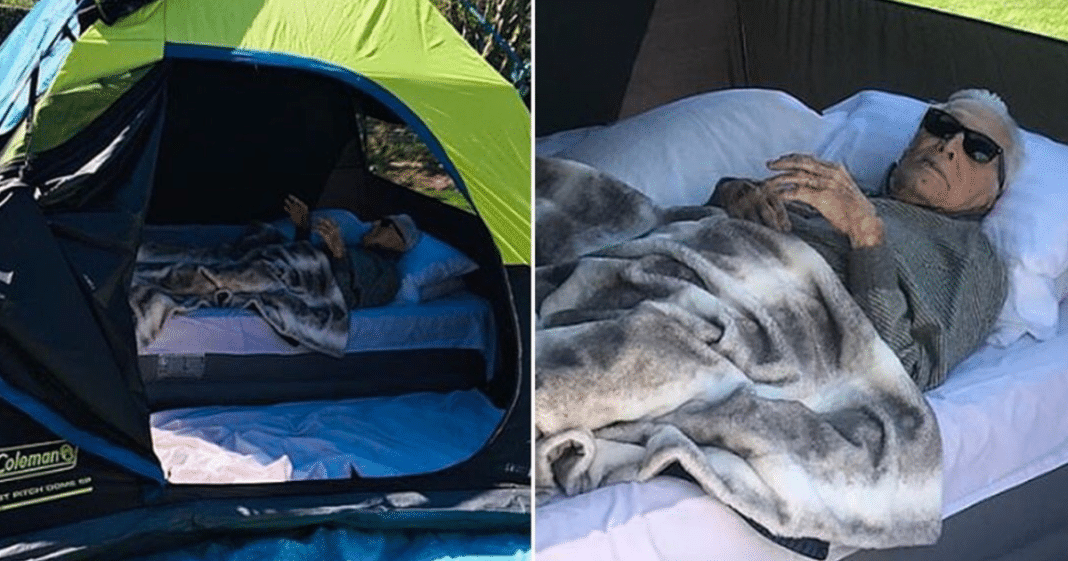 Recently, Hollywood legend Kirk Douglas was photographed resting comfortably in his ten in an Instagram photo taken by his grandson, Cameron Douglas that has since gone viral.

On Friday, the 102-year-old thespian was photographed relaxing on an air mattress inside of a green tent, which appears to be set up in a backyard. 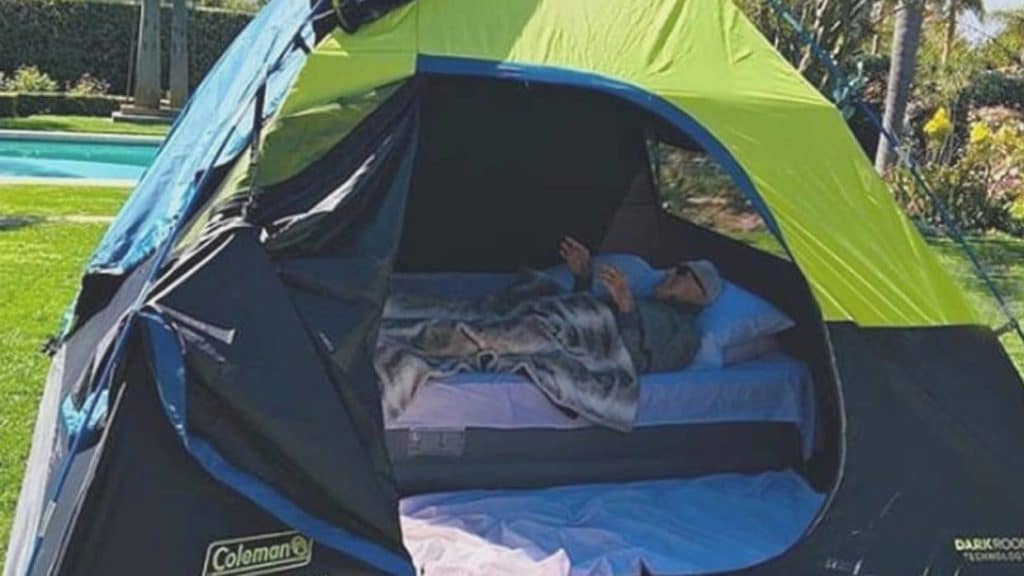 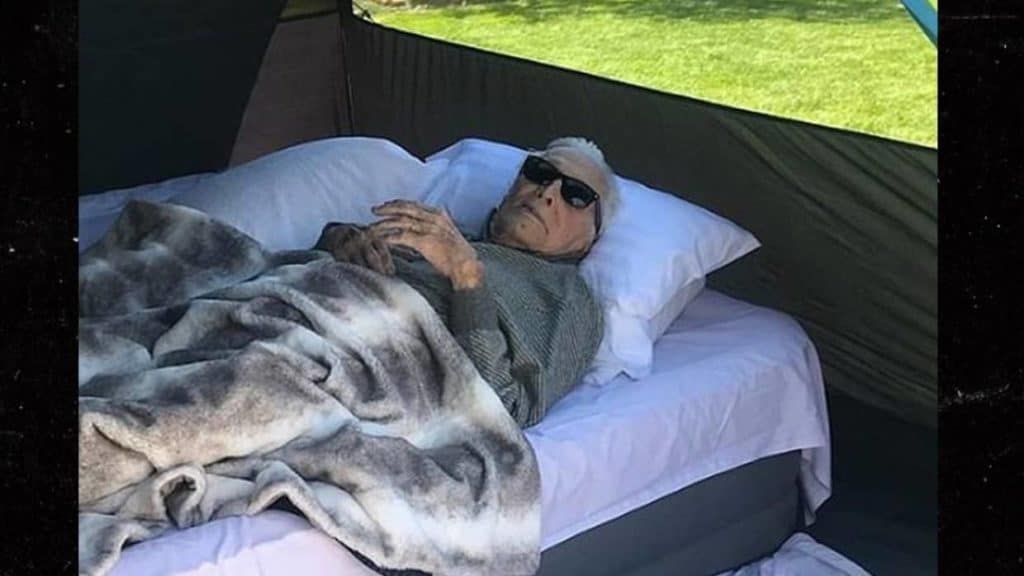 “This amazing man, my Pappy, is such inspiration in so many ways! Going camping at 102! #Spartacus#thrunthru ?@Lisa.”

Kirk Douglas' grandson Cameron shares photos of the actor enjoying the great outdoors inside a tent pitched in a backyard saying 'my Pappy, is such inspiration in so many ways! Going camping at 102!' ??? @cameronmorrelldouglas / @dailymail

The three-time Oscar nominee turned 102 on Dec 9 and celebrated his long life with his large family which included his son Michael and his daughter-in-law, Catherine Zeta-Jones.

The actress also shared a sentimental tribute to her famous father-in-law via an Instagram post, in which she posted photos of Kirk’s amazing life an career.

“Happy 102nd birthday to the most beautiful man,” Zeta-Jones captioned the post. “We love you Kirk.”

Her daughter, Carys, also wished her grandad a happy birthday, posting a throwback picture of her father, Michael, and her grandfather together.

“102 years young to my inspiration, my pappy,” she wrote in the caption. “I can’t put into words how much you mean to me. Happy birthday, I love you.”

102 years young✨ to my inspiration, my pappy. i can’t put into words how much you mean to me. happy birthday, i love you.

And as the actor grows older, he proves that he’s still as sharp as ever, despite suffering a stroke over 20 years ago in 1996.

Here’s an example of Kirk’s razor-sharp mind during an interview in which the actor talks about his relationship with the late-great Hollywood legend Gary Cooper.

In November, his son Michael revealed on Live with Kelly and Ryan that Kirk is a huge fan of FaceTime.

In December, Michael also shared that his dad remains skilled at betting on sporting events.

“He beats me all the time,” said the actor, who nabbed a 2019 Golden Globe nomination for his work in The Kominsky Method. “The last bet I made with him was for $100 on a Jets game — and I lost.”

“I’m a big sports junkie and my father knows nothing about [the games],” Michael added. “I can pick any team and he’ll just take the other one … and [yet] he cleans my clock.”

When Michael earned his star on the Hollywood Walk of Fame in November, Kirt was right there beaming with pride over his son’s accomplishment. And of course, his son sent him a special shout-out during the ceremony.

“It means so much to me, Dad, that you’re here today,” Michael said in his speech. “Thank you for your advice, inspiration, and I’ll say it simply and with all my heart: I’m so proud to be your son.”

“Seeing Kirk get emotional when Michael said, ‘I’m so proud to be your son, Dad’ — even now I think about it,” Zeta-Jones told PEOPLE Now later in November. “Kirk being there in his wheelchair — he was adamant. No way he was not going to be there.”

Kirk Douglas is an amazing man who continues to live a blessed and incredible life surrounded by his loving family.