Kirk Douglas celebrates 102nd birthday with beloved wife Anne Buydens, 99, by his side 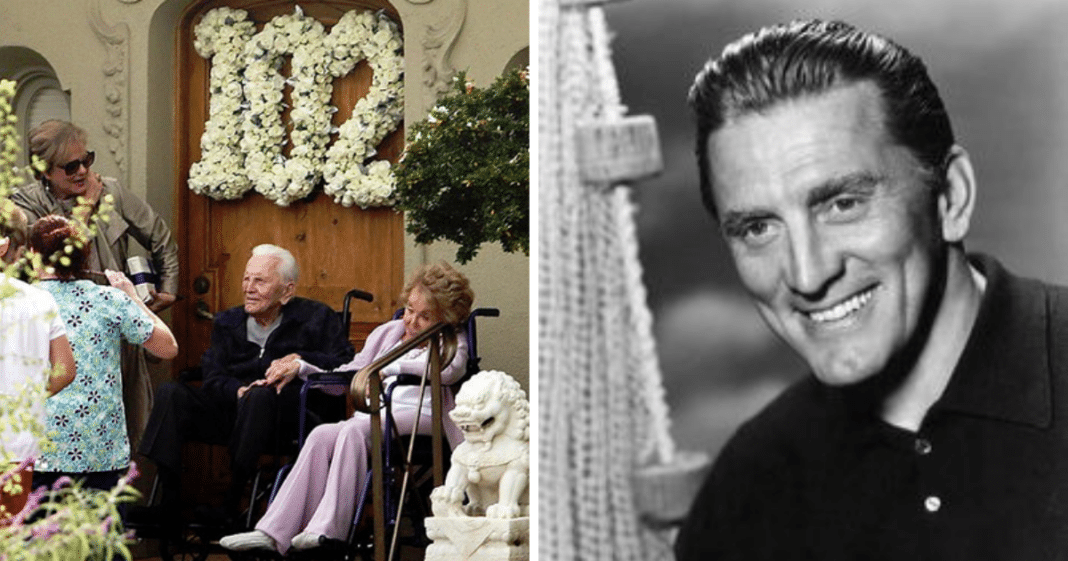 Kirk Douglas celebrated his 102nd birthday with his wife of 64 years Anne Buydens.

The actor posed for pictures outside his Beverly Hills home with his wife and greeted all of his many well-wishers.

Few Hollywood couples have ever had a relationship as enduring as Kirk and Anne’s.

And after 64 years of happy marriage, Kirk Douglas and his wife Anne Buydens are still inseparable.

Kirk’s daughter-in-law Catherine Zeta-Jones, who is married to his son Michael Douglas, paid a touching tribute to the actor. 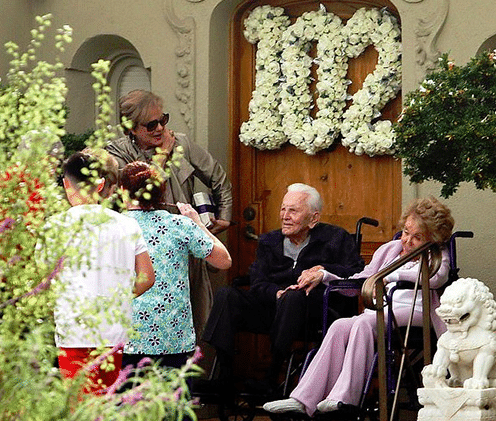 Catherine shared a video of her father-in-law, who is seen dancing with her son Dylan, while daughter Carys is playing the piano and singing Christina Aguilera’s Beautiful, with the caption:

‘Happy 102nd Birthday to the most beautiful man. We love you, Kirk.’

Cameron Douglas, Kirk’s grandson, also paid a touching tribute as he posted a throwback picture of him and his grandfather on Instagram with the caption:

‘Happy Birthday to a gentleman’s gentleman, with a true heart of gold,’

Happy Birthday to a gentleman’s gentlemen, with a true heart of gold ? We Love you Pappy! #102

Kirk’s son Michael Douglas mentioned his father in his speech when he recently received a star on the Hollywood Walk Of Fame. 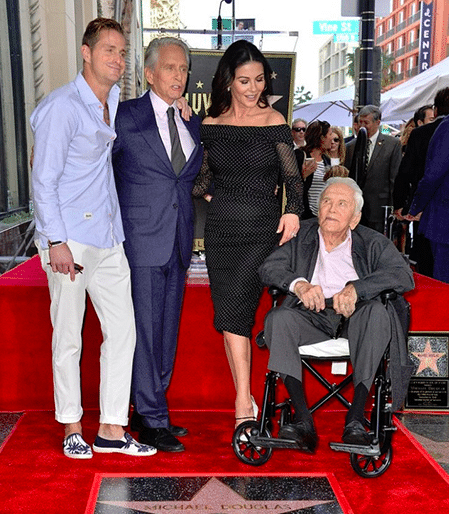 ‘My dad is here. In a month, Kirk will be 102 years old! It means so much to me, Dad, that you’re here today. Thank you for your advice, inspiration, and I’ll say it simply and with all my heart: I’m so proud to be your son.’

102 years young✨ to my inspiration, my pappy. i can’t put into words how much you mean to me. happy birthday, i love you.

Some things that happened in 1916, the year Kirk Douglas was born:

• Woodrow Wilson was elected to a second term as president, and Montana elected Jeannette Rankin to Congress, making her the first female representative. Women wouldn’t gain the right to vote nationwide for four more years.

• The first “super” market, Piggly Wiggly, opened in Memphis. At the time, some folks called it a “groceteria,” because of the innovation of allowing customers to gather their own items for purchase.

• Oh, and actress Olivia de Havilland was born. She’s a few months older than Douglas, since she turned 102 years old in July.

Happy Birthday, Kirk! Wishing you and your wife all the love and happiness in the world.