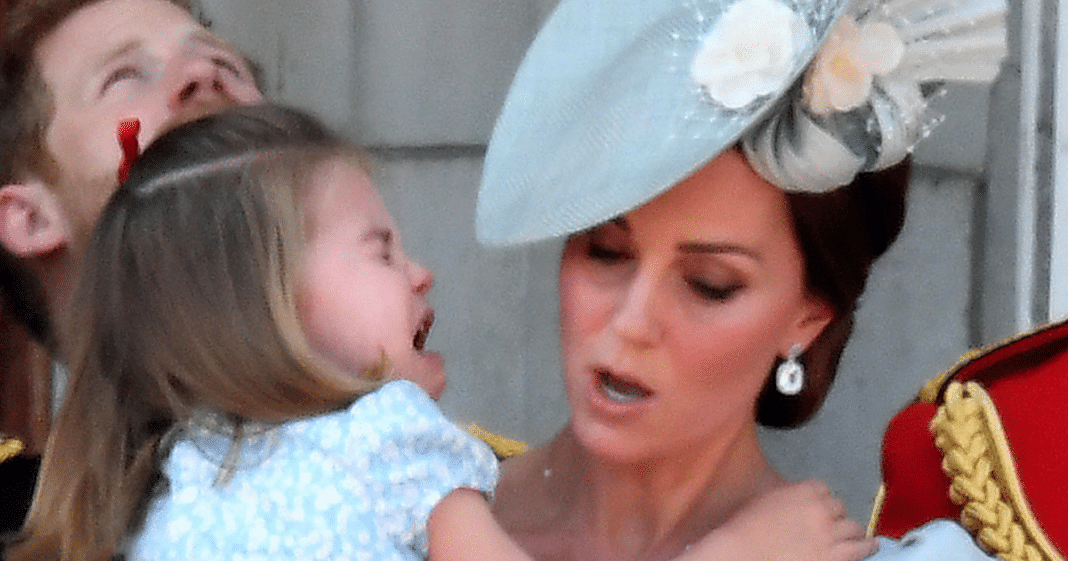 This past weekend in the United Kingdom, the people celebrated Queen Elizabeth’s birthday. Her Majesty’s actual date of birth is April 21st, but the public celebrates it during the first week of June in a ceremony called trooping The Color. This year, The Queen turned 92.

During this pomp and circumstance, the Queen and many royals parade down The Mall in carriages and on horseback before convening on the balcony of Buckingham Palace for a magnificent show of planes flying past.

This was Meghan Markle’s now the Duchess of Sussex’s first Trooping the Color. Many eyes were on the royals on the balcony on Saturday. Kate Middleton showed what quick mom reflexes she has when she caught Princess Charlotte as the 3-year-old became overly excited and took a tumble while watching the fly past.

The little princess was looking down into her Royal Air Force booklet in anticipation of the next plane to fly past. She leaned back and started to fall as she peeked over the balcony. Searching for stability, Charlotte became scared. Kate caught her daughter; she bent down to chat with the little girl before lifting her into her arms. 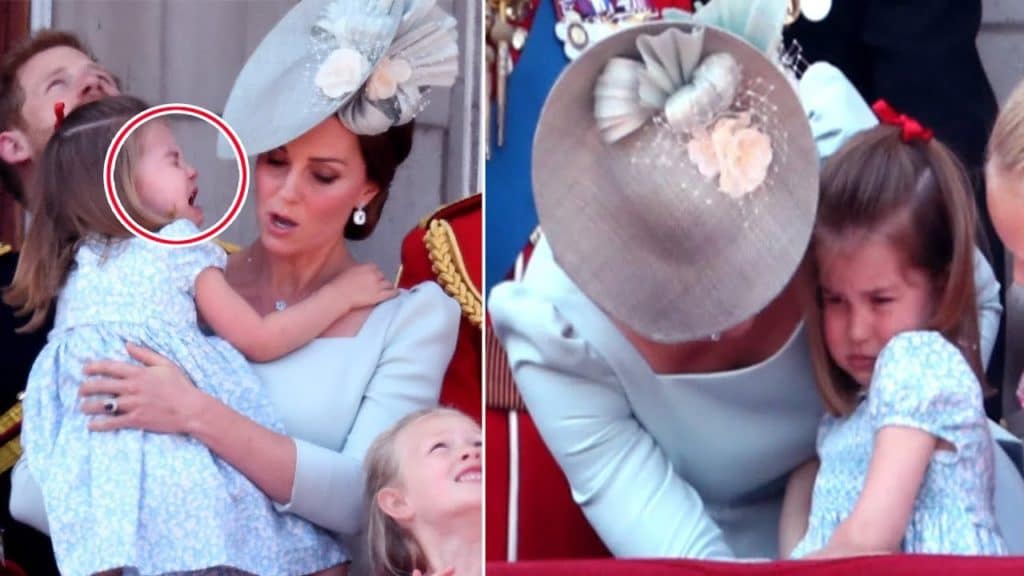 The once-shaken Charlette went on to enjoy the remainder of the air spectacle. Thank goodness Kate was able to quickly defuse the situation. Charlette stood beside her cousin, Savannah Philips.

This isn’t the first time little Charlette needed comforting. Last year, as she and the rest of her family were boarding the plane to return home from Hamberg, Charlette threw a temper tantrum on the tarmac. Even royal children will be like regular kids. They’ll fall and cry and need comforting too. Hopefully they all have loving adults to pick them up and make them feel better, too.