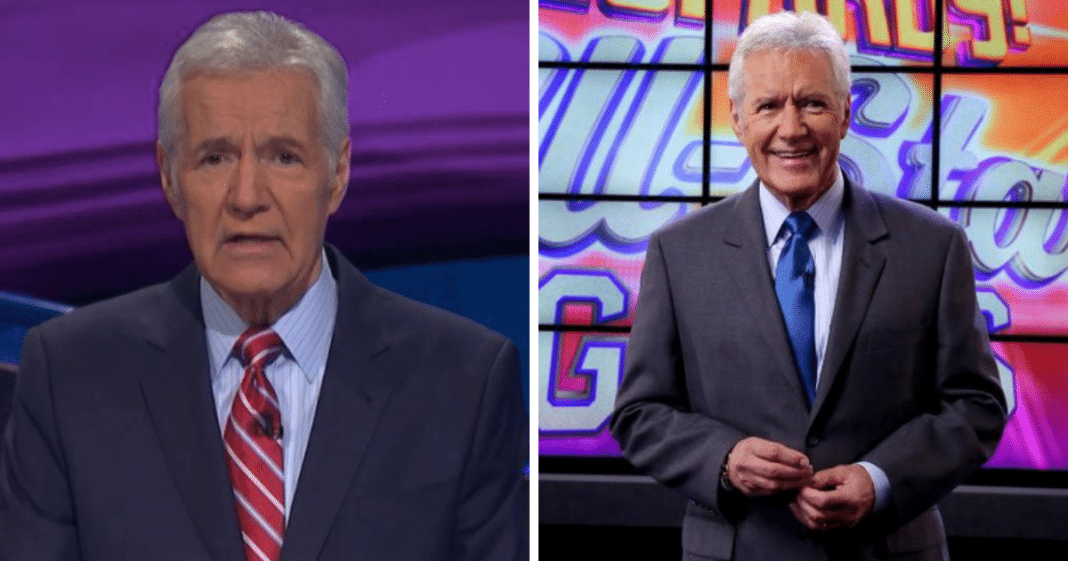 According to sources, the host of the long-running trivia game show Jeopardy plans to finish out the current season.

Sources also tell TMZ that upon learning of his diagnosis, Trebek immediately recorded a video message announcing the news.

Trebek not only plans to finish this season of Jeopardy but the bravely upbeat icon also vows to defeat cancer.

Sources close to the host says that he plans to begin chemotherapy immediately.

Alex even joked that his current contract calls for him to host the show for at least three more years.

Alex Trebek has been the face of Jeopardy since 1984 and has been the helm of the show’s tremendous success ever since, dominating other game shows such as Wheel of Fortune.

Despite the show’s success, the host remains humble.

Alex has always said that he isn’t the star of the show, and credits the game and the shows, contestants, for it’s continued success.

Originally from Ontario, Canada, Trebek got his start in 1961 announcing news and other events for the Canadian Broadcasting Corporation.

He quickly rose to fame by hosting a live music show and eventually moved on to a high school quiz show called “Reach for the Top.”

Alex moved to the U.S. in 1973 and started hosting a new NBC show called “The Wizard of Odds.”

He went on to work a variety of game shows until the early ’80s before landing his ultimate gig, Jeopardy!”

Few people know this, but Jeopardy is actually a revival of an older show by the same name.

The show became an instant hit, and Trebek’s trademark mustache even made news in the 2000s when the host decided to shave it off.

The 78-year old host once told Havey Levin during an episode of “Objectified” that he seriously considered retirement before signing a contract extension to secure his gig through the 2021 to 2022 season.

However, Trebek does have a couple of replacements in mind, a point which he made very clear.

Alex had to take a brief leave from the show back in 2018 to undergo surgery for blood clots in his brain after suffering a nasty fall.

However, Jeopardy! has never aired any episodes with a guest host.

Trebek is living proof that growing your knowledge is the key to living a long life.

Our prayers are with you, Alex!