Horror as massive fire rips through historic Notre Dame Cathedral: ‘Everything is burning’ 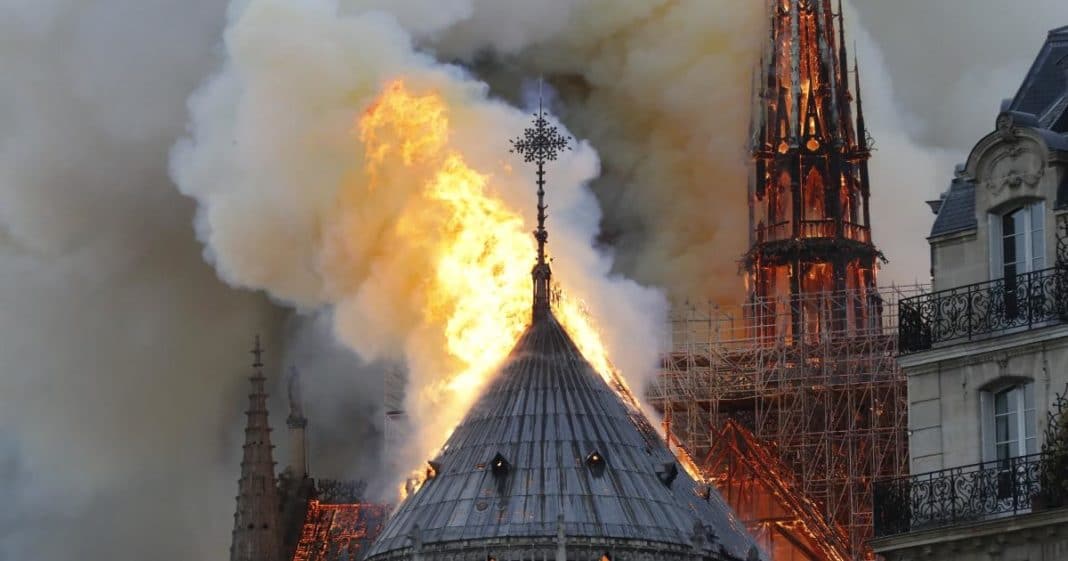 In breaking news, a massive fire has erupted at the historic Notre Dame cathedral in Paris on Monday. 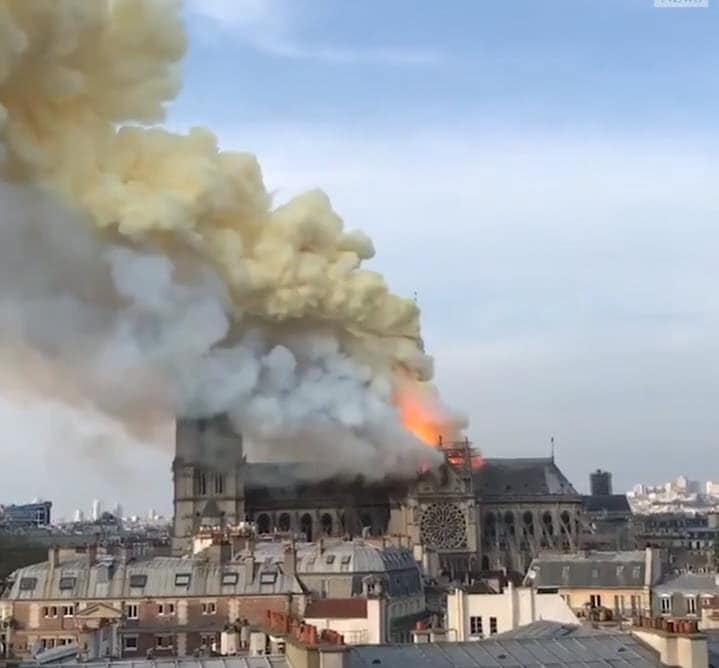 To the horror of the crowd of onlookers, the monument’s spire is was engulfed in flames before toppling to the ground.

The fire began out on scaffolding near the top of the 850-year-old structure just before 7 pm local time, according to Le Monde.

The fire then roared throughout the buildings church and up its central spire, which collapsed roughly an hour later as firefighters battled bravely against the intense blaze with water cannons. 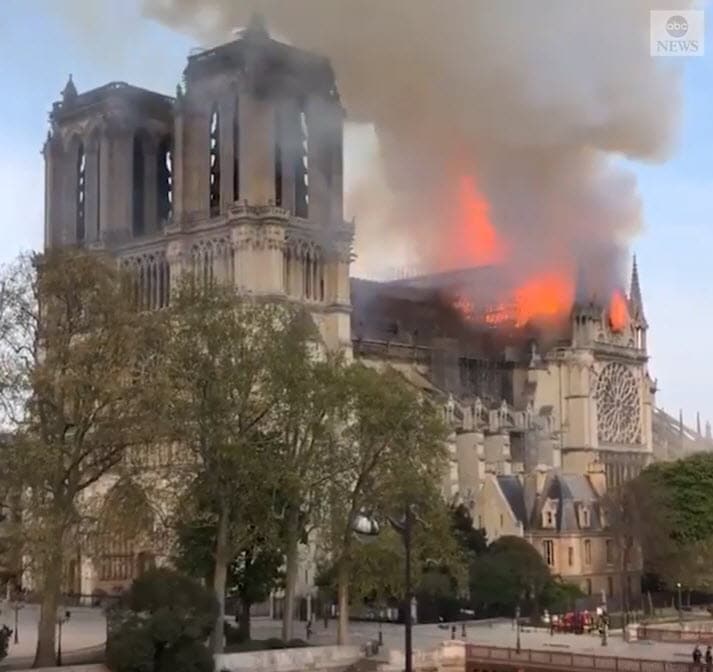 “I am sad tonight to see this part of all of us burn,” French President Emmanuel Macron tweeted.

A spokesperson for the cathedral said the building’s entire wooden interior would likely be destroyed once the flames have settled.

“Everything is burning, nothing will remain from the frame,” Notre Dame spokesman Andre Finot told local media.

While the cause of the fire isn’t immediately apparent, officials say that it may be related to the ongoing 6.8 million dollar renovation project taking place there.

Paris emergency services said they were trying to salvage the artwork stored in the cathedral.