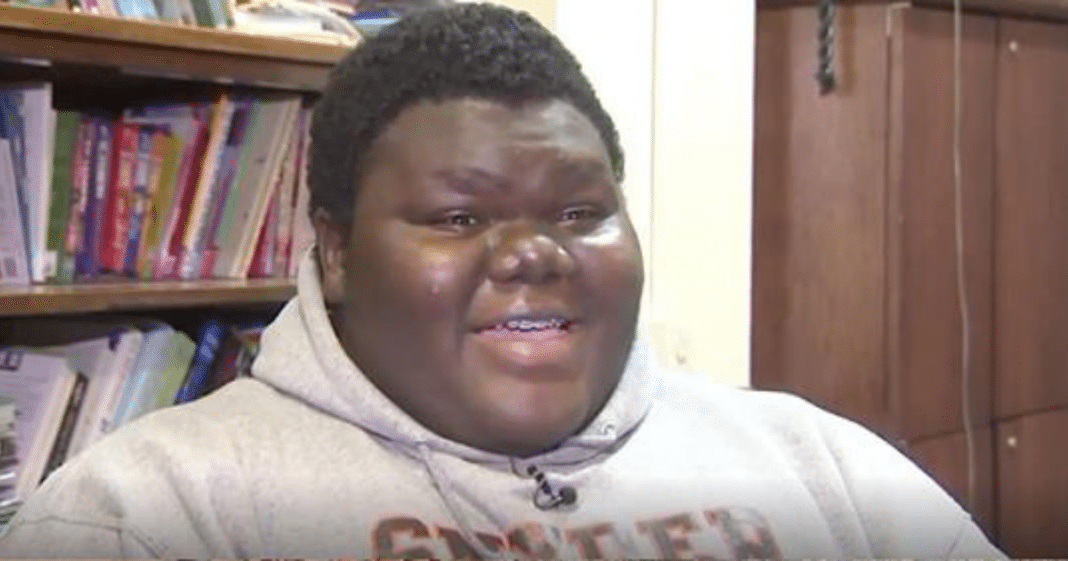 Dylan Chidick was only seven-years-old when his mother Khadine, and his two brothers relocated from Trinidad to the U.S.

However, a few years ago, Khadine became very sick and could no longer work. As if that wasn’t difficult enough, Dylan’s younger twin brothers have a severe heart condition called aortic stenosis which causes narrowing in the heart valve.

Nevertheless, the family somehow managed to fight numerous medical and financial issues with strength and determination.

But, the bills continued to pill up to the point where Khadine could no longer afford rent. Sadly, the family was eventually evicted from their home.

Having nowhere to go, Khadine and her children were homeless, living in a shelter for nearly two months.

In 2017, Khadine reached out to an agency called the Village of Families, who helps provide homes for neglected children. Thanks to their help, Dylan and his family was able to find a new home in Jersey City, New Jersey.

The teen was so inspired by his hardworking single mom, that he decided to follow through on his dream of becoming the first person in his family ever to attend college. He says he wants to major in political science and minor in history.

Dylan kept a positive attitude even though the odds were stacked against him. He wasn’t sure if any colleges would accept him since he did not have perfect grades nor a particularly high SAT score.

However, Dylan believed that if admissions departments took the time to read his college essay, he might just have a shot at acceptance.

Dylan’s long-shot bet on himself paid off.

He didn’t just receive one acceptance letter, but 17!

Dylan’s story is proof that no matter what circumstances life throws in your path, it’s possible to succeed with hard work and the right mindset.

Congratulations Dylan! You’re on your way to bigger and better things!