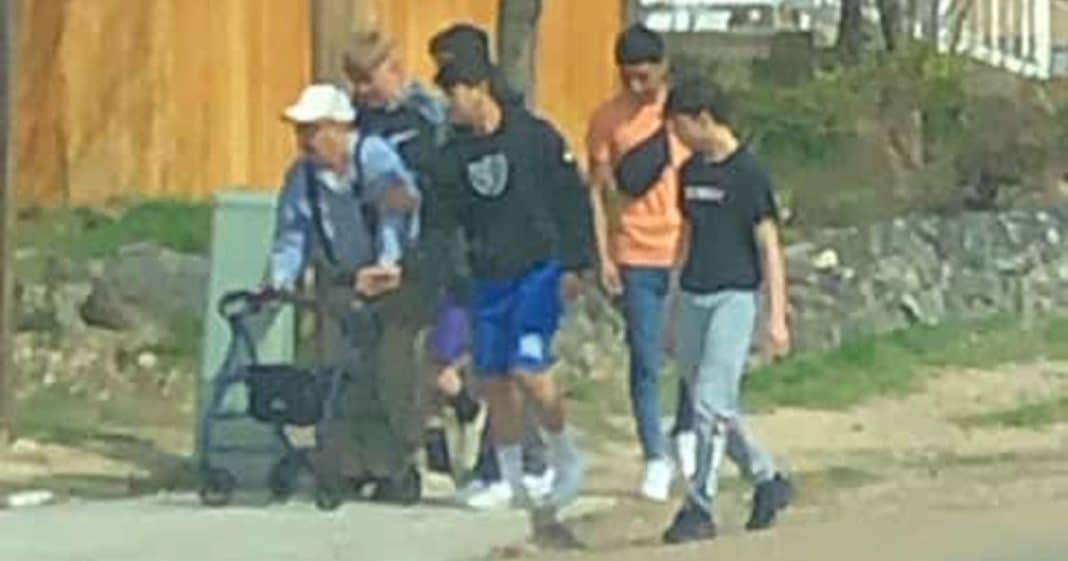 In Idaho, another video of a group of teenage boys has gone viral. But not for the reason many may suspect.

The teens were caught on video aiding a senior man who needed a helping hand. 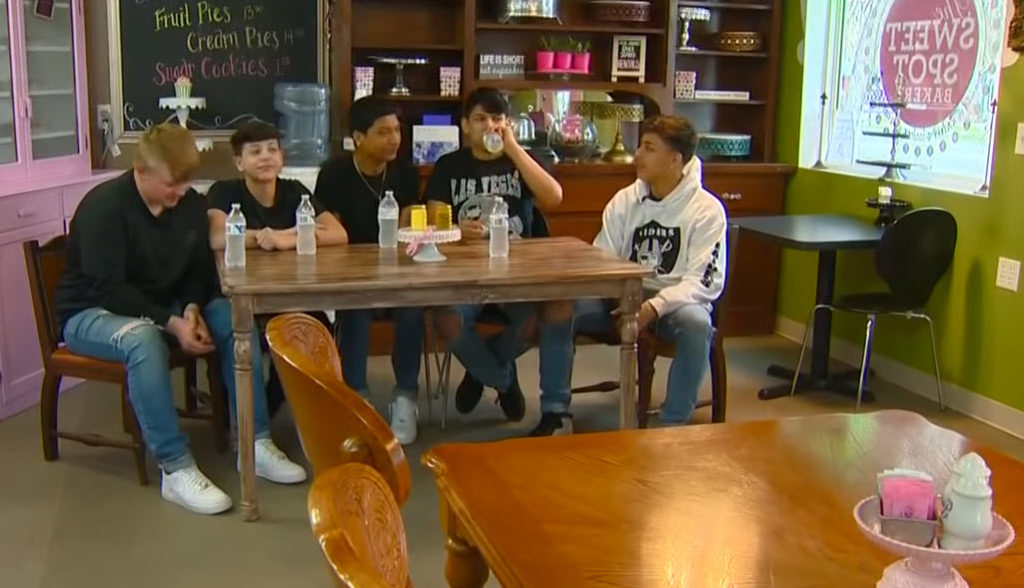 According to KTVB, Victor Ornelas, Diego Ramirez, Isaac Hernandez, Devan Ornelas, and Josh Sorg were driving to a basketball court located near their homes in Caldwell last month when they happened upon Jose Gomez, a senior man who had taken a fall after having an issue with his walker.

“We parked and we all ran out,” Hernandez told the news station. “We picked him up and we asked if he was okay. He said he was fine.” 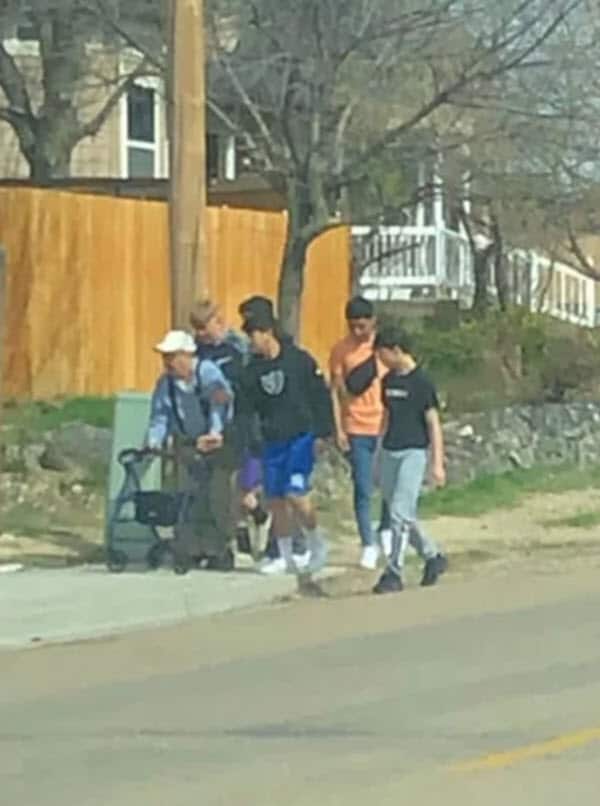 Although Gomez wasn’t injured, the boys decided to stay and walk with him into he arrived safely home. 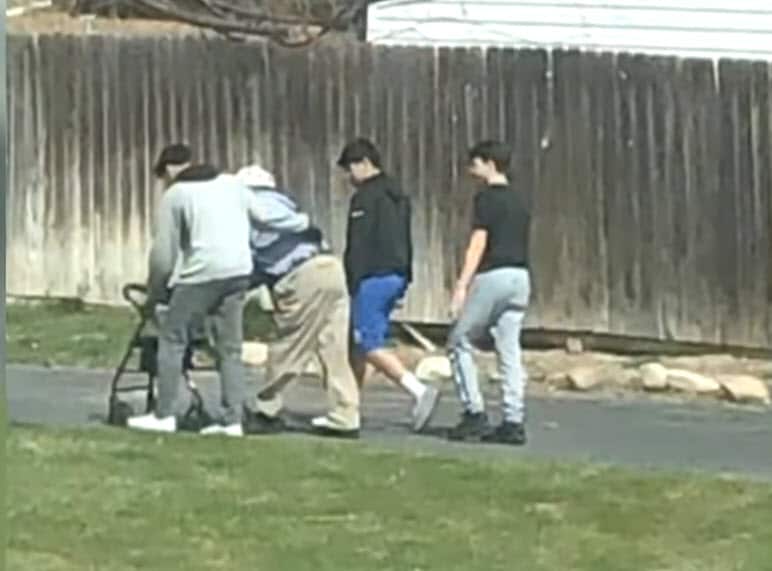 Once there, they helped Gomez clean a few scraps he had suffered during the fall.

“We just kept walking with him,” Hernandez shared. “We said we were going to walk him all the way to his house. We helped him inside, and his knee was bleeding. So, we grabbed napkins, put alcohol on it and cleaned him up.” 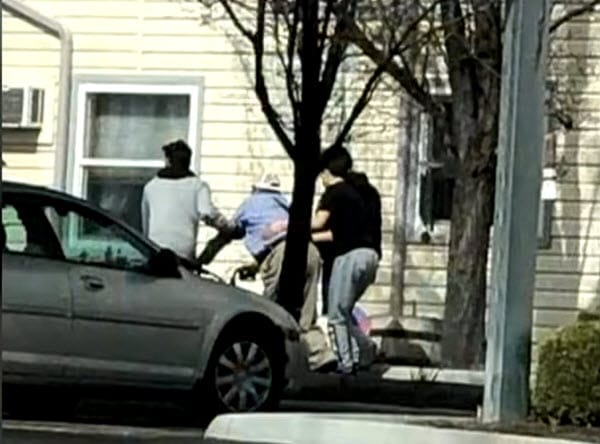 Gomez said that the boy’s good deed made him feel valued.

“I was just falling down I don’t know what happened,” he told KTVB. “They picked me up. I was walking just right and then sadly I went down, and they come up and say, ‘Hey, want us to take you home?’ And I said, ‘Okay, let’s go.’ It made me feel good.”

However, as the boys banded together to help an elder in need, they had no idea that just down the street, neighbor Erica Tovar was documenting the kind act with her camera to later share with the world on social media.

“Shout out to these young boys for helping an elderly man off the ground after he fell and walking him home,” Tovar wrote in a Facebook post from March 26. “If any of you have [an] elderly family check on them make sure they are okay!”

The post has since received thousands of likes and went instantly viral around town. It soon reached Kathy Plaisance, the owner of The Swee Spot Bakery, who invited the boys over to have cupcakes and cookies with the words “Hometown Heroes” written on them. 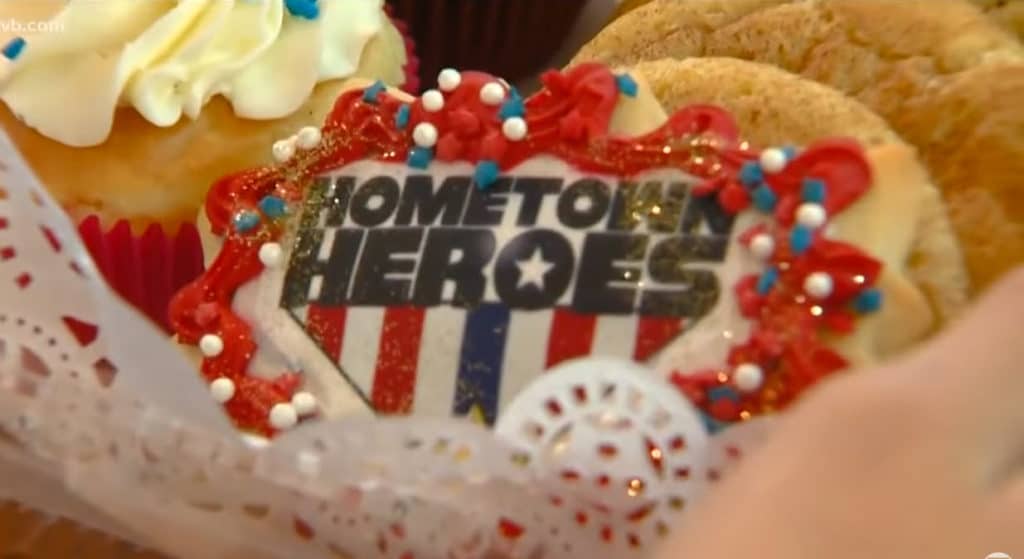 Other businesses pitched in with gift cards, lunches, and free haircuts to thank the valiant young men for their kindness, KTVB reported.

Meanwhile, the boys said there was no question that helping Gomez was the right thing to do. After all, they care about their city. 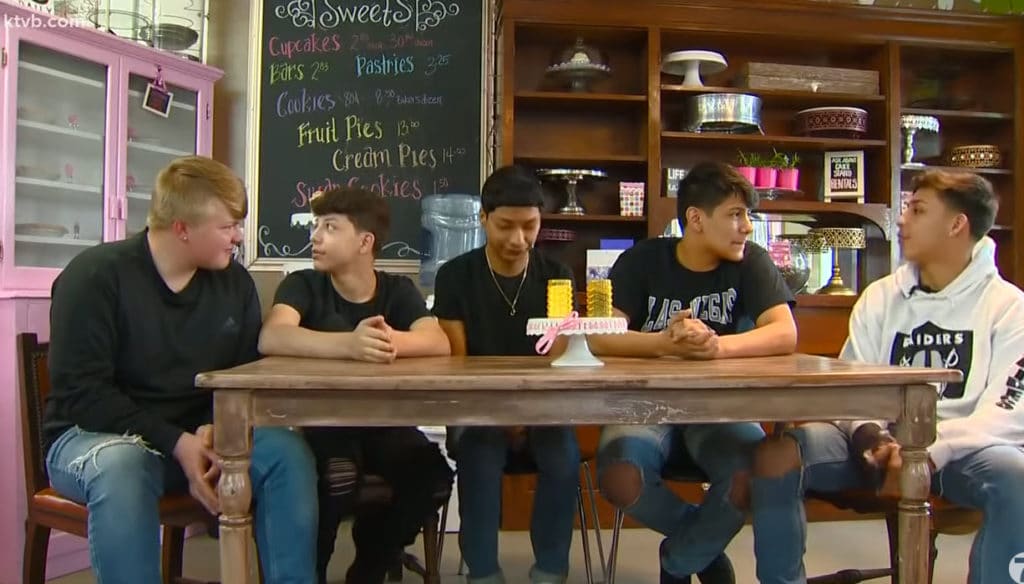 “[It’s] crazy how it blew up,” Hernandez told the station. “We didn’t do it for the attention, we just did it out of the kindness of our hearts. It’s just the right thing to do.”

These young men are on the right track in life, may their futures be blessed a thousand fold with good fortune.