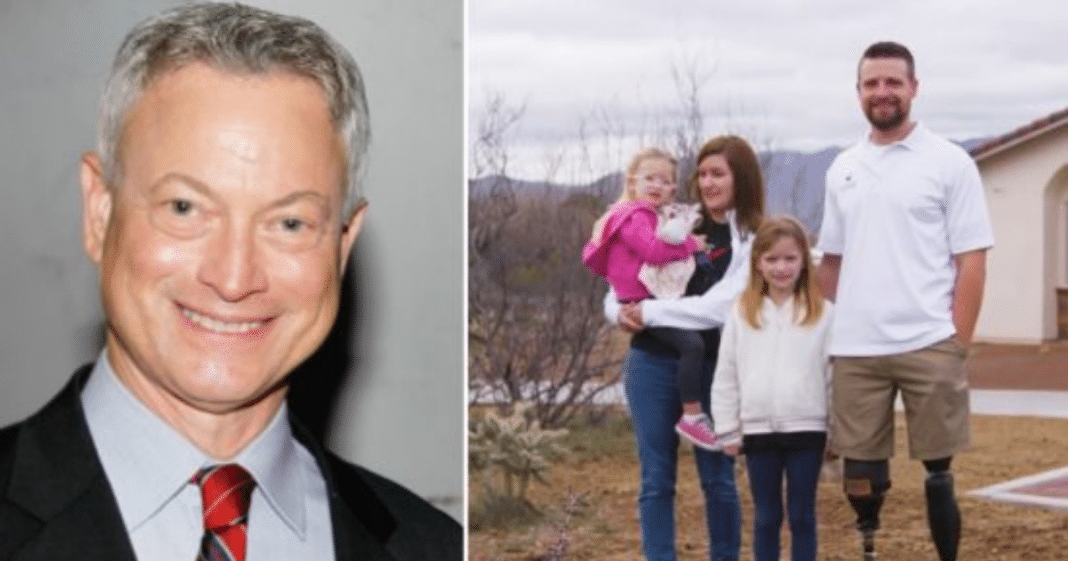 Hey Folks, A big thank you to everyone who has preordered my new book, Grateful American, set to release in 3 days! Just a friendly reminder if you preorder before Tuesday, you receive exclusive content – click the link in bio for more information. #GratefulAmerican

The actor has been a long-time advocate of strong support networks for veterans and active-duty soldiers and has donated lots of money to aid those in need.

However, Sinise isn’t one to sit back and say that he’s done enough. He’s always looking for more ways to help soldiers and seems determined to build a legacy that goes well beyond his career on the big and small screen.

Know no one could blame and former Green Beret Sergeant 1st Class Caleb Brewer for losing hope after he lost both his legs in Afghanistan.

Sergeant 1st Class Brewer joined the Green Berets in 2012 but was injured in combat in 2015. As a result, he lost both legs, then suffered blood clots, infections, and finally a traumatic brain injury.

Despite everything thrown in his path, the sergeant soldiered on and retired from the military in 2016.

Now 31, Brewer struggles every day to return to a normal life.

Fortunately for Sergeant Brewer, a ray of hope came from the last place he would have expected.

When the Hollywood star heard about Brewer’s struggles, he knew right away he needed to take action.

So, through the Gary Sinise Foundation, he reached out a helping hand and encouraged Sergeant Brewer to apply to the RISE (Restoring Independence Supporting Empowerment) program.

Soon, it didn’t take long before Brewer got received his approval for a smart home in Tucson, one complete with all the modification he needs to assist him in everyday life.

The house has built-in smartphone-controlled functions such as adjusting the volume of the stereo, checking to see who’s at the door, and opening and closing blinds, as well as pocket doors, tilted mirrors, and a host of other convenient features.

“IT’S INCREDIBLY OVERWHELMING IN A GOOD WAY. IT DOESN’T FEEL REAL. I NEVER WOULD’VE EXPECTED IT IN A MILLION YEARS.”

Gary Sinise continues to see his mission in life as helping serve those like Sergeant Brewer who make profound sacrifices in serving this great nation.

May God bless Gary for all his good works on behalf of those who keep us safe.