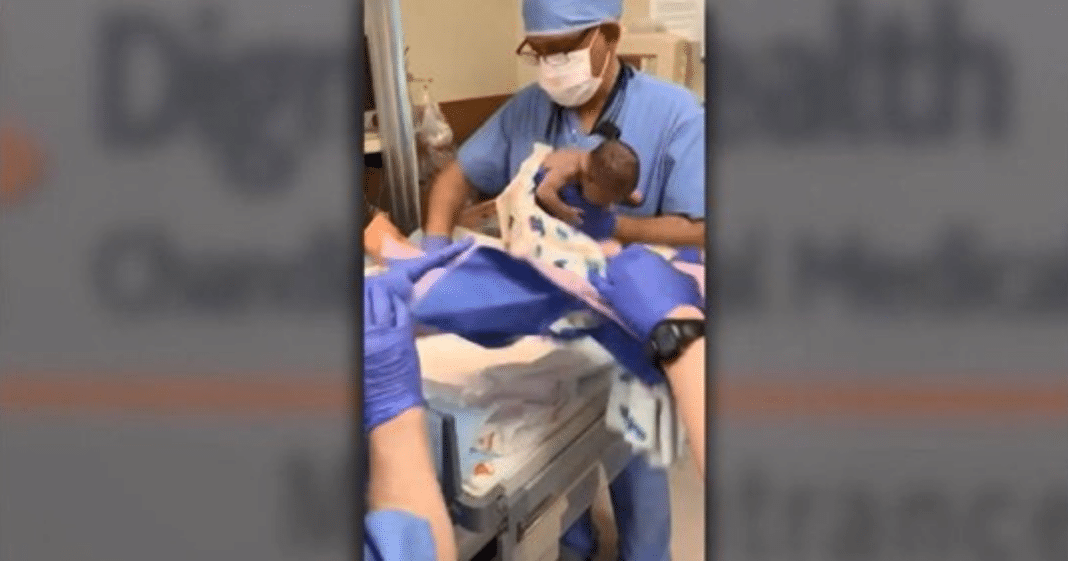 A video captures a premature baby being dropped on her head just moments after birth.

The video, which was later posted on Facebook by the family, was taken at Chandler Regional Medical Center in Chandler, Arizona.

In the video, you see newborn baby, Morgan, wrapped in blankets on a table.

The doctor lifts Morgan and holds her in one hand near the edge of the table as the blankets are removed from the table. 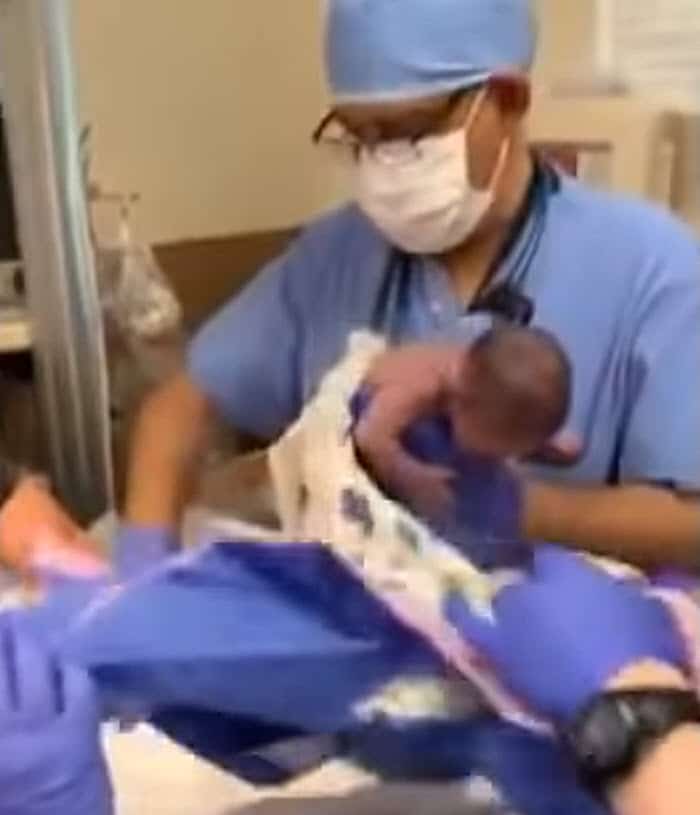 Morgan, who was born prematurely alongside her twin Madison, then slips from the doctor’s hand and lands head first, from what was at least a ten-inch fall.

The other medical staff in the room gasps in horror as everyone rushes to reach Morgan before she falls to the ground.

The Doctor spins Morgan, rubs her head and wipes her wraps the child with a blanket.

For parents, Monique and Derrick Rogers, the incident is a nightmare they’ll never forget.

“It traumatized me then, but having to relive this is not something I wanted to do,” Monique said.

The parents are worried about possible head trauma and the long-term effects this may have on their child.

They say the incident happened in February, and the doctor has since not apologized.

“When he came into the room I said you dropped my daughter,” Derrick told 12 News. “His initial reaction as nothing at first. He then asked to see the video. When  I showed him the video he was speechless.”

“Because of patient privacy laws and a request from the family not to release information, we are unable to comment specifically on this matter. The safety of our patients and their families is always our top concern. The medical team at Dignity Health Chandler Regional Medical Center takes this matter extremely seriously and is working to conduct a comprehensive review.”

Monique says an ultrasound taken shortly after the baby’s birth showed that Morgan had a grade one hemorrhage.

However, it wasn’t clear if it was the result of the drop or because she was born prematurely, as many twins are. 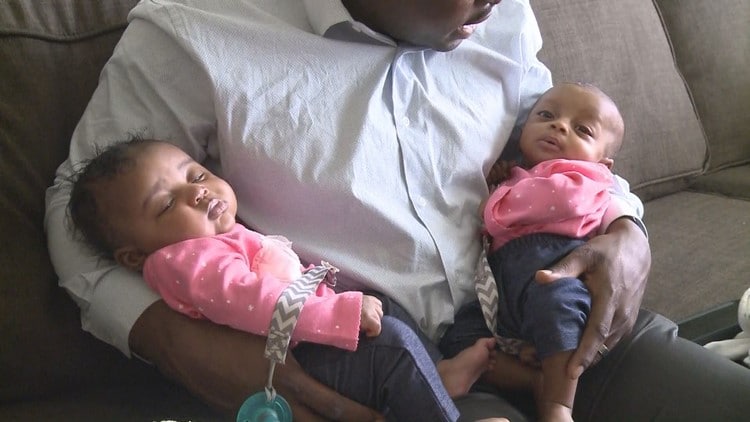 They believe that both the doctor and the hospital at least owes them an apology. The family is currently considering taking legal action but said it is not about money, but instead making sure this doesn’t happen again.

“I just wanted people to know what happened to my baby,” Monique said. “As a mother, you’re supposed to be there to protect her and I felt like I wasn’t there to protect her when she was born. I couldn’t stop them from being rough with her or him holding her with one hand, I couldn’t stop him. I don’t know if she’ll be hurt for the rest of her life.”