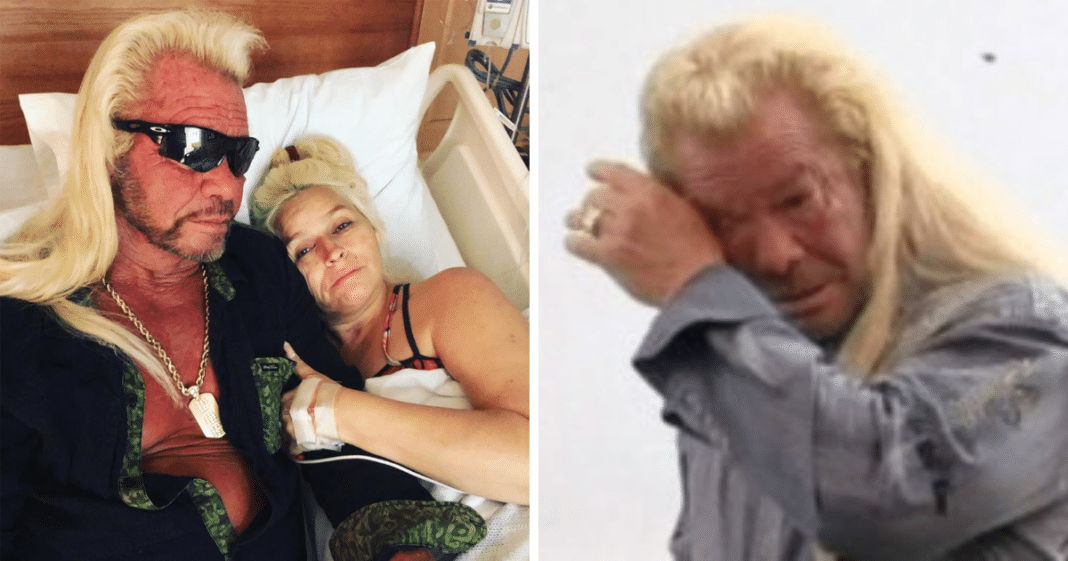 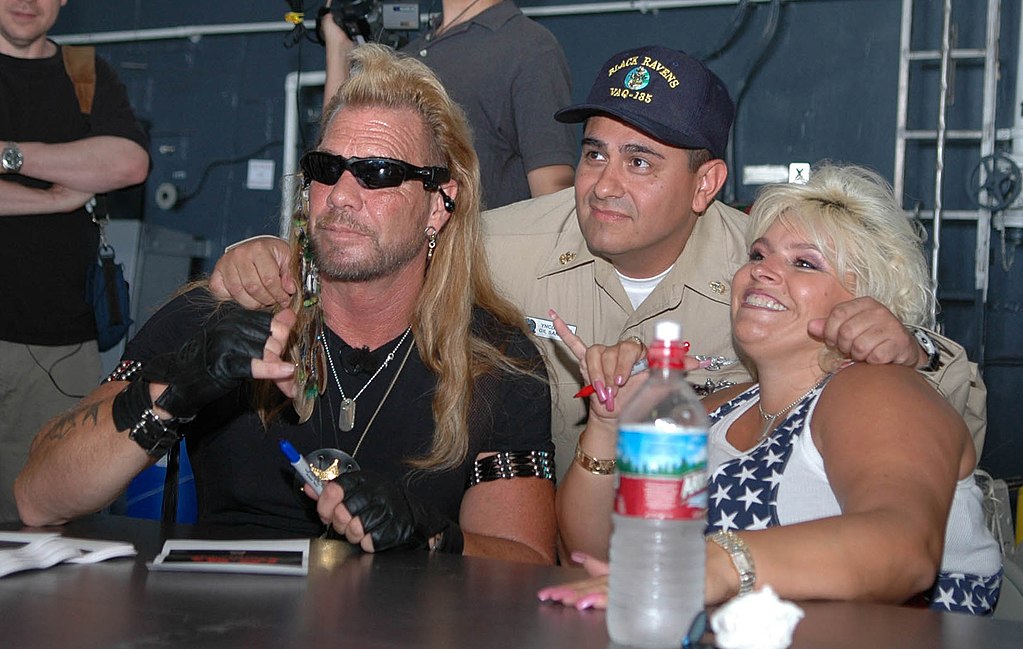 Dog Chapman and his wife Beth in happier times, via Wikipedia

We’ve learned that Beth Chapman, the 52-year-old reality TV show star and wife of Dog the Bounty Hunter, is continuing to fight cancer. 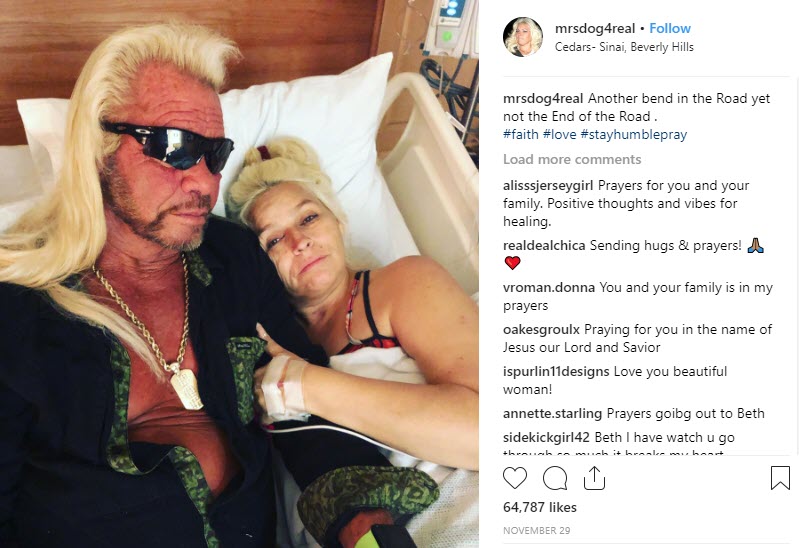 Beth had emergency surgery on November 27th at a Los Angeles hospital, and at that time she and her family found out that her cancer has returned. Another tumor had to be removed. From In Touch Weekly.

Dog said the doctors cut a hole in her throat so that she could breathe, but while they were performing that surgery, they realized that there was a mass in her lungs that could also be cancerous so she underwent a biopsy the following day.

Beth had her first surgery in 2017 to remove a tumor from her neck. The tumor was causing her throat cancer, and it took 13 hours, but it left Beth cancer-free for a year. Unfortunately, her cancer has returned.

Beth and her husband Dog are opening up about Beth’s battle with cancer, and are asking for prayers. Dog told a TMZ cameraman:

“I appreciate the question and please say a prayer. SHE’S NOT DOING GOOD.”

He was so choked up that he wasn’t even able to continue talking about Beth.

In an interview with InTouch Weekly, Dog opened up on his emotions, stating: “I cry all the time. I think I’m in a bad dream and I need to wake up. People keep saying to me, ‘Dog, are you OK?’ But I’m not the one who’s sick.”

Beth now faces another four to eight rounds of chemotherapy, with the aim to slow the cancer that has been dubbed ‘incurable’.

We pray for Beth

A post shared by Dog The Bounty Hunter Team (@dogthebountyhunterteam) on Dec 2, 2018 at 3:56pm PST

“We are all so devastated. We love our mommy so much and thank you guys for being here,” she said. “We got such an amazing outpouring from fans and we just really appreciate it.”

Dog spoke to US Weekly about Beth’s surgery and her journey thus far.

“She had a lump in her throat twice the size of last time, and they performed an emergency surgery [on Tuesday],” he revealed. “They cut a hole in her throat, so she can breathe; she can still talk. … [She’s] doing the best she can and remains incredibly strong.”

Doctors are now concerned that the cancer may have spread to other parts of her body.

“They are doing a biopsy scan to check if it has spread,” Dog said. “Last time it didn’t spread at all, so we’re hoping the same thing.” 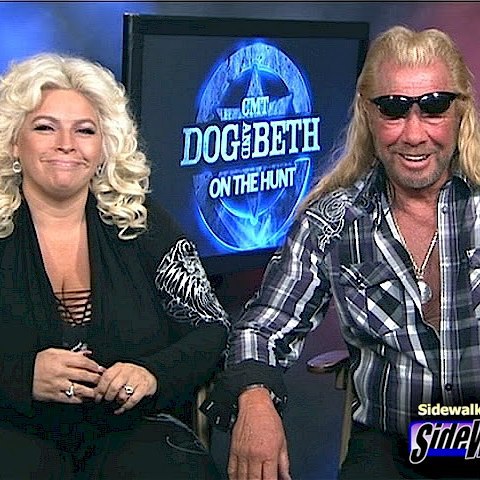 Dog told In Touch Weekly that more than anything, his beloved wife just wanted to be home.

“She’s much more comfortable now she can breathe, but she just wanted to come back to Colorado, she loves it here,” Dog, 65, told In Touch. “They told us they didn’t want her to leave the hospital, but she was adamant, she just wanted to be home. We have the test results coming in tomorrow.”

The couple has won the hearts of fans all over the world because they are so loving and affectionate with each other.

“First thing when she woke up from the surgery [on Tuesday], she said, ‘Where’s the Dog?’” he shared. “And the nurse was confused, she said, ‘Did she bring her dog with her?’ And I said, ‘Yes ma’am.’”

“I’m here every moment I can be for her,” Dog said. “I’ve never had to go through anything like this in my entire life. I love my honey so much. I don’t know what I’m gonna do.”

Our hearts go out to this wonderful couple and we hope that can stay strong through the holiday season.