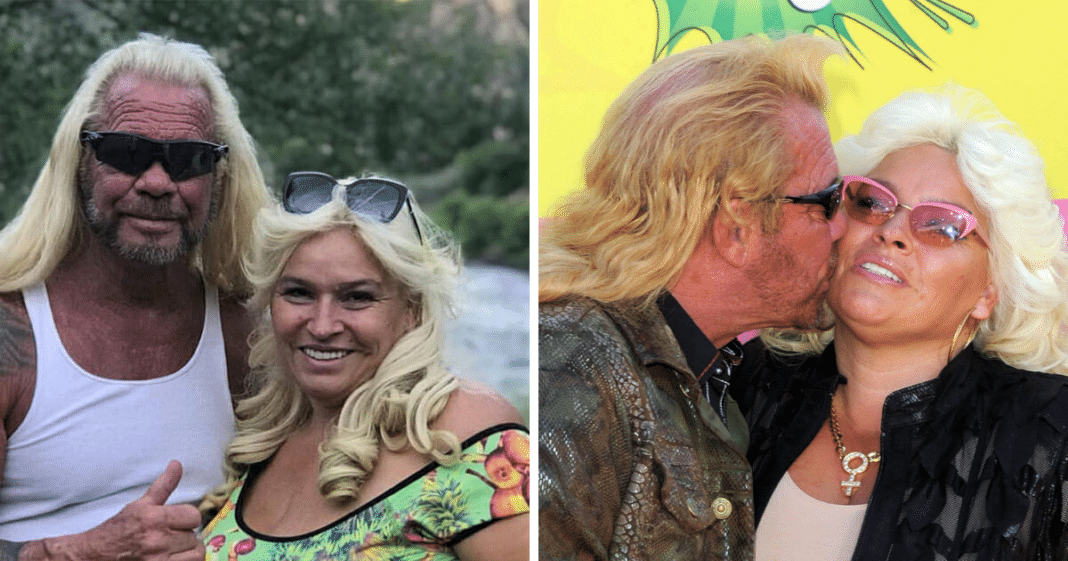 Beth Chapman may have lost her battle against cancer yesterday, but her husband Duane’s faith is remaining strong despite his tragic loss.

The reality TV star, who appeared alongside Duane on his show “Dog the Bounty Hunter”, fought valiantly throughout her battle with stage 2 throat cancer before being placed in a medically induced coma after experiencing difficulty breathing.

Beth passed to be with the Lord yesterday, and Duane has now spoken out for the first time.

“You kind of try to remember that you’re celebrating life, but right now we’re mourning the death, so it’s not good,” he said.

“The cancer gig, of course, we’ve gotta find a cure because all we have now is some get lucky, but most pass away.”

Duane also opened up on his wife’s final words, revealing how she remained positive and selfless to the very end by making sure their family was OK right before dying. 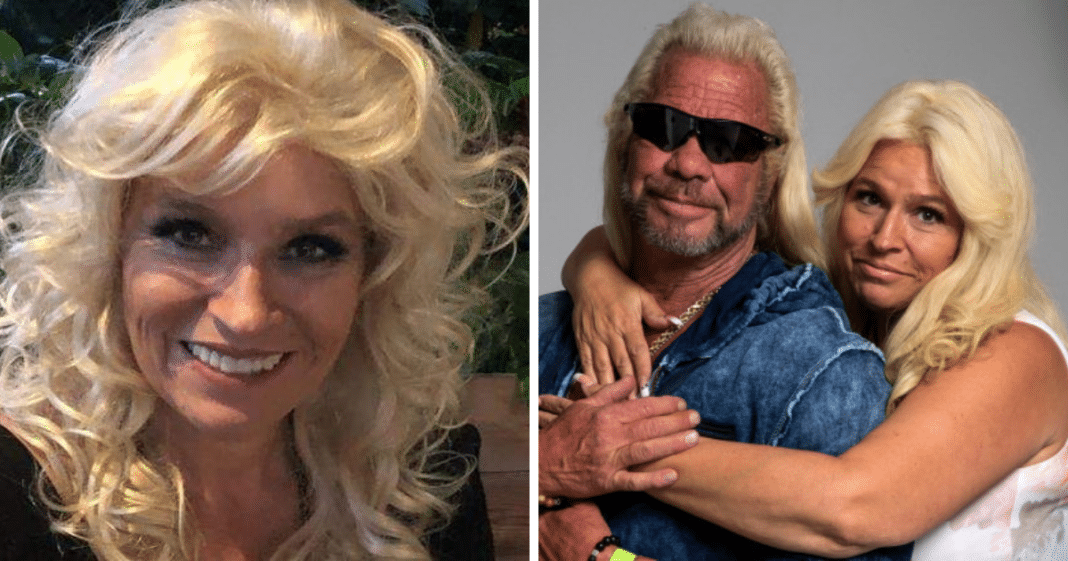 “One of the last things she said [was], ‘It’s a test of my faith.’ She had faith and that was it,” Chapman told Hawaii News Now. “Well, the last step when you’re dying is to accept it, and she said to me the other day, ‘Honey, that last step, I ain’t taking…’ So go Bethy.”

Chapman said his wife’s last words to him and their two daughters were: “I love you,” and “Are you guys all OK? Don’t worry.”

Duane also took the time to thanks fans who showed their support all throughout Beth’s battle. In a statement, a family spokesperson said: “Duane and the Chapman ʻohana send their love and a sincere mahalo to everyone who prayed for Beth throughout this journey.”

Sending so much love to Duane Chapman and his family during this difficult time. Rest easy in the arms of Jesus, Beth. We know you are now pain-free.

Dog the Bounty Hunter star Beth Chapman has passed away. She was 51.

Beth died Wednesday at a Honolulu hospital, days after being placed in a medically-induced coma. She had battled long and hard against cancer, which ultimately took her life.

“It’s 5:32 in Hawaii, this is the time she would wake up to go hike Koko Head mountain,” her husband Duane “Dog” Chapman tweeted Wednesday. “Only today, she hiked the stairway to heaven. We all love you, Beth. See you on the other side.”

It’s 5:32 in Hawaii, this is the time she would wake up to go hike Koko Head mountain. Only today, she hiked the stairway to heaven. We all love you, Beth. See you on the other side.

We are so saddened by this news and will miss seeing her smiling face. Rest in the arms of Jesus, Beth! Please say a prayer for comfort for her husband and family.

Beth Chapman has been placed in a medically-induced coma and is ‘not expected to recover,’ according to TMZ.

The 51-year-old wife of Dog The Bounty Hunter was hospitalized at the Queen’s Medical Center after experiencing ‘difficulty breathing’ while battling stage four lung cancer.

Beth’s mother flew to Honolulu and her children and grandchildren are also ‘gathering at her bedside’ as sources reported there’s ‘not a lot that can be done’ for her at this point.

The family is also ‘making medical decisions with the help of her doctors.’

Please join us in continuing to keep Beth and the entire Chapman family in your prayers.

Yesterday, Duane Chapmen asked fans and followers to pray for his beloved wife Beth as she was placed in a medically induced coma amid her stage IV cancer battle, but today his choice of upload was a little more light-hearted.

Chapman posted a picture of Beth’s hand, remarking on the fact that she always endeavors to keep her nails in perfect shape.

You all know how she is about HER NAILS !! pic.twitter.com/w8iWMYrWZd

Tributes and prayers continue to pour in for Beth as she once again fights the disease following a long remission. The reality TV star has talked openly on the faith within her family and her hopes that God will help her through any trial she faces.

Our prayers are with you, Beth! Keep fighting!

Sad news today as we learn that Beth Chapman has been placed in a medically induced coma.

This information was confirmed by her husband Duane ‘Dog the Bounty Hunter’ Chapman, who asked fans to send prayers for his wife shortly after the 51-year old was admitted to the ICU at Queen’s Medical Center in Honolulu.

#prayforBeth please. Thank you for all your prayers.

Since last year, Beth has been battling stage IV cancer after being re-diagnosed with the disease following a long remission.

Throughout the ordeal, the T.V star has remained upbeat and positive despite the bleak medical outlook associated with her disease.

However, it appears that things have taken a tragic turn for the worst.

Beth was first diagnosed with cancer in 2017. At that time, we learned that she had stage 2 throat cancer. And she declared that she was cancer-free after undergoing therapy.

However, last year, cancer came back, and this time, it had spread through her body. She was hospitalized again in April after fluid built up in her lugs, with doctors performing an emergency operation to alleviate the pressure.

In a statement, Beth’s family said on Saturday:

“Reality TV star Beth Chapman has been admitted to the ICU at the Queen’s Medical Center and is in a medically-induced coma.”

Soon after, husband Duane took to social media to ask fans to pray for his wife as she continues to fight this horrible disease. Meanwhile, her family thanked everyone for their continued support.

“There’s not much of an update I can give, I can say she’s getting good care,” she wrote on Instagram.

“I know you guys wanted more, but y’know it’s a coma, much much [sic] can be updated.” 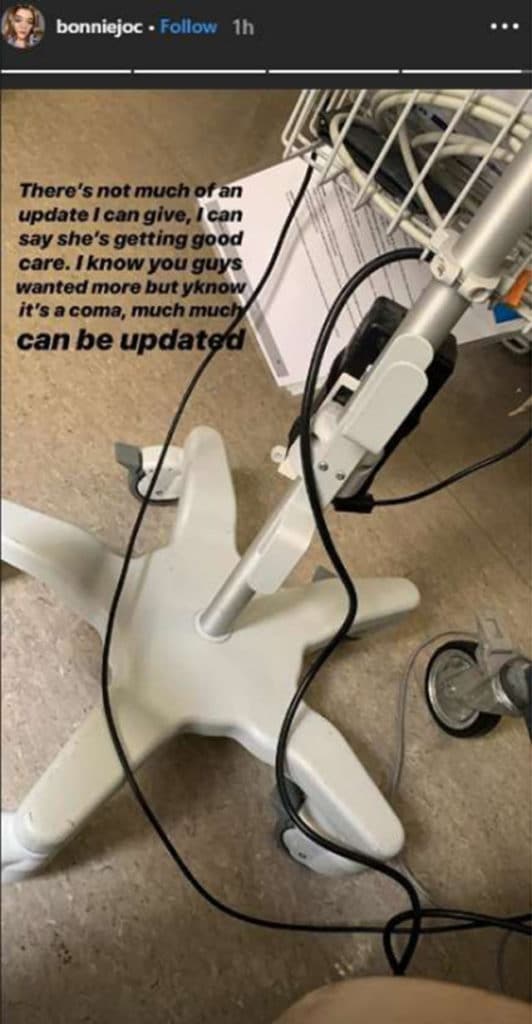 Let’s all send our prayers and well wishes to Beth and her family!