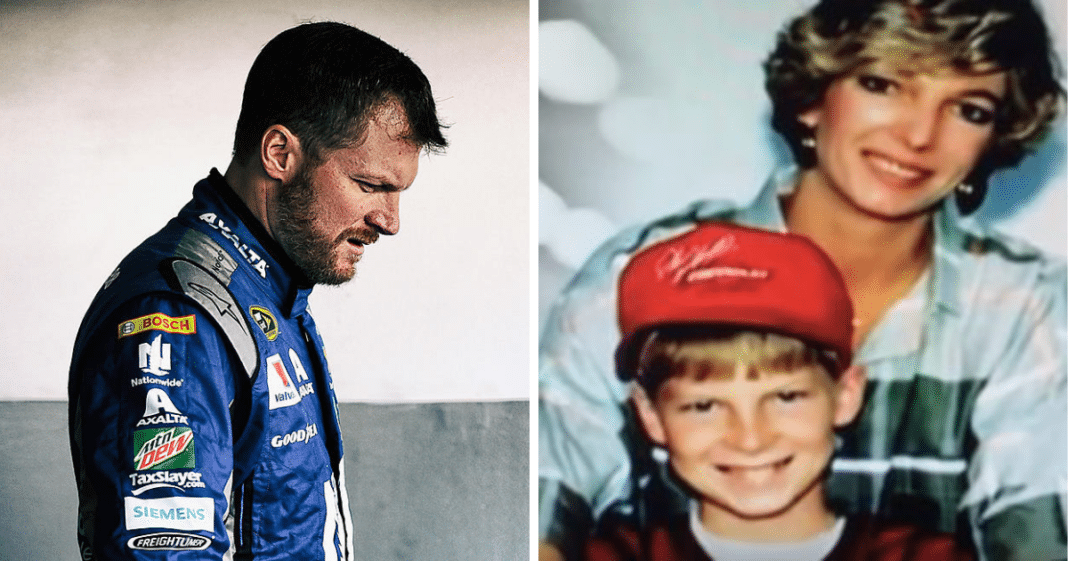 One of the NASCAR’s most celebrated-drivers has lost his mother, who passed away at just 65 years old.

Dale Earnhardt Jr. who’s been voted NASCAR’s most popular driver 14 times in a row, now mourns the passing of his mother, Brenda Jackson, just one day after Easter Sunday on April 22, 2019.

Dale Jr. previously lost his father 18 years ago in a horrific car crash during a NASCAR race, that still scars the memory of many fans. 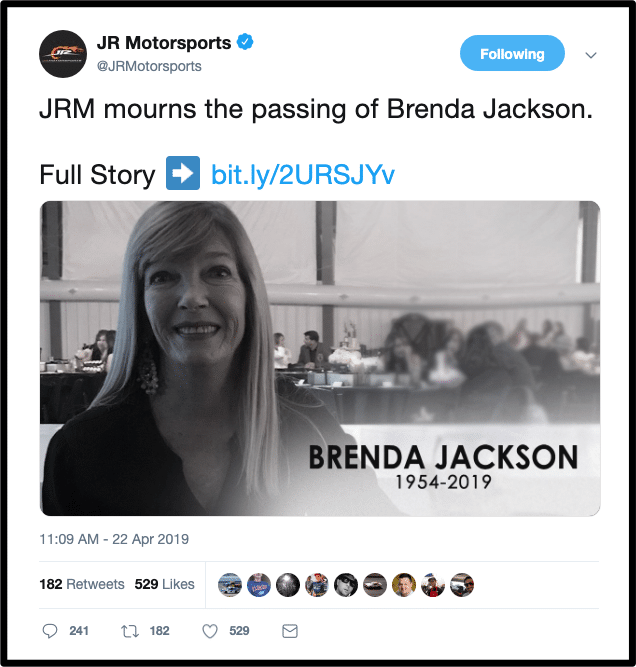 Jackson, along with her daughter Kelly, was both an integral of Dale Jr’s Xfinity racing team, JR Motorsports. She also made cameos in a lot of their fun online videos and even took time to sit in on both of her children’s’ favorite podcasts.

Jackon’s tragic death was announced on JR Motorsports on their official website on Monday, and they included a heartfelt statement reminiscing about the joy she had and brought to the JRM team, and how deeply she will be missed.

According to the statement, Jackson passed away after her long battle with cancer.

“Known for her wit, charisma and unparalleled ability to cut to the heart of any matter, Jackson became an instant favorite to her friends and colleagues at JR Motorsports when she joined the company as an accounting specialist in 2004. Her sarcastic musings and straightforward approach injected a brand of humor at JR Motorsports that became part of its fabric as it grew into a full-time NASCAR racing operation in 2006 and a championship-winning organization in 2014.”

Dale Jr. later broke the family’s social media silence and publicly addressed the tragic loss of his wonderful mother. In a tweet sent out this evening, Dale Jr. opened up about her passing – and thanked all of his friends, family, and supporters for their kind words and show of love.

“I’m glad her suffering has ended and she can be at peace,” he began. “She would be in tears of happiness over the words of support and remembrance she’s been shown today. Our family appreciates it as well. She will live in our hearts forever.”

I’m glad her suffering has ended and she can be at peace. She would be in tears of happiness over the words of support and remembrance she’s been shown today. Our family appreciates it as well. She will live in our hearts forever. https://t.co/ioFclazYhI

Memorial contributions in Brenda Jackson’s honor can be sent to Piedmont Animal Rescue or Hospice and Palliative Care of Iredell.

Our prayers go out to Dale Jr., Kelley, and all of her friends and family during this challenging time.

May God rest her soul.