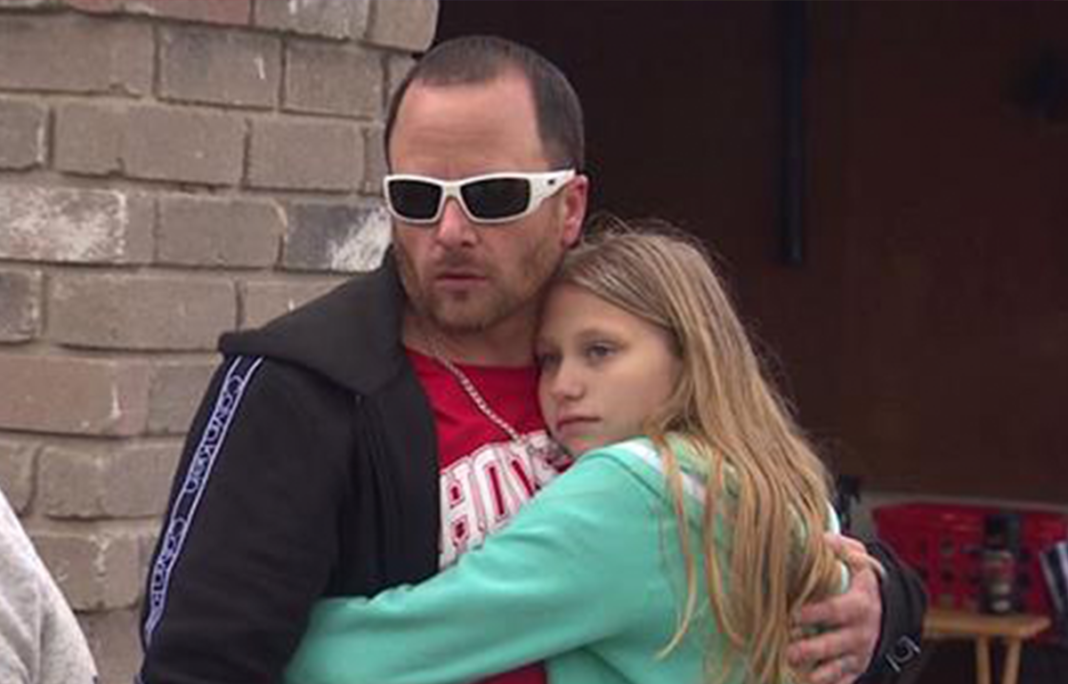 What would you think of a man who slapped a 12-year-old boy in the face and threatened him not to tell the police? Now, what would you think if that man happened to be the father of a bullied and depressed girl, and that boy had been one of the bullies?

James Peace, 37, of La Porte, Texas, faces felony charges of injury to a child under 15 after the boy showed police a photo following the incident. A court affidavit says the photo showed “an obvious large handprint on the left side of his face that was extremely red and appeared to be swelling.” Now Peace’s wife is saying the court records don’t tell the whole story. 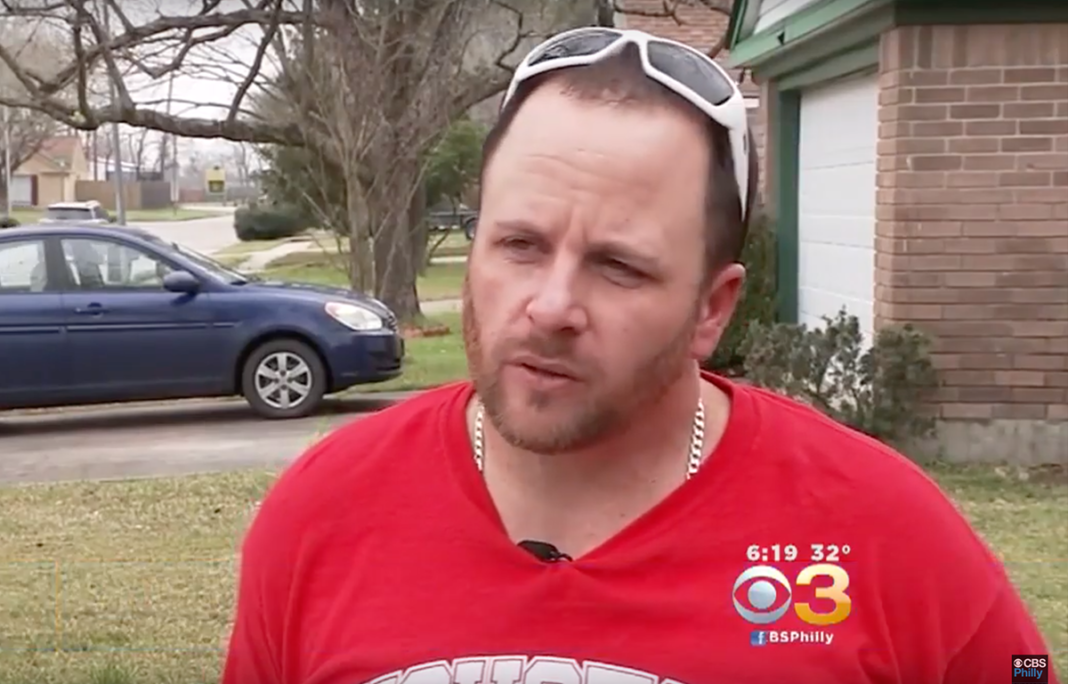 After home surveillance video exposed Peace for slapping the boy, he admitted to police he had “let his emotions get the best of him.” According to an account from Peace’s wife, his stepdaughter, 12-year-old Presleigh Rigney, called her parents to pick her up from school that day. She said the boy in question and his friend were bullying her at school. Peace saw the boy on the way home, stopped the car while his daughter waited inside, and confronted him.

“On the drive home, they happened to see the suspect juvenile walking and that’s when the stepdad decided to stop and confront the kid,” said Deer Park Police Lt. Chris Brown.

The girl’s mother explained what her daughter says the boy told her to KTRK:

“Saying that her body was ugly, said that she was a transvestite, started throwing ice cream at her and then they picked up the rocks,” she said.

According to KGW8, Presleigh Rigney confirmed her mother’s account:

“I was just minding my own business, not saying anything. He had actually walked up to me and said ‘You look like you’re transgender.’ And saying I have no chest,” Presleigh said.

Peace decided at the last moment to have a word with the boy and says he was further aggravated when he did.

“It might not had gone as far as it did if he would’ve quit running his mouth,” Peace said.

Presleigh says she has been bullied for weeks, and was often in tears before the bell rang.

According to ABC News, Peace told investigators that his stepdaughter was facing “serious psychological harm” from the bullies, and was depressed. After he slapped the boy with an open palm on the side of his face, he got back in the car and drove away.

The mom admitted she thinks her husband may have taken it too far.

The surveillance video showed Peace shouting at the boy and then slapping him in the cheek and jaw. The police say he struck the boy “with such severity that it knocked his headphones out of his ear.”

He initially denied the incident when questioned by police but then they told him it was captured on video and he confessed.

Peace says he wished he had reacted differently.

“I wish it would’ve gone differently, maybe I should’ve, you know, ‘where’s his parents at?’ I probably should’ve walked him home and talked to his parents, but I didn’t like where his mouth was taking him and like I said, if I wasn’t intimidating him, then what were they doing to her every day?” Peace said.

At the same time, he says he stands by defending his stepdaughter and will deal with whatever consequences come his way. That could include up to five years in prison and up to a $10,000 fine, as well as having a mugshot and permanent mark on his record.

“I’m not going to walk around here and hurt no kids. I never have before in my life. It’s just that I defend my kids. If it was ever the same way, I would check my own kids in front of you if I needed to. Right then and there,” Peace said.

According to the boy’s testimony to police, Peace told him not to tell anyone or “he will beat them up too, even the police.” He kept quiet until he went to school the next day.

“The next day, the boy told his teacher about what happened after asking if he could stay in class and have lunch with her rather than go to the cafeteria with the other students, explaining that he didn’t want to see the classmate who was in the vehicle when the man slapped him. The teacher immediately notified school officials and the boy’s mother, prompting a police investigation.”

Presleigh Rigney witnessed her stepfather slap the boy from inside the car and remarked that she “didn’t think it was that hard of a strike.”

Meanwhile, the boy’s family haven’t come forward to discuss the matter with multiple news outlets at the time of this writing.

After hearing all of this, do you think James Peace should face felony charges for what he saw as protecting his stepdaughter from a bully? Tell us in the comments.

See more from CBS Philly below: