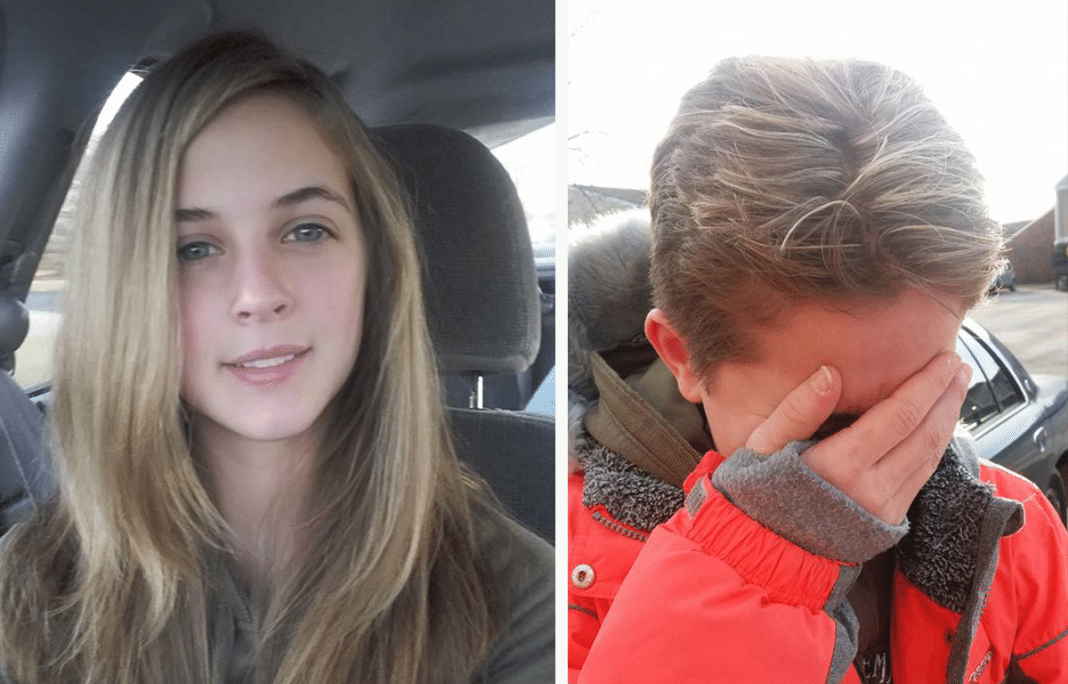 Can getting a terrible haircut be considered abuse and grounds to lose custody of a child? Well, in this case from Haskins, Ohio, it very well could be. The Police Chief, who has worked since ’92 said:

“I’ve never had a case, that I would say, that’s like this,” remarked Chief of Police, Colby Carroll. “Mom was upset with how her child was being cared for — lack of better terms.”

Carroll and the Wood County Children’s Services office are investigating accusations made by the mother of a teenage girl. Christin Johnson of Fostoria posted photographs of her teenage daughter, Kesley, to Facebook:

“…all over me having highlights put in her hair for her birthday!”

The pictures show Kesley with long flowing hair with blond highlights in the before picture. The after photos show her hiding her face in shame with a new short boyish haircut. Johnson claims her daughter was forced to cut her hair as punishment for the highlights. The post went viral, reaching over 25K shares.

This is what my daughter looked like Sunday when I took her home and the other two pics is what happened today before she was brought to me… all over me having highlights put in her hair for her birthday!

Chief Carroll says that Johnson is accusing Kesley’s father, Schaffen Frederick, and stepmother, Sarah Murray, of forcing the haircut. They are investigating to determine if it amounts to child abuse. However, it’s not yet clear who did the actual cut.

Newsner noted that Kelsey’s aunt commented on the possible motives, saying the father and stepmother cut the girl’s hair to teach her a lesson.

“Their reason? ‘Actions have consequences.'” 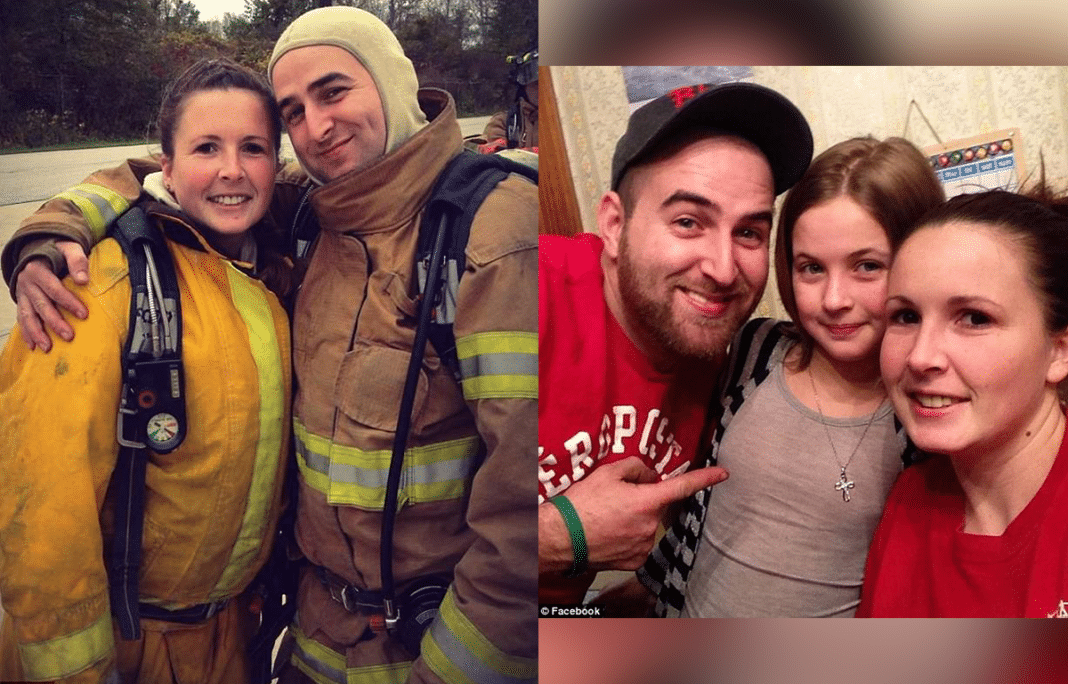 Schaffen Frederick, and stepmother, Sarah Murray via The Daily Mail/Facebook

However, now it looks like the couple will face consequences of their own.

Frederick and Murray, both volunteer firefighters, were placed on leave from their jobs at the Middleton Township Fire Department, pending the outcome of the investigations.

According to Fox8 News:

“Middleton Township Fire Chief Steve Asmus says the firefighters will remain on leave pending the outcome of the investigations. Asmus, who would not name the individuals involved, says they have been on the staff for around two years and he has never received a complaint regarding their work.”

According to the Fostoria Review Times, the unwanted hairstyle could prompt a change in the father’s custody agreement.

“A fundraiser was posted to Johnson’s Facebook page by the maternal aunt of the teen to pay for a lawyer in hopes to change the temporary custody arrangements the father has now, according to the post. In two days more than $1,800 was raised by 86 people making donations. As of noon Friday, the post had 24,000 reactions and nearly 18,000 shares.”

Anybody who has ever known a teenager knows you never mess with their hair, much less cut it off as some kind of barbaric punishment. Does the haircut amount to child abuse? Tell us what you think in the comments.

Following the incident, Johnson gave an update, saying she had taken her daughter to get a new wig.

“I’d like to thank the ladies at Lady Jane’s on Glendale in Toledo, Ohio for making my baby feel more like herself!” Christin wrote to the salon’s employees.

“Especially Haylee Ann for taking her to pick out her new hair. She got her smile back because of you ladies and your selfless acts of kindness! We truly appreciate you ladies so much!”