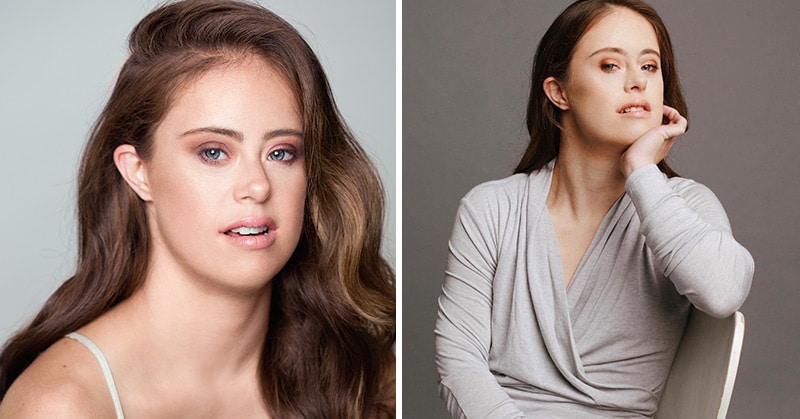 Everyone arrives into this world with a purpose, and we are all different. That’s what makes life so grand in many ways because we are all unique and beautiful.

Chelsea Werner from Danville, California, understands this concept better than most.

My experience at the NCAA Championships was topped off by meeting my idol @katelyn_ohashi ?? Katelyn is the UCLA Gymnast who inspired us all with her perfect “10” Floor Routine! She is definitely living her best life ?✨?

Werner was born with Down syndrome, which the most common chromosomal defect that impairs both intellectual and physiological development.

She was introduced to the world of gymnastics when she was only 4-years-old. The sport was supposed to be a way for her to strengthen her muscles. But as it turned out, Werner soon became an impressive gymnast, who went on to win four Olympic championships later in her life.

The organization We Speak is an international fashion agency with the goal of helping people love themselves and enjoy life. The agency recruited Chelsea as a model. Chelsea believes that people with Down syndrome are under-represented in every area, including fashion and she plans to change that.

So excited to included in the new beauty campaign for @spktrm.beauty ? They are the First Beauty Brand to Ban Model Retouching Entirely! Photo by @abbeydrucker

So, she wrote an email to Aplus.com, in which she explained how people with Down syndrome are not given enough representation. Chelsea believes that most people are unaware of the full potential of people like her.

People with Down syndrome have earned great achievements, and the fashion world needs to hear about them. Chelsea won four Special Olympics U.S. championships in gymnastics and earned the title of defending world champion twice.

If you ask Chelsea, she will tell you that gymnastics has been a big part of her life since the very beginning. As an essential part of her life, the sport taught her to become disciplined and work hard. Mastering a new skill such as gymnastics takes a lot of time and effort, but the rewards of her labors gave Chelsea the confidence she needed to tackle every challenge in her life.

Chelsea’s journal from Olympic champion to model is proof positive that there are no limits to what we can do when we make up our minds to do it.