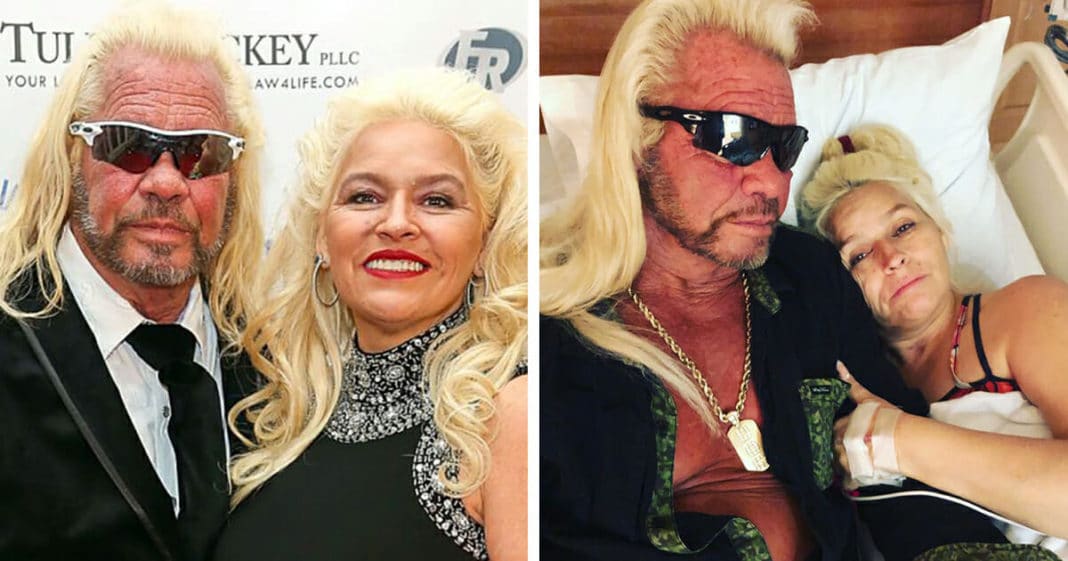 As Beth Chapman continues her long battle against stage four cancer, she now has to address another problem, the wild rumors of her demise.

The 51-year-old was diagnosed with cancer for the second time in 2018 following almost a year in remission. However, this time the disease has taken a stronger hold after cancer was discovered in both of Beth’s lungs and throat.

As for Beth’s husband Duane ‘Dog the Bounty Hunter’ Chapman, he’s managed to retain a brave face as she goes through more grueling treatments.

Sadly, this weekend unfounded rumors started to spread about his wife’s demise.

However, the reality TV star managed to keep her sense of humor as she responded to the rumors of death, joking:

“THE RUMORS OF MY DEATH HAVE BEEN HIGHLY EXAGGERATED,” ACCOMPANYING THE TEXT WITH SEVERAL LAUGHING EMOJIS.

Not only that, Beth was recently spotted in Pueblo, Colorado alongside her husband, further proving that she isn’t taking her terrible circumstances lying down. In Colorado, the couple was reportedly doing what they do best: chasing down bad guys.

Beth also took Facebook to reassure fans that news of her death wasn’t accurate. She also shared a video on Instagram of Dog canvassing a local neighborhood in search of a felon.

Naturally, Beth’s loyal fans worldwide were greatly relieved to hear Beth’s update, while others slammed those irresponsible enough to spread false claims of her passing.

Earlier this month Beth was hospitalized with respiratory issues, after accumulating fluid in her lungs. Doctors were forced to perform emergency surgery to alleviate the pressure that had built up, and it seems the procedure was a success.

Another bend in the Road yet not the End of the Road . #faith #love #stayhumblepray

Let’s all continue to pray for Beth and Dwayne as she continues her battle against cancer. And let’s also hope people take greater care when sharing news regarding her condition. Hopefully, this will remind folks to wait to hear such news from a trustworthy source before believing an internet rumor.