Bullied 9-year-old invites cop to his birthday party, officer arrives to learn no one else showed up for him 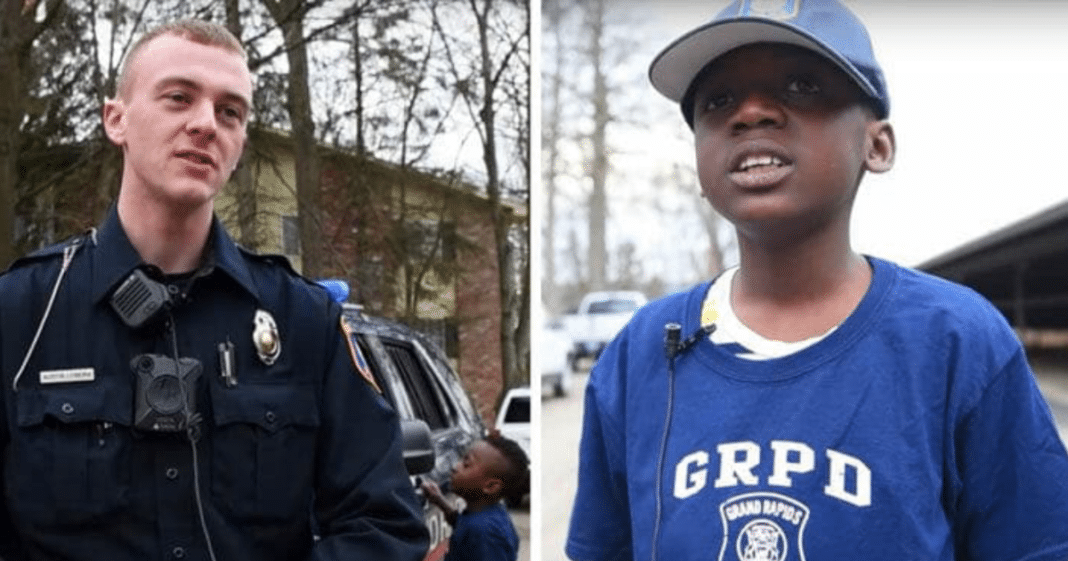 News of violent clashes between police officers and citizens is all too common in our society.

For whatever reason,  a lot of people believe police officers are overly aggressive authoritarian bullies who are unable to protect and serve without controversy.

That’s why positive stories such as this one are so important. 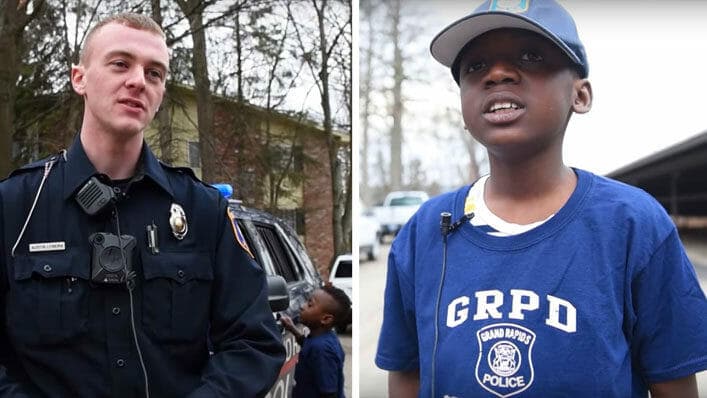 On February 29, a special bond was formed between young Daniel and Officer Lynema.

While the young man was rushing to his bus stop, he was unaware that he had a guardian angel watching over him.

Officer Lynema witnessed Thomas chasing after the school bus, but the bus driver would not stop for the young man.

That’s when the officer asked Thomas if he needed help.

Thomas explained to Officer Lynema that his mom couldn’t afford a car to bring him to school, so the officer asked his mom’s permission to give Daniel a ride to school in his own squad car.

“I saw him running down the sidewalk trying to chase his bus, he was in tears. I tried to stop his school bus for him,” Lynema said.

“He informed me he never missed a day of school. I wanted to make sure I could help him as much as I could.”

During the ride to school, Thomas also shared something else: Today was his ninth birthday.

Thomas invited Officer Lynema to his birthday party, which was being held after school that day. 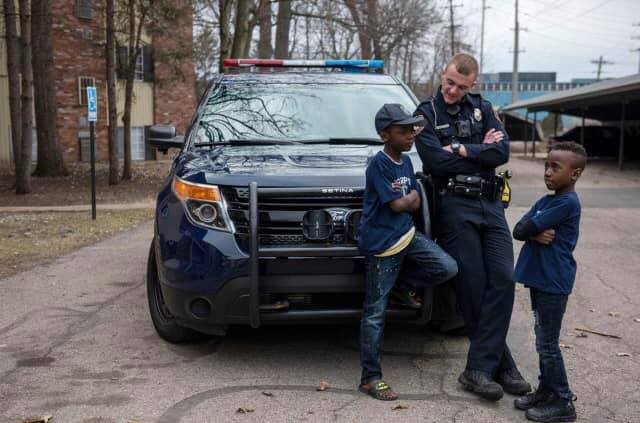 Sadly, Thomas also revealed that he was the victim of bullying at his school, and he was concerned that no one would show up at his birthday party.

The officer dropped Thomas off at school and made sure he would be able to make Thomas’ birthday celebration.

Later that evening, Officer Lynema arrived at Thomas’ party. Sadly, he discovered that he was the only person to do so, aside from Thomas’ siblings. None of the young boy’s classmates showed up, and the officer also noticed that Thomas did not have a cake.

It was a scene that broke Officer Lynema’s heart, but he wasn’t about to allow Thomas’ birthday to end on that note.

The day after Thomas’ birthday, Officer Lynema and other members of the GRPD decided to surprise Thomas with a follow-up party when he departed the school bus, complete with a personalized Krispy Kreme donut cake that spelled out “Happy Birthday,” along with presents and a singing quartet! 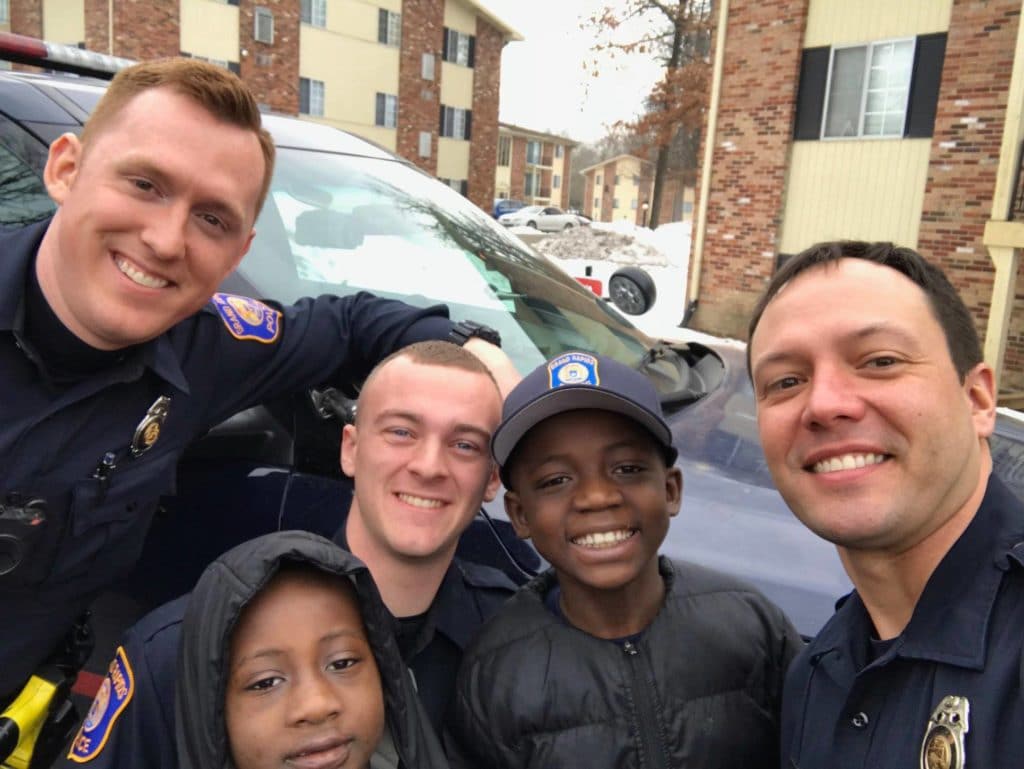 “This is the best birthday ever!” Thomas told them, according to the Gran Rapids Police Department Facebook page. 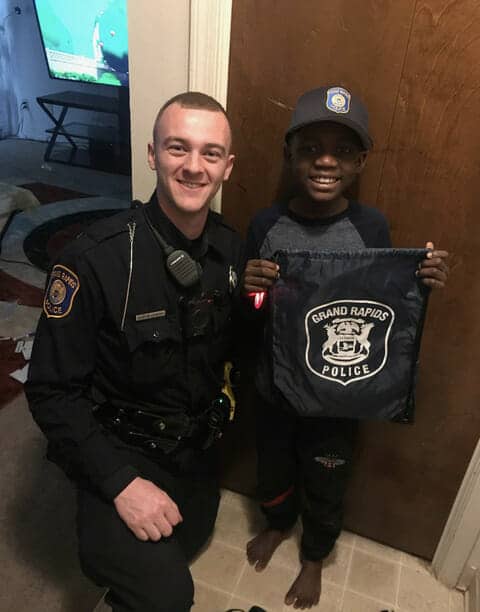 “People at school are happy for me because Austin … he never lets kids down, he’s a hero,” said Daniel.

“I’ll never forget this until the day I die.”

This is what it means to protect and serve your community. Day after day, thousands of other officers like Officer Lynema perform acts of kindness that fly under the collective radar.

It’s time that changed, and hopefully, more officers will feel encouraged to follow in Officer Lynema’s example if they’re not doing so already.