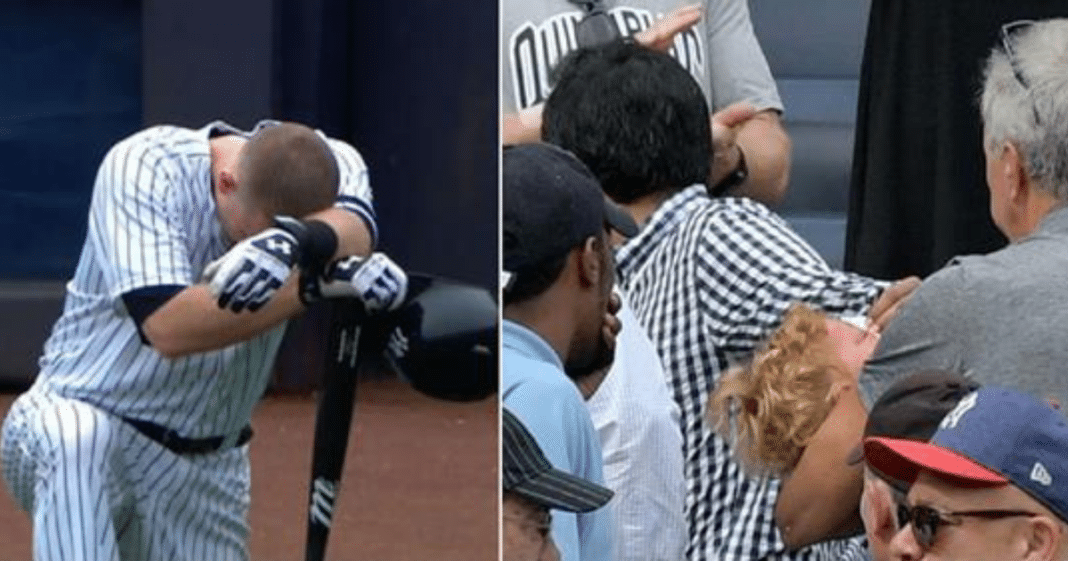 A horrific incident took place during a New York Yankees game in September 2017.

During a three-game series in which the Yankees played against the Minnesota Twins, Yankees third baseman Todd Frazier hit a line drive foul ball which popped into the stands directly striking a little girl in her face.

The ball was reportedly traveling at least 105 mph.

Fans watching the game were in shock, while many players were left in tears on the field.

Both teams stopped the game while hush settled over the crowd. Upon realizing what happened to the ball he just hit, Frazier then dropped down to his knees.

It was a powerful scene to behold, watching strong professional athletes brought to their knees by their emotions.

It appears that the child, who looked to be a toddler, was bloodied by the foul ball.

A man carried the child out of the stadium, and the New York Post reports that she’s was in stable condition, but still had a long road to recovery.

In 2015, all 30 Major League Baseball teams were strongly encouraged to “extend netting 70 feet in each direction, from home plate to the beginning of the dugouts.”

However, while some teams put this into action, other teams like the Yankees have yet to do so.

Now players and fans alike have joined together to urge the MLB to prioritize safety first and require extended netting as a mandatory practice for all teams.