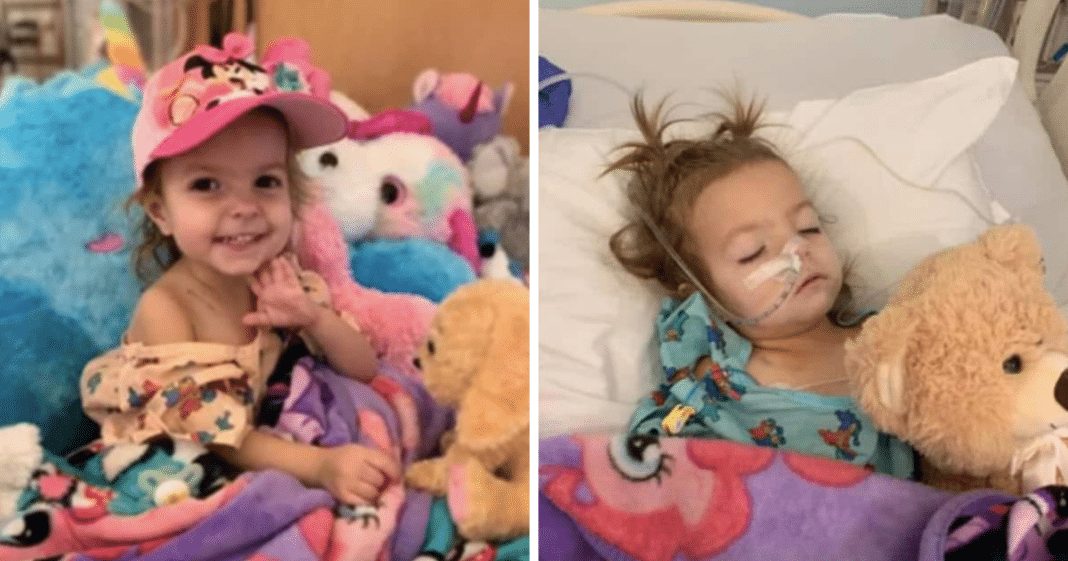 Throughout her treatment, the family shared Kenni’s journey on Facebook and shared everything from the encouraging news to the not so encouraging.

But recently, the family had something very exciting to share: Kenni’s scans are clear!

Thank you so much for all the prayers and for keeping us in your thoughts for the past 4 months. Our journey began 2/14…

On June 12, just a few months after the two-year-old was diagnosed with a rare form of ovarian cancer, Kenni’s oncologist delivered the good news. 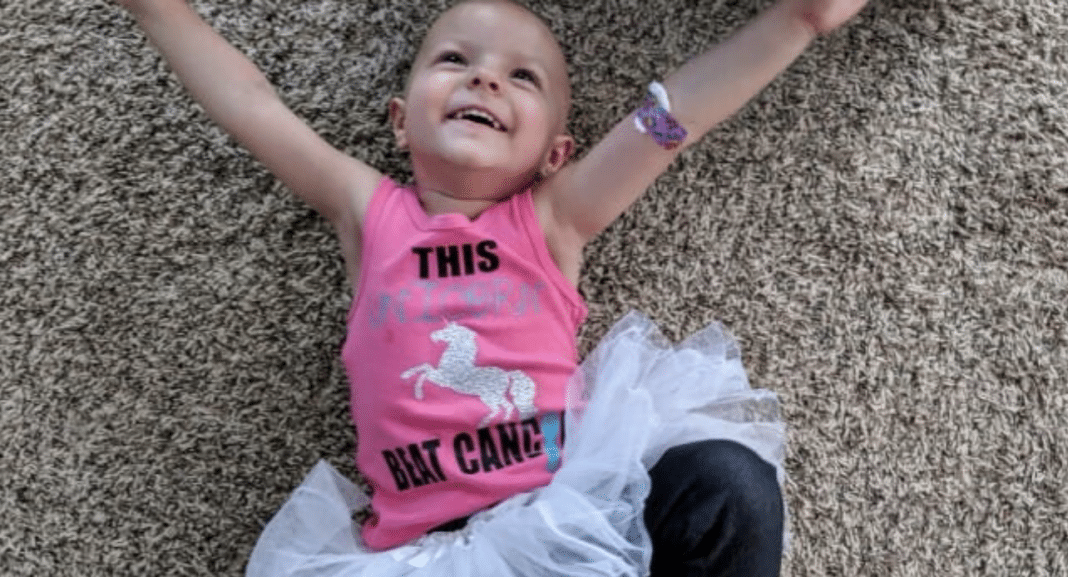 We are so happy to hear Kenni is recovering, and we wish her all the best! She has a bright future ahead of her.
Original Story:

Parents Megan and Michael Xydias thought their two-year-old daughter McKenna Shea Xydias, who they call Kenni, was only constipated or experiencing some sort of growth spurt when her stomach started bulging in February.

They never felt any reason to suspect that there was something seriously wrong with their child, especially after Kenni’s pediatrician said she was only having a bout of gas and would be fine within a day.

“We sent her back to school and the daycare called me and said, ‘Her fever’s at 103 and we’re really concerned about her belly. It seems even bigger,’ ” Meagan tells PEOPLE. She became worried and took Kenni back to the pediatrician. “They said it was gas but I kept saying, ‘Something’s wrong. It’s not gas. Something’s not right.’ “ 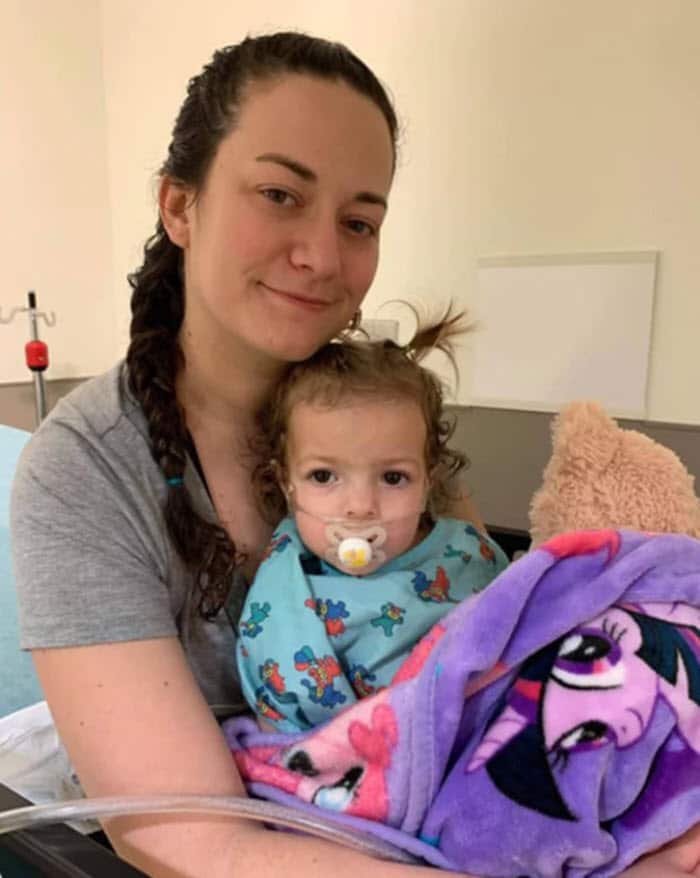 However, when Kenni’s parents took her to Children’s Healthcare in Atlanta’s Scottish Rite hospital for an ultrasound, doctors discovered a mass growing on Kenni’s ovaries.

And so on Feb. 15, doctors diagnosed the toddler with a stage three ovarian yolk sac tumor.

“We were heartbroken. My husband was confused as to how a 2-year-old could have ovarian cancer, like, how could this happen?” Meagan says. “I was just taken aback by the fact that my baby had cancer. Cancer, that’s what shocked me. I don’t think I heard much past that.” 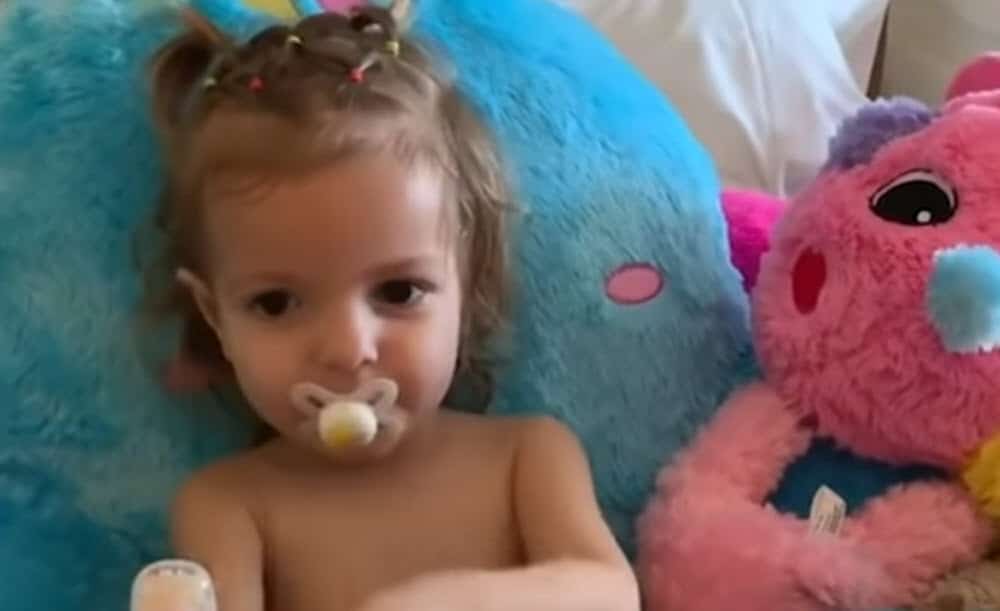 According to the Cincinnati Children’s Hospital Medical Center, Kenni’s condition is a rare, malignant tumor made up of cells found in the embryo.

Its cause is unknown, but symptoms include firm, painless swelling. 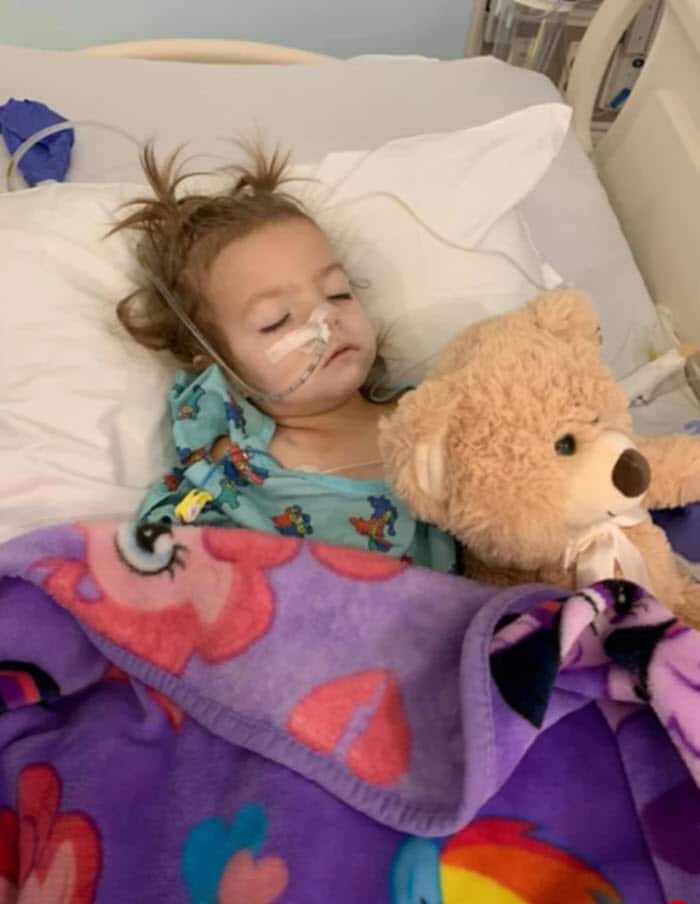 Shortly after her diagnosis, Kenni had to undergo surgery to have the large mass removed.

Megan says that the surgery was a success and that her daughter’s health began to improve immediately. 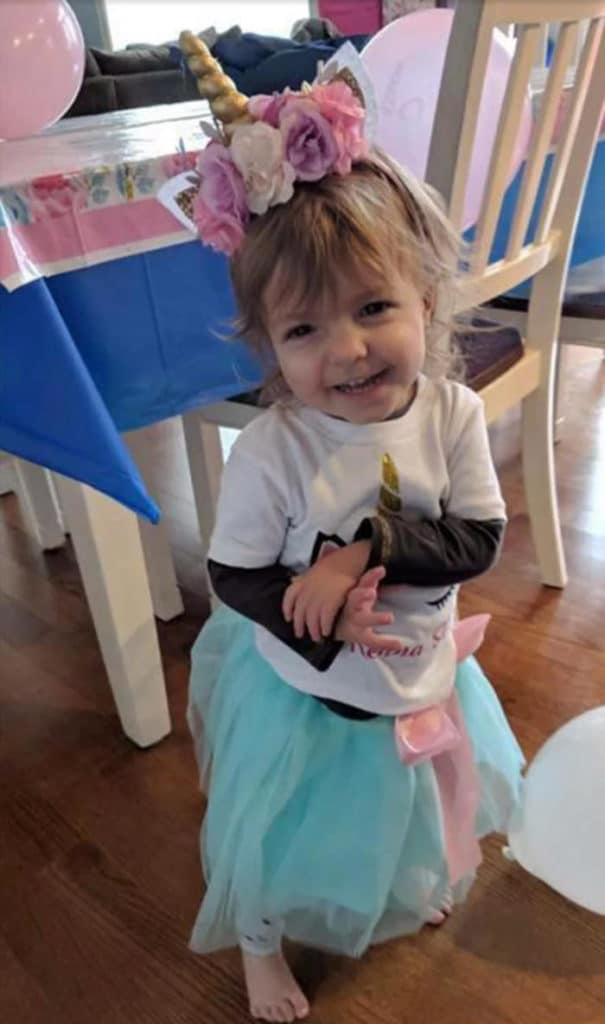 Kenni’s has been hospitalized since her diagnosis but is expected to go home in the next few days.

We’re all praying for this brave little soul.