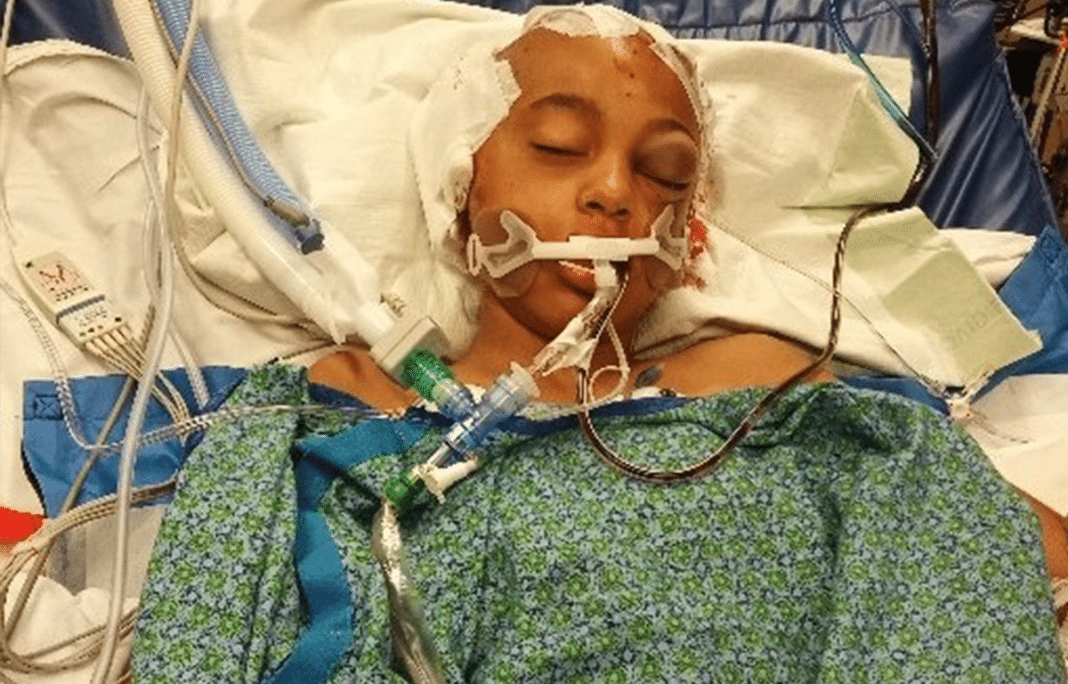 Latonya Williams, the mother of an 11-year-old daughter, Shianne Dean, says her daughter is a fighter. Now Shianne is fighting for her life after a driver struck her after she got off her Minneapolis school bus on Friday afternoon around 5 p.m. on May 3rd. Her nine-year-old sister witnessed the accident.

She went from a fun-loving karate student to laying in a hospital in critical condition, unable to move at all. 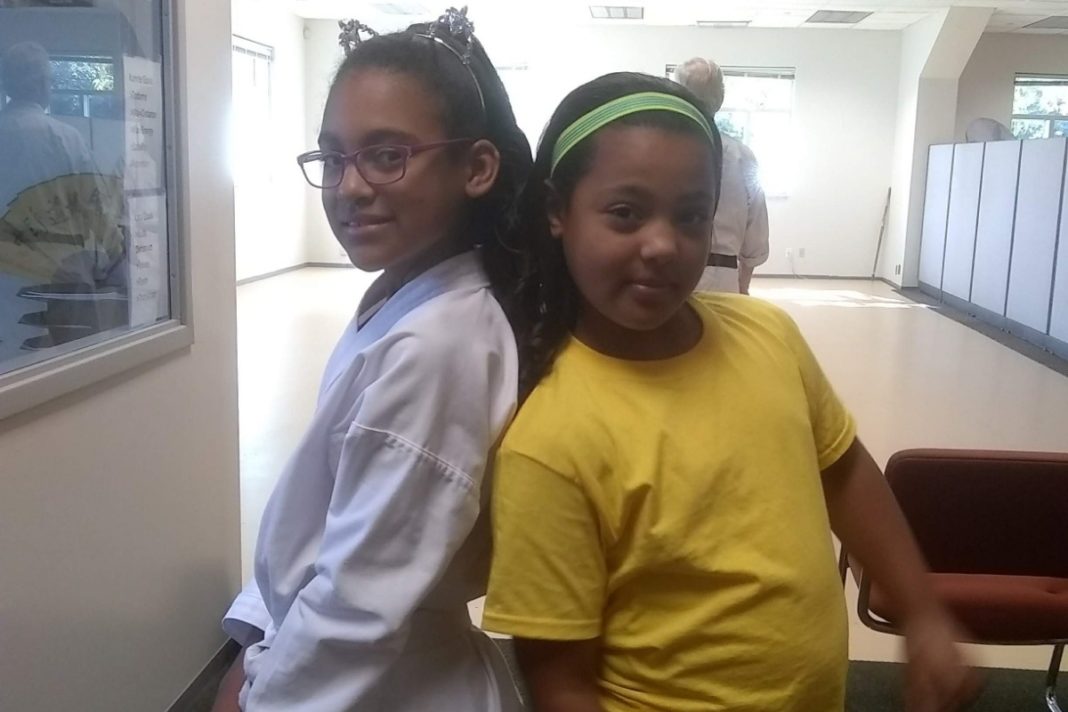 Williams says someone from the bus ran to her door to tell her what happened and she took off running for her daughter. Since the accident, she hasn’t left Shianne’s side at the hospital.

HEARTBREAKING: Shianne Dean is in critical condition, but after two surgeries, her family says the swelling has gone down on her brain as they continue to pray for her full recovery.?❤

A GoFundMe page states that Shianne was excited to give her mother good news after she got off the bus that day.

“Shianne, who is in the 5th grade, was so excited to go home on Friday to share the news with her mother that she passed her MCA test. Shianne unfortunately never made it home. Since this horrific event took place, Shianne has undergone two brain surgeries and has yet to wake up from a coma.”

“It’s really sad for a person to do that to an 11-year-old child and all she is doing is coming home from school,” Williams said.

Minneapolis Police spokesperson John Elder told Fox9 that he believes the driver did not see the bus’s stop arm.

“That’s part of the investigation,” he said, “It’s believed the stop arm was not out.”

ABC7 reported that the driver was released pending formal charges. Witnesses said he “was traveling at high speed when he allegedly attempted to go around the stopped bus.”

“Gregory Garth, 60, was arrested on the scene on charges of criminal vehicular operation, police said. He was released as of Monday pending formal charges, according to the Minneapolis Police Department.”

Investigators are looking into the alleged speeding and if Garth was intoxicated before the accident.

“It’s a shocking case and it’s upsetting to everyone,” Horn told ABC News in an interview on Monday. “When drivers see school buses whenever they’re driving through neighborhood areas they use caution and look out, not only for pedestrians and children but also for vehicles and bicyclists that may be stopped.”

However, Elder also warned the community to show extra concern and caution whenever they see a stopped school bus.

“When people see school buses pulled over to the side of the road, we need to exercise due caution,” Elder said.

“Even additional due caution to make sure that these children are safe.”

The Dean family is praying for Shianne Dean’s recovery and believe she will pull through.

“Hoping and praying for a full recovery,” said Williams.

“She’s strong. I said it ain’t time for her to go. Shianne is coming home.” 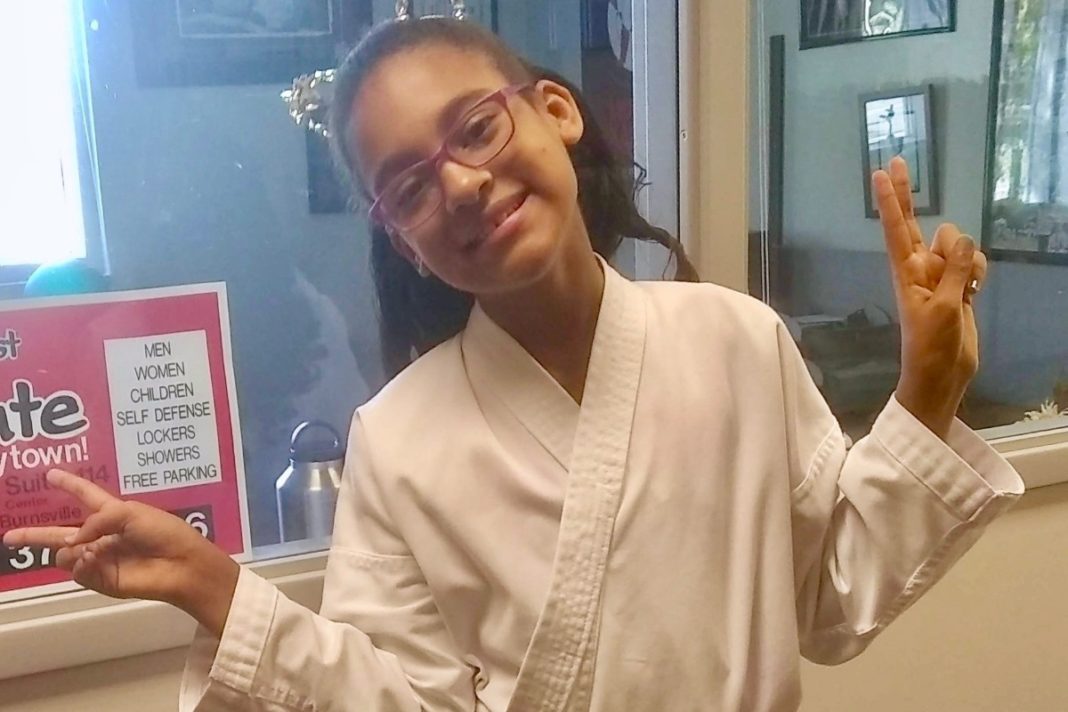 The operator of the bus involved, Monarch Bus Company, is cooperating with investigations.

“Student safety is of utmost importance to us, and that is why our foremost thoughts and prayers are with the student, her family, and the entire Stonebridge World School community,” the school bus operator said. “We are working with local law enforcement and the school during the ongoing investigation of this incident.”

The GoFundMe page states that Shianne enjoys dancing, arts, and crafts and recently received her yellow belt in karate.