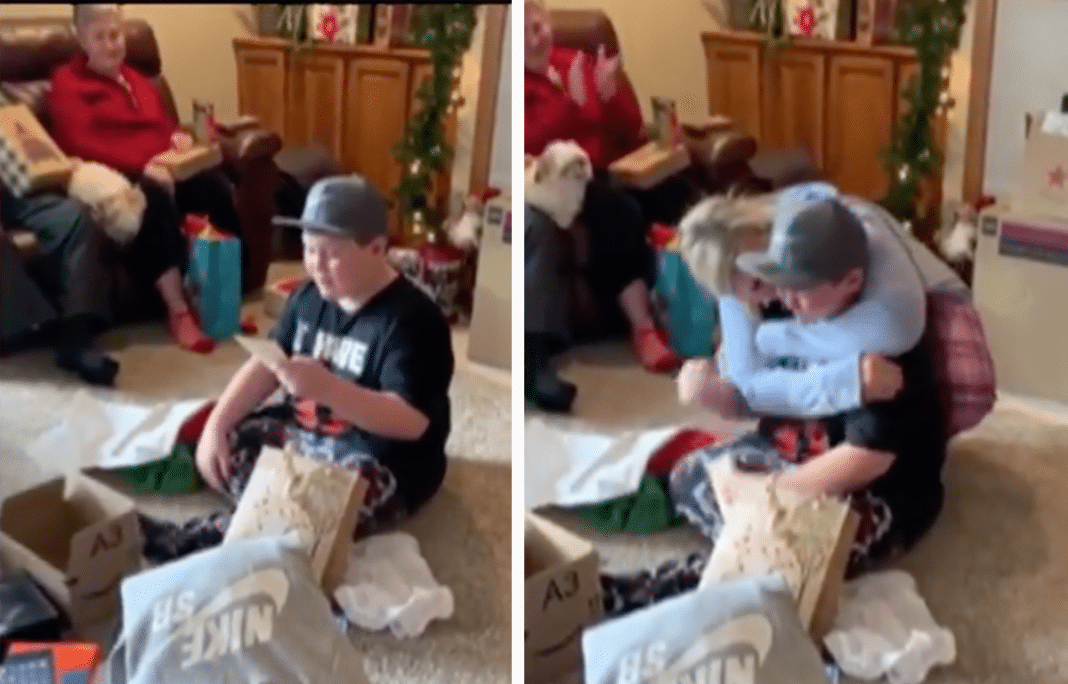 An 11-year-old boy near Lancaster, Ohio, Carter Wyles opened the last of his Christmas presents. Little did he know, what he was about to receive would change his life forever or that a video of what happened would be shared all over the globe.

Wyles was visiting his aunt and uncle for Christmas. He opened a gift with a picture frame and a note inside.

“This is our most recent picture of our family,” Carter says aloud.

“All of us would love for you to be in the next picture and to be part of our family…our…would you like to be a Kiphart and be our son and brother?”

The handwritten litter finishes off with “We love you.”

This special note is behind a life-changing Christmas surprise for one little boy. He got this gift from family outside Lancaster – part of a video that's gone viral. Meet Carter & family at 11 on @wsyx6 pic.twitter.com/Xkd1jopp5b

Carter was overcome with emotion as he learned that his aunt, uncle, and cousins had all decided to adopt him. The family knew they had to act fast, or it could have been the last Christmas they would ever spend with Carter.

ABC6/FOX28 revealed that Carter was about to be adopted by another family.

“The adoption process for an outside family was starting and that was a really, really hard thing for us to accept, and know that this might have been the last time that we were ever going to see Carter,” said aunt Leah Kiphart, “(We) felt that it was really important for us to keep him in the family.”

Of course, nobody could have anticipated the attention the video of Carter has received after it went viral on social media. Over 4 million people have watched the video so far.

“It made me feel good that other people can enjoy…like my happiness and my family’s happiness,” said Carter.

Kiphart explained that they were just as lucky as Carter.

“A lot of people talk about how lucky he is,” said Kiphart, “We are just as fortunate to have him join our family. He is a good, good kid.”

The best part is seeing and feeling a pure joy as the family realizes they will be sharing Christmas and every day together for many years to come. They have started the legal process and expect Carter to be enrolled in their local school this year.

Watch the viral video from UNILAD below:

Kid Adopted For Christmas By Family Who Look After Him

The heartwarming moment a child was adopted by the family who took care of him for Christmas ❤️️?

A typical response to the video:

Other shared their own stories and pictures about adopting children or being adopted themselves. One person remarked on how great it is to see an older child get such great news.

“As a kid that’s been through the system, it warms my heart to see somebody of his age getting adopted. There’s a difference between adopting a baby and adopting a 12-year-old or adolescent. Tons of kids United States that need to be adopted no need to go to other countries. This made my day! ❤️❤️”

Another person summed it up:

See more from Haley Nelson of WSYX6 Ohio below:

A little boy who had never experienced a true Christmas got an amazing surprise this year. Family asked to adopt him – in a video that has been watched by millions! We got to meet 11-year-old Carter & his family.More details: https://bit.ly/2SnG0r8.