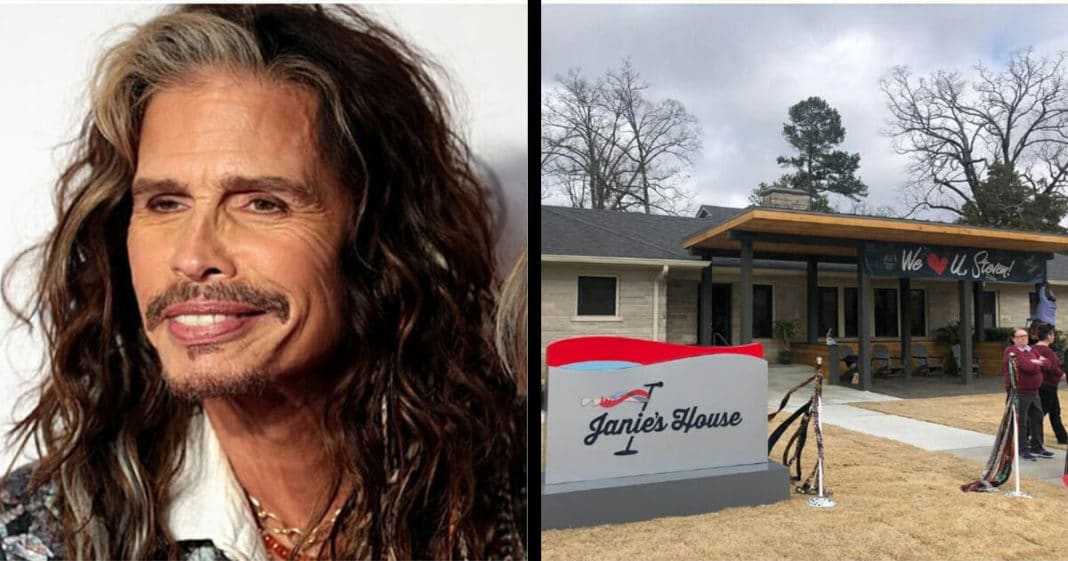 Lead singer of the legendary rock band ‘Aerosmith’ recently did something even more extraordinary than the band’s fantastic music.

The charismatic musician is no doubt among some of the greatest vocalists to ever live. However, it something that he’s doing outside of music that’s making everyone stand up and cheer.

While the rock and roll legend’s enjoyed a long and storied career, he’s not quite ready to trade in his leather pants for golf shorts. In fact, he’s going far beyond making music to make the lives of young abused girls a little brighter.

It turns out, Tyler’s focusing his energy on a particular project called “Janie’s house,” and it’s kind of amazing.

The Aerosmith frontman has helped establish a home for neglected and abused girls and even notated $500,000 toward the renovation of a suitable 82-acre building located just on the outskirts of Memphis, Tennessee.

Named, “Janie’s House,” after Aerosmith’s hit 1989 song “Janie’s Got a Gun,” the house will help provide a safe space for women who have no place to go.

The home’s goal is to raise awareness of the neglect and abuse many women endure in this country while generating financial support to help victims find the proper channels to aid them in overcoming any trauma in their lives.

The home is set up to foster 14 girls at a time (between 26 and 60 annually) and promises to shelter them as long as they need help.

On top of supporting the homes, Tyler has also created “Janie’s Fund,” which so far has raised about $4 million in total since opening.

It’s so heartwarming to see iconic figures in the entertainment industry giving back in such a way.

Celebrities like Steven Tyler have more than earned the adoration of millions of fans.