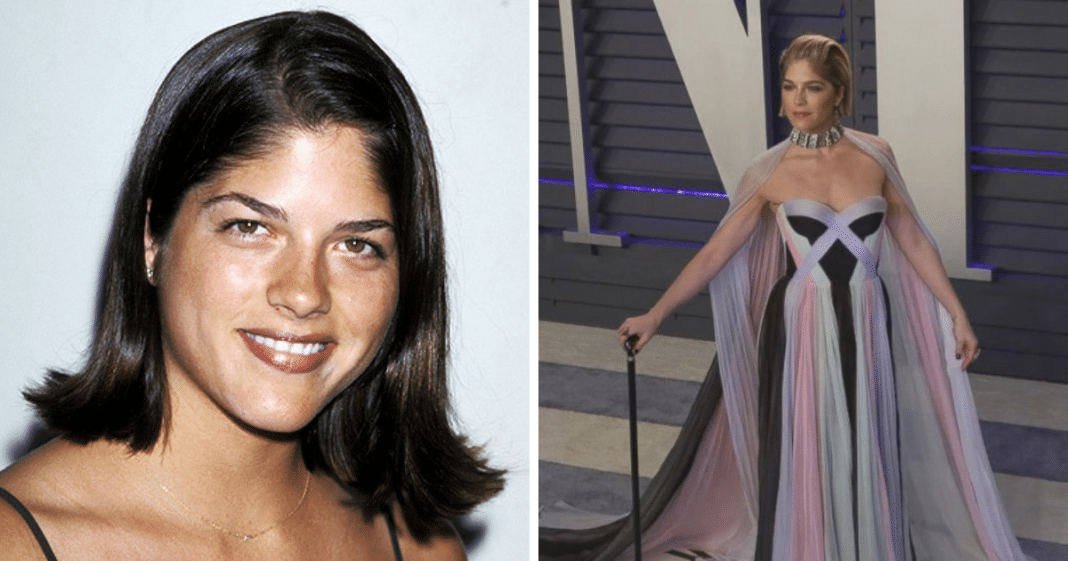 Actress Selma Blair first revealed she was diagnosed with multiple sclerosis in October 2018, and since then, the actress has kept her fans updated with candid social media posts about her condition.

Blair bravely made her first public appearance since her diagnosis, arriving at the February 24th Vanity Fair Oscar Party in a show-stopping multicolored gown, holding a customized cane.

Selma Blair on the red carpet at the Vanity Fair Oscars after party on Sunday evening, US time. This is Blair's first…

Now, Blair has given an on-camera interview to show what her life with MS is like day-to-day.

Blair’s interview with Robin Roberts aired on the February 26th episode of Good Morning America. The 46-year-old actress told Roberts that she was in the midst of a flare up, but that she was “doing very well.” She explained that she wanted to do the interview in order to shed light on what living with her condition is like.

Her candid interview about her diagnosis — and the many years it took to receive the diagnosis — has sparked an outpouring of praise and support.

Along with the support have come questions about MS and the different forms it takes in different people.

During her interview, Blair was in an “exacerbation” of MS, or an attack that causes new symptoms or the worsening of existing symptoms. Her speech was also affected due to spasmodic dysphonia, which is a neurological disorder that affects the voice muscles in the larynx.

Despite her flare up, Blair, the mother of a 7-year-old son, still chose to speak out about MS in order to raise awareness of the chronic disease.

This was a pleasure. A gift of love and support to all of us from @goodmorningamerica @robinrobertsgma and me ?. Meeting and talking with #robinroberts was everything . Tune in #february26 to see the interview on #goodmorningamerica. #ms #warriors #support #stillanactress #mom #keepon #thebestisyettocome ⭐️ #notcopyandpasted. ?

The actress spoke about not only her physical challenges but also the mental challenges she faced as she went nearly seven years without a diagnosis.

“I had tears. They weren’t tears of panic,” Blair said about the moment she was diagnosed.

“They were tears of knowing I now had to give in to a body that had loss of control, and there was some relief in that.”

While she admitted that she had been “a little scared of talking” during the flare-up, but that her neurologist told her it would “bring a lot of awareness because no one has the energy to talk when they’re in a flare-up.” She then jokingly added, “But I do ’cause I love a camera.”

You can watch the full interview here:

Please keep this strong woman in your prayers. We are thankful she is speaking out and spreading awareness. Her bravery will mean so much to the millions living with MS.