92-year-old man gets kicked out of Bank Of America, then a police officer takes action 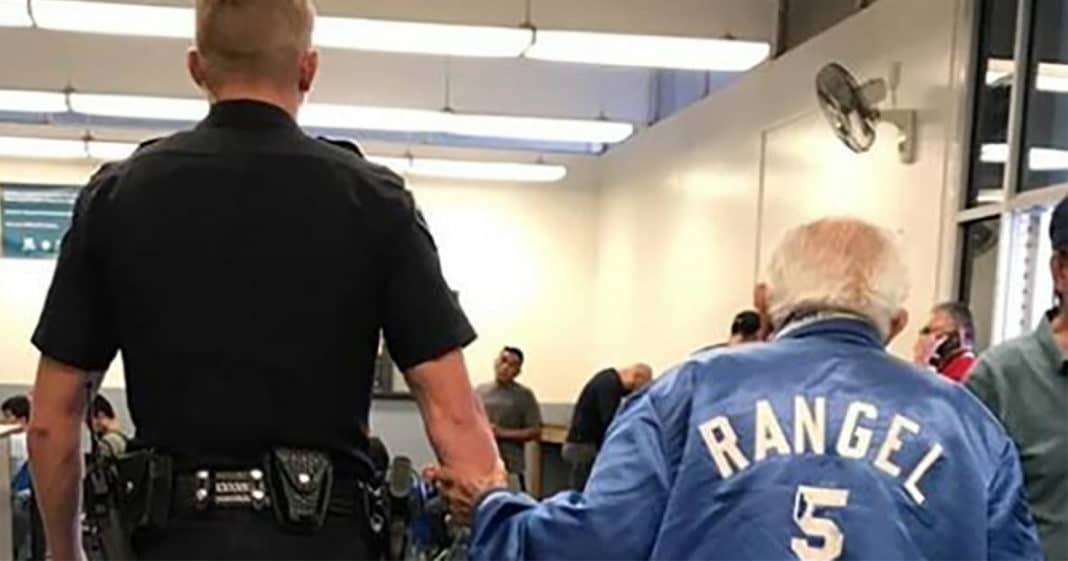 Police often have to respond to all kinds of incidents every day ranging from mundane to dangerous, and sometimes the bizarre.

But recently a police officer out of California has warmed the hearts of folks across the country after what he stepped up and did for a senior man after the gentleman was recently kicked out of a local Bank of America. 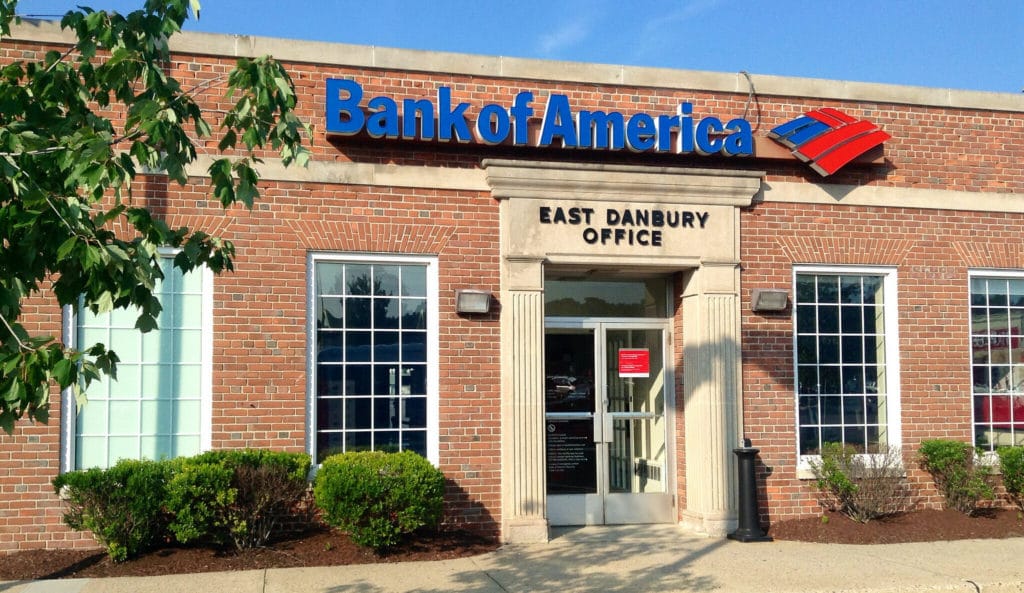 Officer Robert Josett wasn’t sure what he was in for when he arrived at a troublesome scene at the bank.

Staff called the police to report an incident involving an agitated 92-year-old man.

While it was possible for the police to have dealt with the disturbance quickly, given the age of the person involved, Officer Josett decided to take a different approach.

Instead, he took his time showing the elderly gentleman incredible, patience, respect, and compassion.

The incident started when the Montebello Police Department, located just outside of Los Angeles, California received a call reporting a troublesome customer at the bank.

Officer Josett, was the first officer to arrive on the scene.

Upon entering the bank, he noticed a 92-year-old man who seemed quite upset and agitated.

The man wished to withdraw some money from his account, however, since his ID card expired the bank said they couldn’t help him.

Without proper identification, the bank’s policy did not allow them to process the man’s request to withdraw funds.

The older man, could not understand why and became increasingly frustrated.

Eventually, bank staff felt they needed to call the police to have him removed.

After learning about what happened, Officer Josett decided on a course of action that astonished everyone. 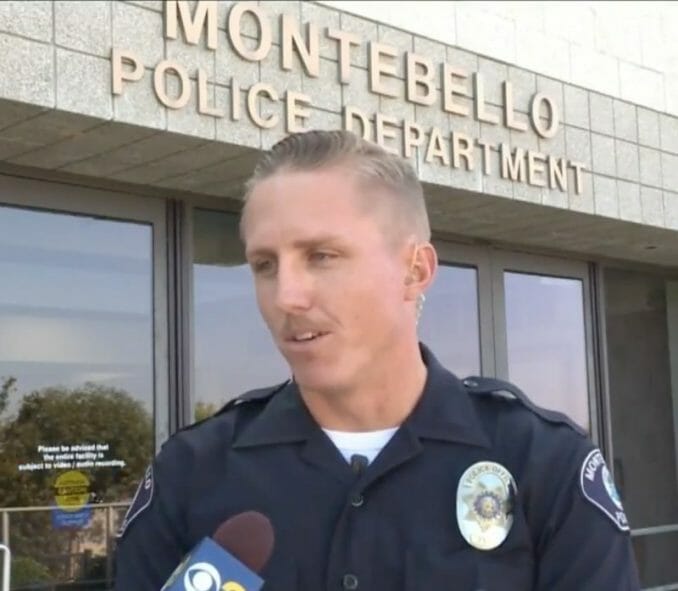 The officer understood that by law he had to intervene and was obligated to escort the man off the premises.

But, that would not solve the poor gentleman’s problem.

So instead, Officer Josett drove the man to the Department of Motor Vehicles where he helped him obtain new identification, reports KDVR.

But the officer’s kindness didn’t end there.

He then took the man back to the bank and helped him withdraw his money.

Later, the Montebello Police Department posted this picture showing Officer Josett escorting the man back to the bank which immediately went viral. 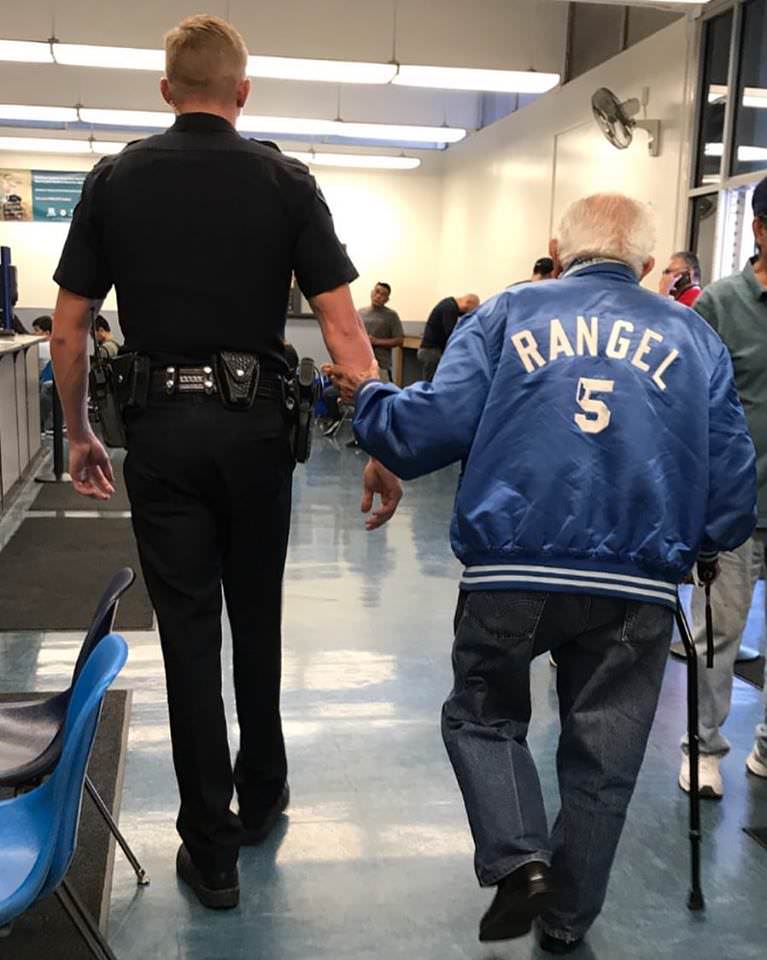 “All this Little Grampa wants is to keep his independence. And the officer helped him in a dignified manner. Good Job Officer!”

“We often hear only bad news of officers, we can’t judge everyone the same,” agreed another.

“Officer Robert Josett thank you so much for helping this elderly man, it could have been my father or grandfather. God Bless you….and thank you for your service.”

A true hero, officer Josett was genuinely surprised by all publicity while humbly explaining how this really wasn’t a big deal.

By allowing a 92-year-old man to carry out his business while respecting the man’s dignity, this officer proved to be a shining example that we all should follow.

This is what the best of humanity looks like.