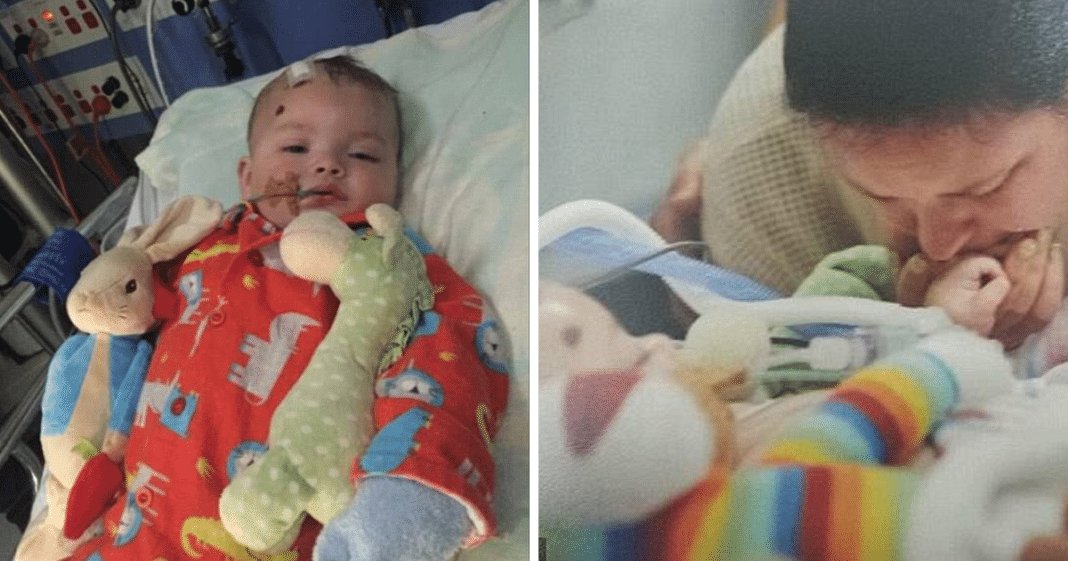 After four hours of abuse at the hands of his own uncle, which took place while his parents were on their honeymoon, seven-month-old Bobby was merely clinging onto life.

Doctors told Barry and Elise Webber that their critically injured baby stood very little chance of survival and that his life support should be shut off.

His devastated parents agonized over the decision but followed the doctors’ recommendations, and after christening their beloved son Bobby, they switched off his ventilator.

But against all odds, little Bobby managed to keep breathing, and is still making remarkable progress today. 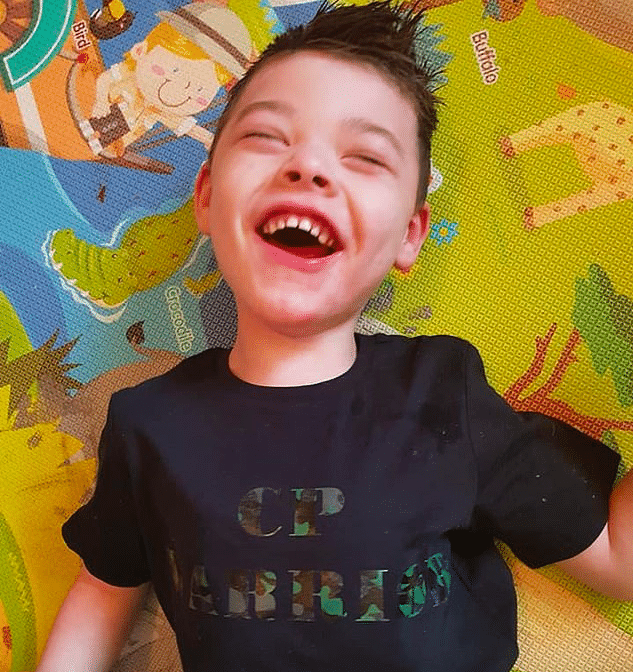 A myriad of hurdles have followed the horrific incident, but four years later, Bobby – who has since been dubbed Bobby the Brave because of his fighting spirit – is thriving.

The attacker, Andrew Nolan, was engaged to Bobby’s aunt and had been a family friend for 12 years before the sickening incident. 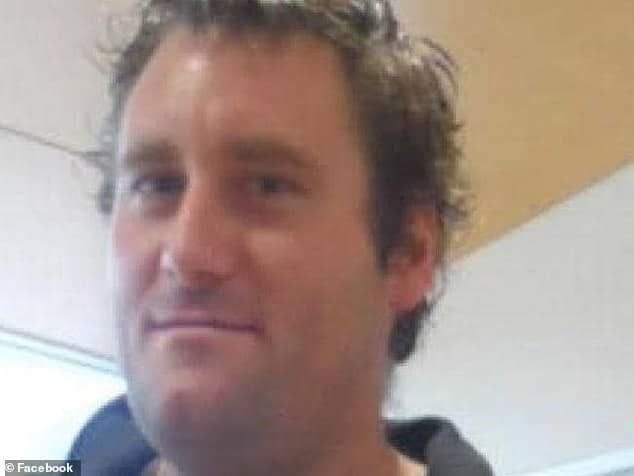 Nolan has never admitted what exactly drove him to abuse Bobby that day while his fiance took Bobby’s older sisters to the movies.

He pleaded guilty to abusing Bobby over the four hour period and was initially sentenced to only eight and a half years in prison. That sentence was increased by an additional three years on appeal.

But four years after the horrific ordeal and the parents’ gut-wrenching decision to switch off Bobby’s life support, his mother shares how he continues to exceed expectations.

Tragically, Bobby’s primary injuries are still the same, he was left with a traumatic brain injury and quadriplegic cerebral palsy.

He lost vision completely in one eye, but can still see from his other eye, and enjoys watching his favorite TV show, Barney and The Wiggles. 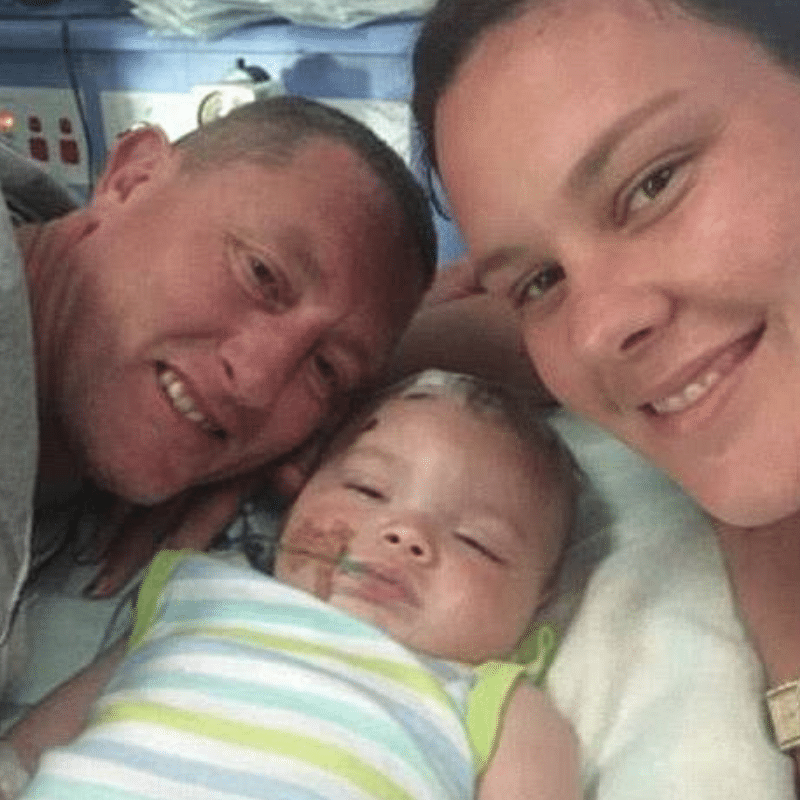 Mrs. Webber said Bobby is high energy, and loves to be entertained, which keeps the family on their toes.

‘The hardest part is the constant position changing. He can’t sit up or crawl to get to where he wants to be, he relies on us to help him,’ she said.

‘It never stops. As soon as Bobby wakes up, there is a lot of lifting involved. We give him his first round of medication and try to get him changed.’

‘We take him to the toilet because he’s toilet training at the moment. But he’s nearly completely toilet trained – which is amazing.’

‘It is honestly one of his biggest achievements, and it has changed so much for us as a family,’ his mother shared.

‘We were told all these things, he would never do any of this stuff but here he is doing it.’

‘He’s in remission from epilepsy, as well,’ she added. 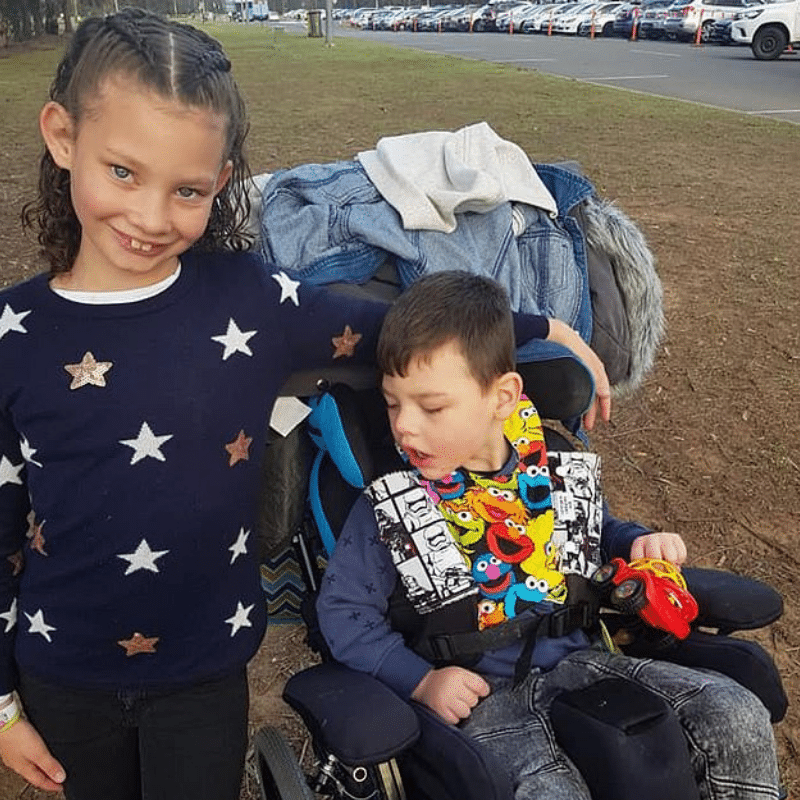 Mrs. Webber hopes this diagnosis will lead to Bobby coming off some of his medication, as it has been three years since his last seizure.

For a family who was once told the best outcome for Bobby would ‘be for him to pass away’, the miracles that they see every day with Bobby’s progress are far more than they could have ever hoped for after the heartbreaking ordeal.

‘Our little boy is showing us what he would have been like prior to the injury.’

We continue to keep sweet Bobby and his family in our prayers.