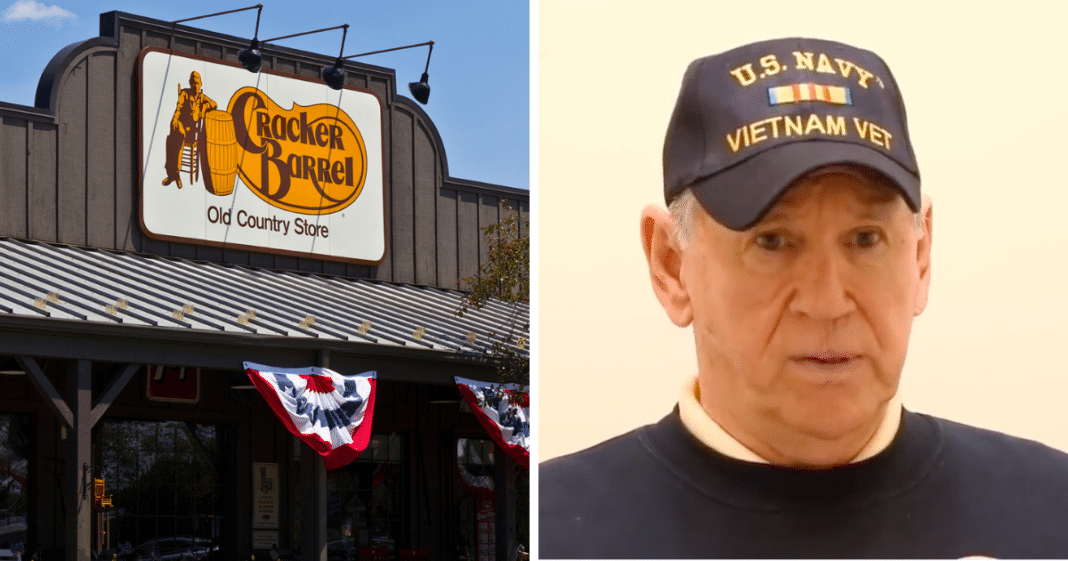 Vietnam Navel Veteran Lou Zezoff of Granite City, Illinois, took his wife Annette out for a quiet dinner at a Cracker Barrel while wearing his “US Navy Vietnam Veteran” cap. 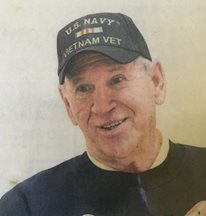 After being seated, Lou glanced over and noticed five young men sitting at a table close to his. Little did Lou know, the young men also noticed him and his hat, and these youngsters had plans for the vet’s evening he never expected.

After Lou and his wife ordered their food, the young men sprung into action.

One of them came over and stood over Lou’s table.

“I stood up,” Lou recalled as he came eye-to-eye with the young man.

The young man then threw out his hand, thrusting it in Lou’s direction. 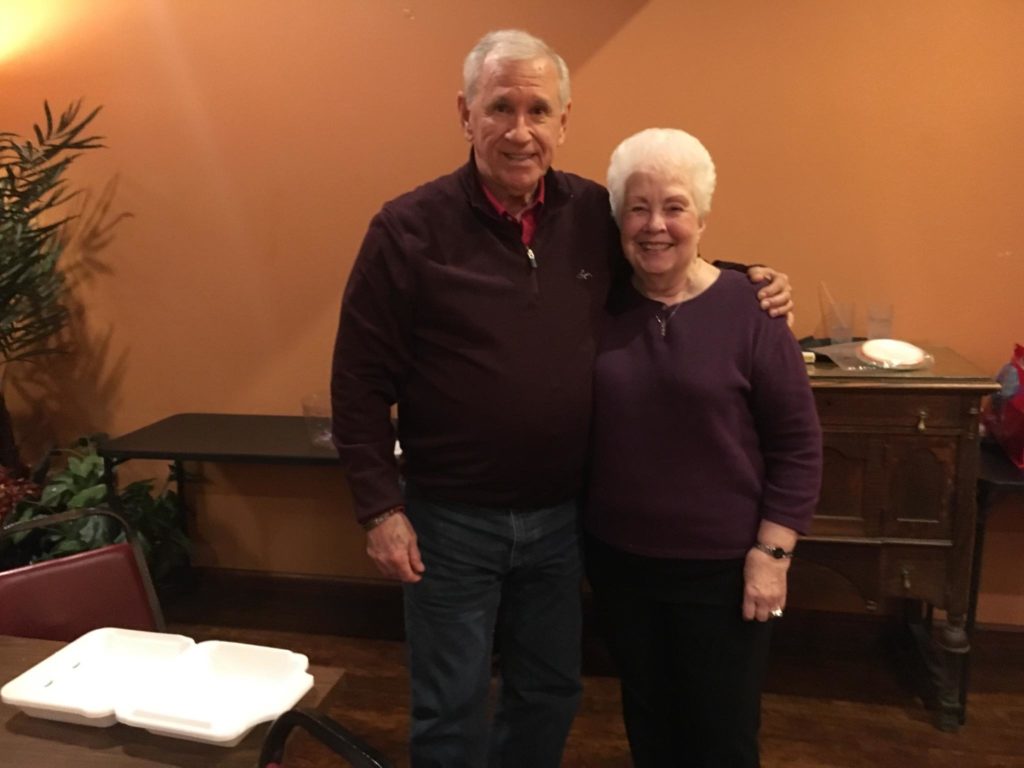 “I knew they were military by their haircuts, high and tight,” Lou said, explaining how he knew right away they were service members even though they weren’t in uniform.

The young men were Marines, and the first to approach Lou wanted to thank him for his service. However, the group was just getting started. As the first man returned to his table, another came over to Lou. Once again the veteran stood up. The second young man said, ” I want to thank you for all five of us,” motioning to the other Marines.

Lou acknowledged him with a nod, and they spoke briefly. After expressing his appreciation and wishing them luck in their military careers, Lou returned to his meal, thinking that was the end of their interaction.

But when, they finished their dinner, and Lou gestured to the waiter for the check, something unexpected and unusual happened.

Wearing a big smile and waiving Lou’s bill, the waiter said, “This is your lucky day.”

The young Marines quietly bought Lou and his wife’s meal.

On the receipt, one of them wrote, “Seper Fi” across the top with a hardy “Oorah!” at the bottom.

The veteran was utterly caught off guard by the kind act. He immediately got up and put his arms around one of the men. 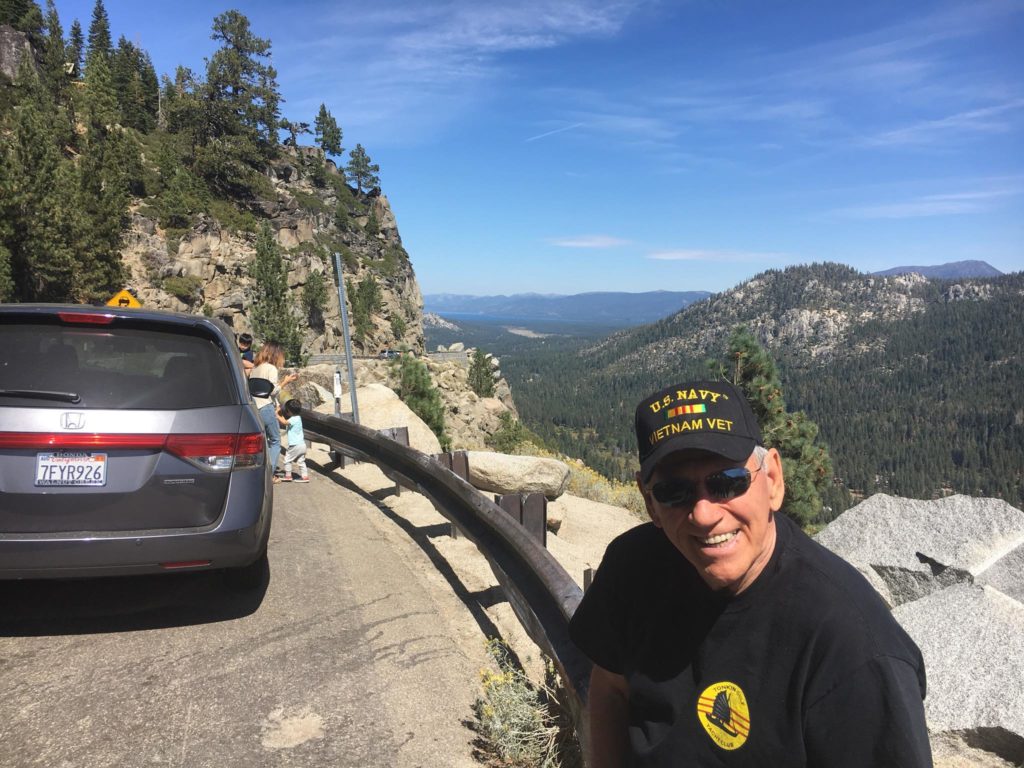 “You don’t have to do this. I know, being in the military, you don’t make a lot of money,” Lou told them, insisting that their acknowledgment for his service was more than enough.

But the Marines would hear none of it.

“The wanted me to know how much they appreciated me,” Lou said.

Thankful, the vet returned to his table to get his jacket as the Marines began to leave.

Knowing that they were about to part ways, the young men decided to show the veteran one last gesture of respect.

While the fifth Marine was off paying the bill, one the other four men filed in a line and one by one they extended their arms to shake the Vietnam Veteran’s hand.

Lou was moved beyond words, later describing himself as “a basket case” during that emotional moment as tears again began to well in his eyes when describing the scene.

An unusual quiet replaced the low chatter of the other restaurant patrons as they watched in awe of the Marine’s conduct.

After the fourth Marine gave Lou “the sharpest salute” he’d ever seen, the men turned and walked out.

Lou remembered feeling in “awe” of the young men and feeling the sincerest gratitude for the outstanding respect they paid to him and his service.

Lou then turned to his wife, who wisely advised that her husband sit down to catch his breath after the heartwarming moment.

When reached for comment, they nonchalantly explained that it was merely the right thing to do.

“He fought for us. Now it’s our turn,” Pfc. Diaz said, explaining why he felt it was so important to pay his respect to the Vietnam veteran.