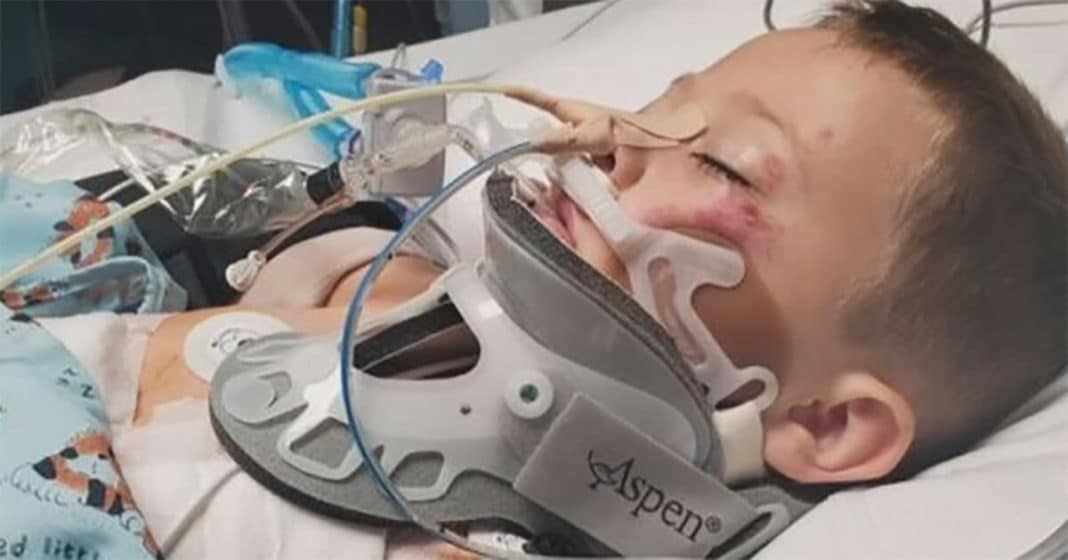 A 5-year-old little boy is now in the hospital fighting for his life after a vehicle backing of a driveway crushed him.

Jameson Ashley, from Michigan, was out walking with his big sister when the incident happened.

His mom, Mallory, noted that the vehicle just continued to back up and “ran over the top of him,” according to WNEM News. 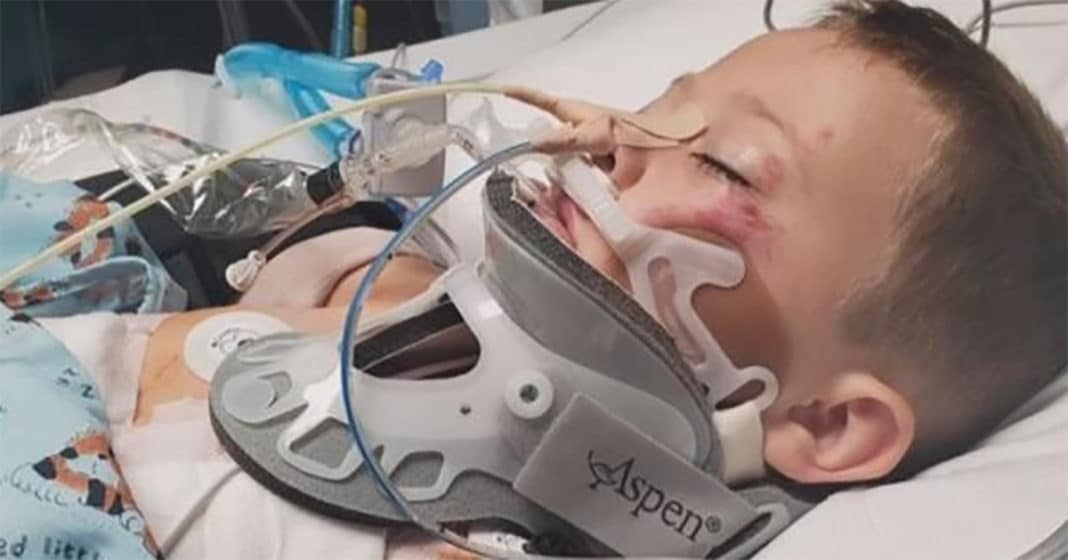 Jameson had just started kindergarten and was walking with his big sister in the Richfield Township mobile home park, when tragedy struck on August 30.

His mom said when the vehicle hit her son, they “proceeded to still keep backing up and ran over the top of him,” according to WNEM News.

“Then when she got out he was underneath her tire. He was just crushed.”

According to the news outlet, both of the child’s arms were broken. He also suffered five fractured ribs, a fractured pelvis, and a collapsed lung. Also, doctors had to remove the 5-year-old’s spleen.

A GoFundMe appeal recently posted an update on September 8, stating that Jameson still could not eat.

“He won’t talk, nod his head or really any response. He has his cath and chest tube out. Hoping for a better tomorrow.”

It will be some time before Jameson will be able to walk again and his family now face the difficult task of finding in-home care. Plus, the young boy will now have to be homeschooled according to the page.

“His class has drawn him pictures, his teacher has been up here with gifts for him,” Mallory said.

Jameson’s mom and dad Joshua also sent out a message to all drivers.

“Triple check yourself,” Mallory said.” Even if you’ve got to get out of your car to tell the kids to step away from you. It’s very important.”