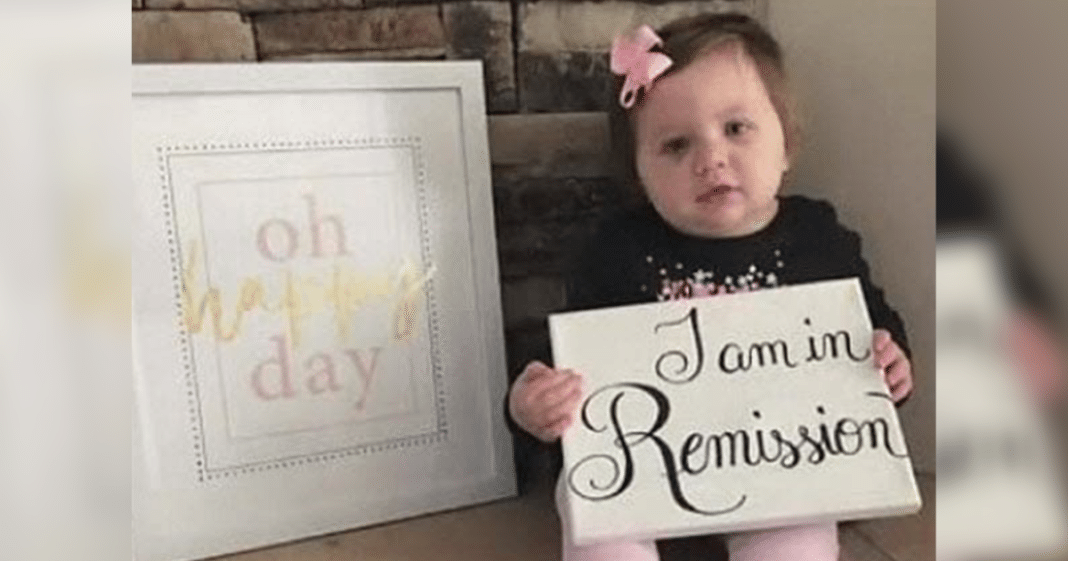 In Bowling Green, Kentucky, WFLA/CNN reports that the family of a brave 21-month-old little girl is celebrating after their child managed to beat stage 4 cancer.

When she was first diagnosed with neuroblastoma, little Molly Hughe spent 130 nights in the hospital undergoing 15 months of torturous cancer treatment. But Molly proved to be one tough cookie. 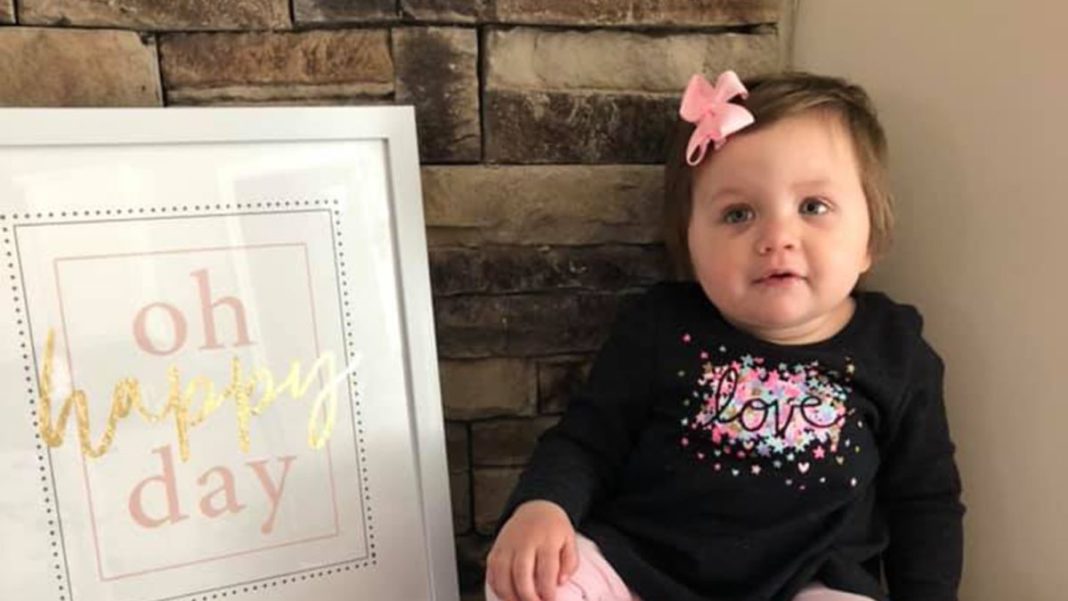 “She would just bounce back after every treatment. I mean she would knock her down for few days and then she would be at playing again,” said Molly’s mother Chelsea Hughes.

During this time Molly’s family and friend rallied to support her battle with cancer and #MollyStrong became their battle cry.

Now, the same family and friends are celebrating Molly’s miraculous victory over the deadly disease. Molly’s mom explained how she’ll always remember the phone call that delivered the good news.

“Just like, I fell to the ground after I got off the phone and I just hugged her for like five minutes,” said Hughes.

Her mom also credits the power of prayer for saving her daughter’s life.

“I believe that’s what helped her get through all this. With all the prayers she’s heard and which I can’t thank everyone enough for.”

According to Cancer.org neuroblastoma is the most common form of cancer within infants less than one-year-old. It also accounts for roughly six percent of all cancers in children. Each year in the U.S. there are reportedly 800 new cases of neuroblastoma.

Despite the name, neuroblastoma is not a brain tumor. Instead, it’s a common extracranial solid tumor that affects children.

Symptoms of the disease include abdominal tenderness and pain, constipation, weakness, irritability, fevers, and anemia or bruising from low blood counts.

And according to the St., Baldrick’s Foundation about half of the children diagnosed with neuroblastoma die from the disease.

Thank God little Molly was one of the lucky children to beat this disease! Bravo Molly! Well done!