19-year-old recovering after jumping off pier to save drowning boy: ‘I didn’t want the baby to die’ 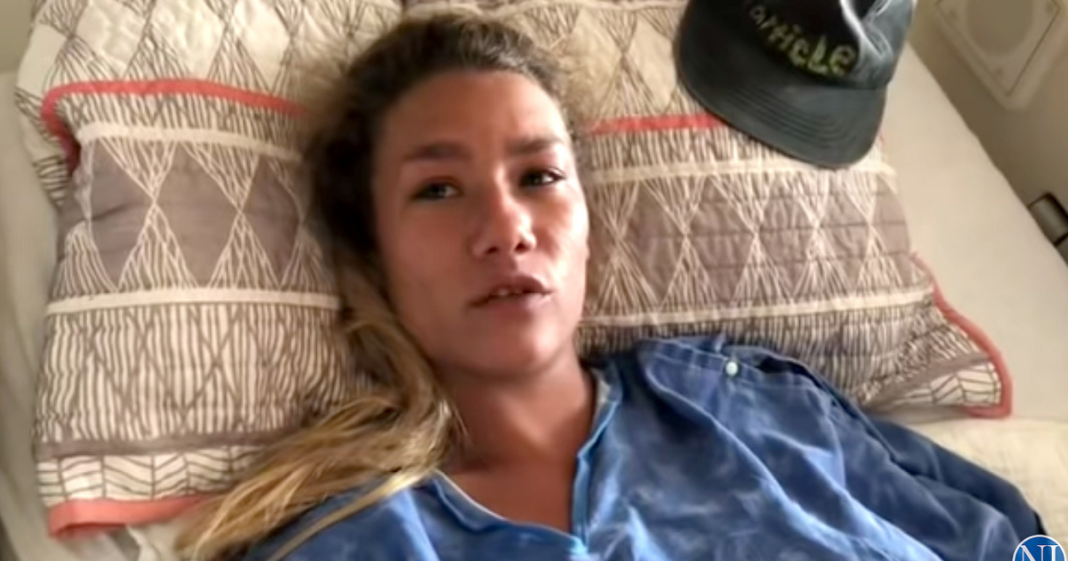 A 19-year-old waitress is currently recovering from an injured back and broken foot after she jumped off a pier to save a drowning 8-year-old boy, only to strike a sand bar and require rescue herself, according to reports.

Hanna Pignato said she was at work on the rooftop deck of Joe’s Crab Shack in Daytona Beach, Florida on Saturday just before 8 pm when she saw a group of people in a panic, reported Daytona Beach News-Journal.

She quickly learned the cause of the disturbance: a young child was struggling in a rip current.

“I saw the mom screaming and crying. Just hearing her wail terrified me. Then I saw the little boy … his head just kept going down,” Pignato told the publication. “I was just thinking that could be my little sister I would hope someone would save. So I jumped.”

Pignato leaped off the Daytona Beach Pier to save the child. However, when she dove in, Pignato hit a sandbar, injuring her foot and back, according to WESH.

As for the boy, he was rescued and taken to a local hospital, the station reported.

“I didn’t want the baby to die,” Pignato told the News-Journal. “He wasn’t a baby, he was 7 years old, 8 years old, but still I mean, that’s a human life — you just can’t look at that and walk away.”

She added: “I wasn’t thinking about the sand bar. So I injured my back and broke my foot.”

With that, authorities got a call about a child trapped in a rip current as well as a young woman “lying on the beach by the pier,” Volusia County Beach Safety Ocean Rescue Capt. Tammy Malphurs told the News-Journal.

“WE BELIEVE HER HEART IS IN THE RIGHT PLACE, BUT WE DO NOT ENCOURAGE PEOPLE TO TRY AND RESCUE PEOPLE DROWNING,” MALPHURS TOLD THE PUBLICATION.

Pignato underwent foot surgery and as of Monday was in recovery, according to WLKY.

No matter what anyone says, this young lady is a certified hero in my book!