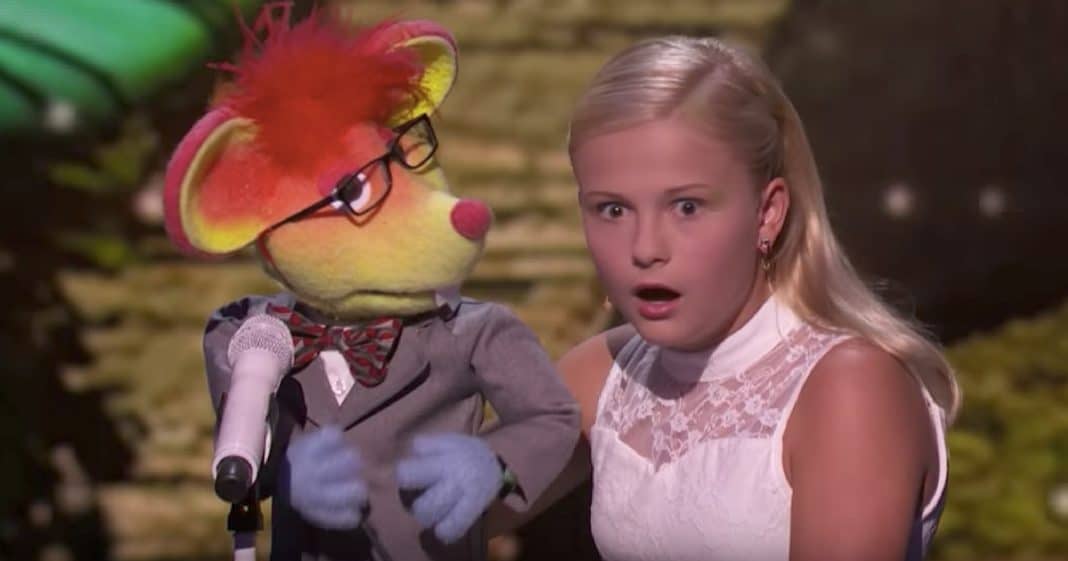 We have been in awe of 12-year-old Darci Lynne Farmer ever since she walked out on the stage of America’s Got Talent two months ago. The adorable pre-teen giggled nervously as she explained how she had always been terribly shy and ended up using ventriloquism to help her gain confidence.

Her performance using puppet Petunia the rabbit was so incredible that judge Mel B gave her the Golden Buzzer, pushing her through all of the auditions to the live rounds.

We have been anxiously waiting to see this young lady perform again, and last night was the night!

This time Darci Lynne had a new puppet – Oscar the mouse – and he had a surprising confession to make. He told Darci Lynne he was in love with Mel B!

In an effort to win her heart, Oscar belted out a love song to the flattered judge – The Jackson 5’s “Who’s Lovin’ You” – and by the end of the performance, the entire audience was on their feet!

We have seen some incredible performances on America’s Got Talent this year, but we have been absolutely blown away by Darci Lynne! She can do something that most people never could, and she does it with the skill and flair of someone who has spent a lifetime training.

She is definitely a special young lady and we know that, no matter what the outcome of this show, Darci Lynne is going to go far!

Did you love Darci Lynne’s performance as much as we did? So share this!