Doctors Say There’s No Hope For Brain Dead Wife, But They Keep Her Alive For Important Reason 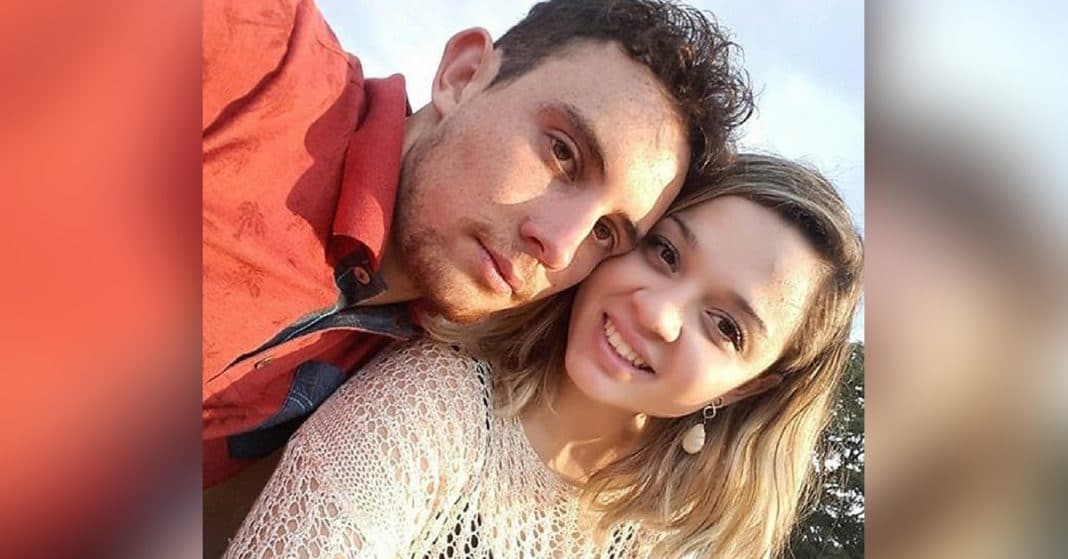 Life throws us curve balls when we least expect them. Tragic events occur that we can’t explain and don’t understand. But on the other side of these devastating times, miracles can happen.

One day last fall, Muriel received a call from his wife that would forever change his world and family. The 24-year-old man explained: “I was on my way to work last October when Frankielen called begging me to come back home urgently.

“She said her head was killing her. I told her to take a tablet. But she said there was a sharp pain at the back of her neck, and it was so strong she felt she was going to collapse.”

Alarmed, Muriel rushed home and found his wife dizzy and vomiting from the pain. She was shaking and crying. Distressed by his wife’s condition, Muriel got Frankielen in his vehicle.

“As I drove her to hospital, she said ‘I want you to be prepared to accept this because I will be staying there, I won’t be coming home,'” he recalled. “Then she passed out, and those were the last words she spoke to me and the last time I saw her alive.”

Muriel had no way of knowing his wife’s premonition would come true. Doctors diagnosed Frankielen with cerebral hemorrhage, or severe bleeding on the brain. For the next three days, doctors conducted numerous tests and CT scans, only to declare Frankielen brain dead.

Frankielen was only 21-years-old, but her age isn’t the only factor that makes this story tragic. She was also nine weeks pregnant with the couple’s twins.

The staff at the Nosso Senhora do Rocio hospital in Campo tried to prepare Muriel for the worst. His wife and unborn twins were going to die.

“They told me they would give the babies three more days of life because they had given my wife multiple CT scans, sedated her with powerful drugs and pumped her full of antibiotics and this meant everything had ended up in our babies,” Muriel said. “They said as soon as their little hearts stopped beating, they would turn off the gadgets and I would be able to bury my wife.”

But to the astonishment of everyone, the babies’ hearts didn’t stop. Against all the odds, the twins continued to fight.

Dr. Dalton Rivabem, head of Neurological ICU and the physician in charge of the case, knew they had a challenge ahead of them.

“We did an ultrasound on the embryos thinking they would be failing in the womb but to our surprise, they were clinging to life,” he said. “Frankielen’s organs were all intact and working as if she was still with us. We took the decision to keep her alive to save her unborn children. And every day we watched them grow normally.”

Frankielen’s case was quite complicated because there was so much involved in keeping her alive. To ensure the twins were developing normally, the doctors needed the expertise of several professionals in different disciplines.

“There have been other cases,” Dr. Rivabem said, “but ours is the longest one with 123 days – four months, and we started with embryos at two months and delivered twins.

“It was an extremely challenging case which required intensive multidisciplinary work.

“There were many complications with the continuous support of medications to maintain pressure, maintain oxygenation, maintain continuous nutrition and hormonal balance. We used antibiotics during the entire hospitalization period.”

Frankielen received round-the-clock care that involved many components: hemodynamic monitoring, measuring blood pressure in the veins, heart, and arteries, along with blood flow and the amount of oxygen coursing through the body. The twins were checked by ultrasound each day.

“One of our main concerns was to keep the organ functions continual for the babies to grow and develop,” Dr. Rivabem said.

The hospital staff also wanted to make sure the twins experienced the love and affection their mother could not provide. A team of around 20 professionals was responsible for Frankielen and her growing babies. The doctors, nurses, nutritionists, and other staff followed a routine where they took turns singing, talking, and caressing Frankielen’s pregnant tummy.

“We found children’s songs and played them to the babies in the womb. We even made up tunes exclusively for them,” said chaplain and music therapist Erika Checan. “And we decorated the area around Frankielen’s bed. The ICU was filled with love, affection, and encouragement for the babies and their family to succeed. We said, ‘we love you’ every day they were here.”

Dr. Rivabem added, “The success of this case was down to great teamwork and, of course, to a divine purpose.”

Divine intervention and modern medicine are what made this miracle happen. In February of this year, Muriel’s son Asaph and daughter Anna Vitoria were delivered by emergency cesarean section. The twins were considered premature. Anna Vitoria weighed 1.4kg, while Asaph weighed slightly less at 1.3kg.

The two were kept in incubators for three months until their discharge from the hospital in May. While in the incubators, the twins gained weight and strength and were weaned off the medication given to their mother before their birth.

Muriel said everyone cried when the children were born. They were happy to see the babies had survived, but they also knew it meant that Frankielen’s life would soon end.

Shortly after the birth of her children, Frankielen’s ventilator was turned off. This brave mother died after being kept alive for 123 days to give birth to the children she would never know.

Frankielen’s heart and kidneys were donated to save two other lives.

Muriel was happy for the birth of his children, but was still destroyed by the loss of his beloved wife.

The love for Muriel and his three children spread from the hospital to the whole of Brazil. Hearing of his plight, total strangers donated baby supplies such as diapers, clothes, and accessories. Others gave money. Muriel is using some of the funds to renovate his home for his family.

Frankielen’s mother, Angela Silva, looks after her grandchildren. While Angela has lost her daughter, she expressed her love and admiration for Frankielen’s strength: “I’m so proud of my daughter. It’s been hard losing her, but she was a warrior right until the end, protecting her beautiful children and giving them life until the day she finally died.”

Muriel still mourns the loss of his wife. He and Frankielen were high school sweethearts and were together for six years.

Muriel said Frankielen has appeared to him in visions, which has brought some comfort.

“Frankielen has appeared to me on many occasions especially when I was despairing and crying out for God to bring her back to me,” he revealed.

“One night she sat on my bed and said: ‘Baby I can’t come back to you anymore. I must stay. I am in a beautiful place now. You’ve got a big mission still to complete. You have to look after our children, and you have to be strong and move on and live your life.’

“Frankielen was a generous and loving person. I believe God chose her for this purpose so a miracle could happen.”

This story gives us chills. We must always cherish the life we have because we never know when we may lose someone we love. Muriel suffered a significant loss but gained two precious gifts. These children are treasures that he and his wife created out of love, and it’s love that will see Muriel and his family through the hard times.