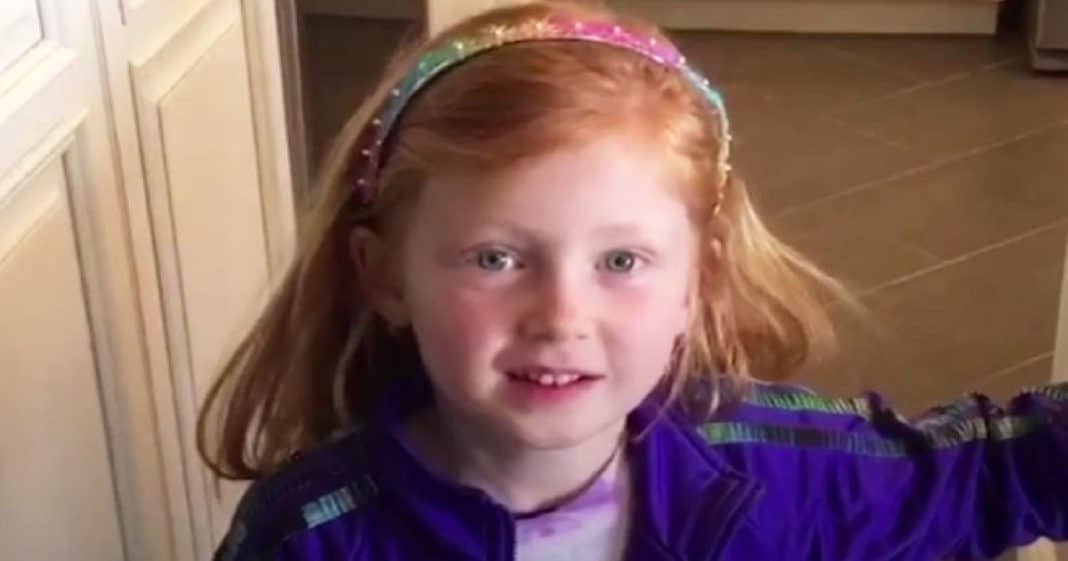 Kids can be well-known for saying the wrong things at the wrong times, and sometimes even to the wrong people. In complete innocence, they will speak of private matters as if they were meant to be shared with the world. Other times, they will misinterpret something that they have heard or seen, and pass it along in the wrong context.

One dad found himself under suspicion when his daughter,Skylar, told her teachers that her family was growing “weed” in their backyard. You can imagine their shock and concern!

In the video posted below, Dax Holt questioned his daughter about her misinformed disclosure.

“Weed is stuff that is like grass, but it’s not – it’s weed,” the little girl explained to her father.

“When I got to your school, your teacher said, ‘I heard you have a lot of weed at your house.’ Are we growing weed at our house?”

My child's teacher: "so Skylar tells me you guys have a ton of weed at home."Me: "umm"Teacher: "she said you're growing it"Me:

Dax went on to test her understanding. “A lot of it?” he asked.

“Yeah, just a little bit, but it’s going to grow a lot,” she enlightened him.

Her unwavering enthusiasm and declaration would have been enough to convince me, too, if I were her teacher, but my worry turned to amusement when I saw what she was referring to as “weed” – and reasonably so!

“Do you want to maybe show people what you’re talking about?” A request Skylar was more than happy to grant.

The camera follows Skylar outside where she points out patches of grass growing along the concrete of her backyard’s platform.

It is absolutely adorable!

As reassuring as it was to see that what Skylar was bragging about at school was not what we were led to believe, she’s not the first to make this harmless mistake, and she probably won’t be the last. I’m happy that her teachers took her announcement lightly enough to allow the father to clear things up.

Thank you for the explanation, dad!

If the video made you smile as much as I did, please share!