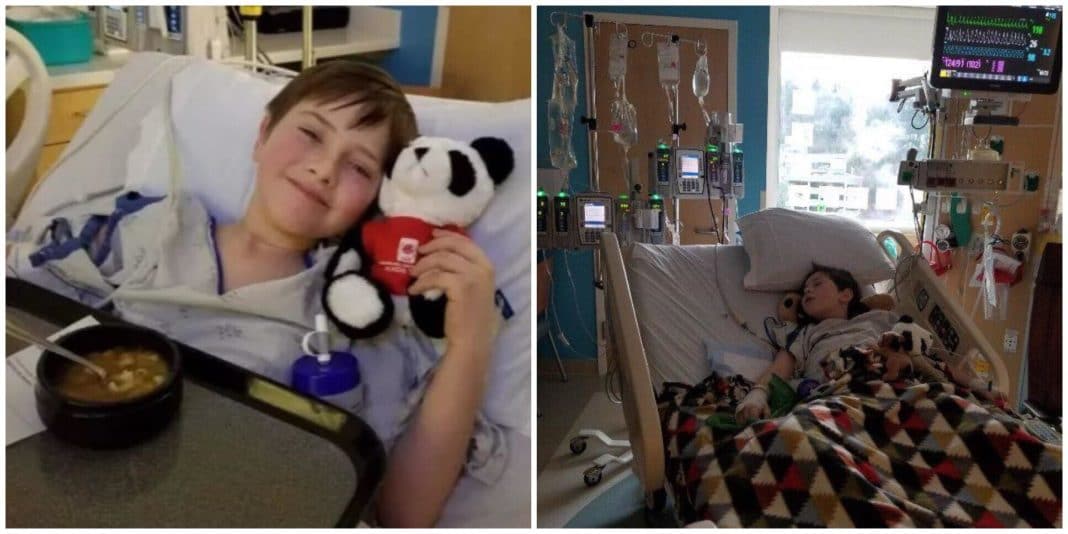 Children, especially the active, outdoorsy ones, are accident-prone. They get scrapes and bumps, bruises and broken bones; parents become used to icing, cleaning or trips to the local urgent care center for first aid. Some might argue this is part of growing up.

For Sara Hebard and her 8-year-old son, Liam a routine fall from his bike would set in motion a chain of deadly events no one could foresee.

Liam was a typical kid. He liked roughhousing and playing outside. He especially loved being with the animals on the family farm.

One day on their farm, Liam rode his bike up and down the driveway. He fell off and received a nasty gash in his thigh. The handlebars cut through his jeans and into his leg.

Sara got one look at her son and rushed him to the E.R. He was patched up, receiving seven stitches in his thigh. Sara figured this was it. She took Liam home to recover.

“It wasn’t a big deal. It wasn’t a bad one. It just needed a few stitches is all, that’s it,” said Sara. She added, “And he was taking it like a trooper.”

She put the incident out of her mind. A few days later, Liam started complaining about having intense pain near the area of his injury: “It was purplish-red and gangrenous looking,” said Scott Hinkle, the little boy’s father said. “We threw him in the rig and went like hell.”

Reaching the emergency room, doctors diagnosed Liam with having a flesh-eating bacteria called necrotizing fasciitis. Liam went into surgery at St. Anthony Hospital in Pendleton, Oregon. He was then airlifted to Doernbecher Children’s Hospital in Portland. There, doctors continued to fight for his life.

Liam remained brave, fighting like a warrior. His outlook was healthy and confident the entire time. He kept assuring his mother he’d be fine and would be well soon. He’d joke with friends over video chat about all the tubes coming out of him. He remained the positive light for everyone worried about him.

Doctors eventually began to run out of options. Liam was transported to Randall Children’s Hospital. It was hoped new doctors and new eyes would bring a new outlook to his issue.

No one would find out if anything new could be done for him. Liam died the first night there. Sara can’t help but ask herself why this happened. She hopes in sharing her son’s story; it will alert other parents to be more aware of how rapidly this bacteria can spread.

“I would have to say for one, hug your children tight because you never know how quickly it goes, and then to pay attention to them and don’t just take for granted it could just be a simple accident,” said Sara.

She will always have her memories of her sweet boy: “He was a bright ray of sunshine.”

“He loved everyone, and everyone loved him.” Hinkle added, “He was a lovable kid. He never had a bad word to say.”

The death of a child is always tragic. But when they die of something like a preventable infection, the pain is more intense and heartbreaking.