Young Black Man Terrified When He’s Pulled Over, But He Wasn’t Prepared For What Cop Does Next 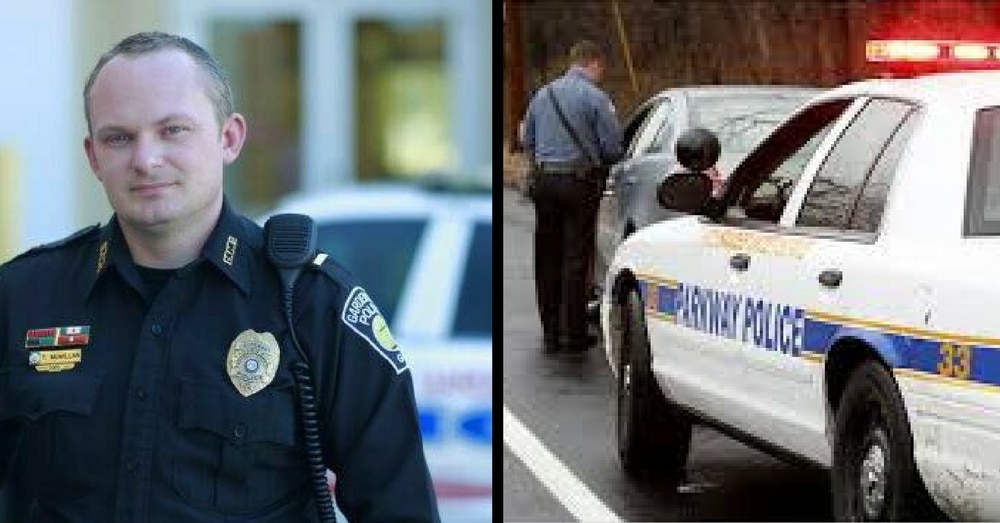 With all of the tension between police and their communities right now, especially in the black communities, it is understandable that a black man would feel very scared after seeing police lights in his rearview mirror.

That is what happened when Lt. Tim McMillan pulled a young man over for texting and driving recently. He shared about his experience in a Facebook post that has since gone viral and opened up an important dialogue about racial and police tensions in our country.

When McMillan walked up to the driver’s window he could see that the young man was terrified.

“His voice was quivering. He was genuinely scared,” McMillan said. “I just looked at him for a moment, because what I was seeing made me sad.”

Seeing the terror in the young man’s eyes brought feelings of both sadness and compassion washing over McMillan. Instead of berating him, he spoke to him with kindness.

The man was stunned at McMillan’s response, and it was hopefully an action that will help facilitate healing within the community.

McMillan wrote later that he is frustrated with the atmosphere of blame in our culture that is doing nothing to help, heal, or change.

“Blame the media, blame bad cops, blame protesters, or Colin Kaepernick if you want,” he wrote. “It doesn’t matter to me who’s to blame. I just wish somebody would fix it.”

Hopefully McMillan’s act of kindness and compassion that day will bring us one step closer to healing and change.

Were you touched by Lt. McMillan’s story? So share this!