WWII Vet Stunned After Woman Stops Him In Line. Now He’s Looking For His ‘Angel’ In Disguise… 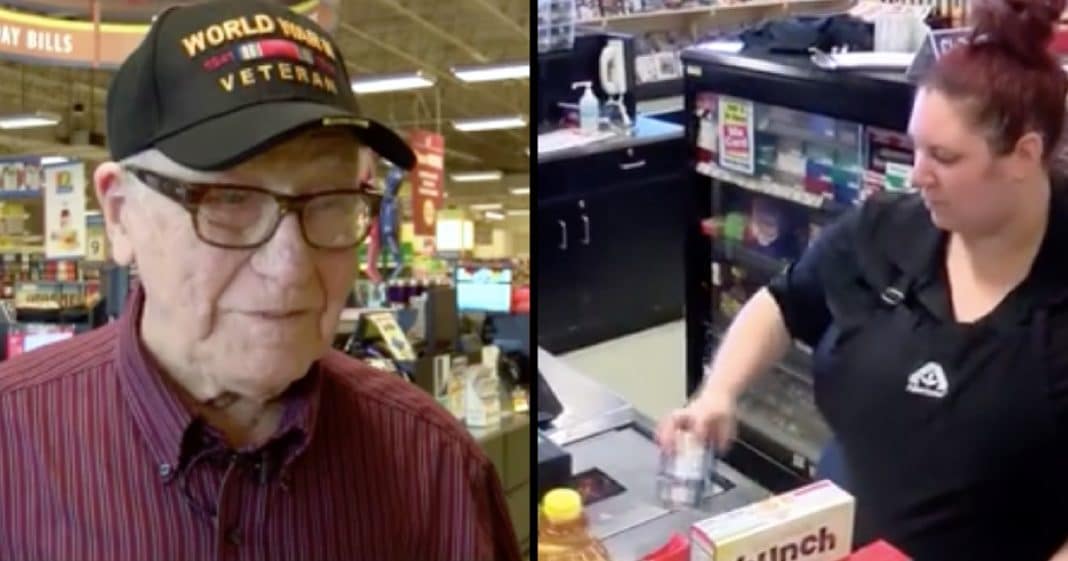 Most days Rene Duhon can be seen wearing his World War II Veteran hat. His service is something he is proud of, but he never expected to receive anything for it.

That’s why he was so surprised after what happened to him at an Albertson’s grocery store in Lafayette, Louisiana, recently. The encounter literally rendered him speechless!

Rene was checking out at the store when the cashier suddenly stopped what she was doing. Confused, Rene tried to hand her his card to pay, but she pushed it away.

“This lady is paying for your groceries,” the cashier told him, motioning to the woman in line behind him.

Rene didn’t know what to say. He thanked the woman and drove home, but he couldn’t get the encounter out of his head and kept wishing he had done more to show his appreciation.

“I thanked the lady, but I didn’t thank her enough,” he said.

He went back to the store to inquire about the mystery woman, and that’s when the cashier told him something that left him even more touched.

The cashier said that when she had asked the woman why she wanted to pay for Rene’s groceries, the lady told her it was because her own grandfather was a WWII veteran.

“Oh my goodness,” Rene said, smiling. “Isn’t that something…”

Now he wants to find his “angel” so he can better express his appreciation for her kindness.

It’s stories like these that really restore our faith in humanity and show us that there is still so much good to be found in this world.

“That made my day,” anchor Danielle Grossman said after seeing the story air. “There’s so much negative news. Now we have a good story to tell.”

Were you touched by what this kind woman did for Rene? So share this!