World’s Oldest Man About To Celebrate Something Extra Special 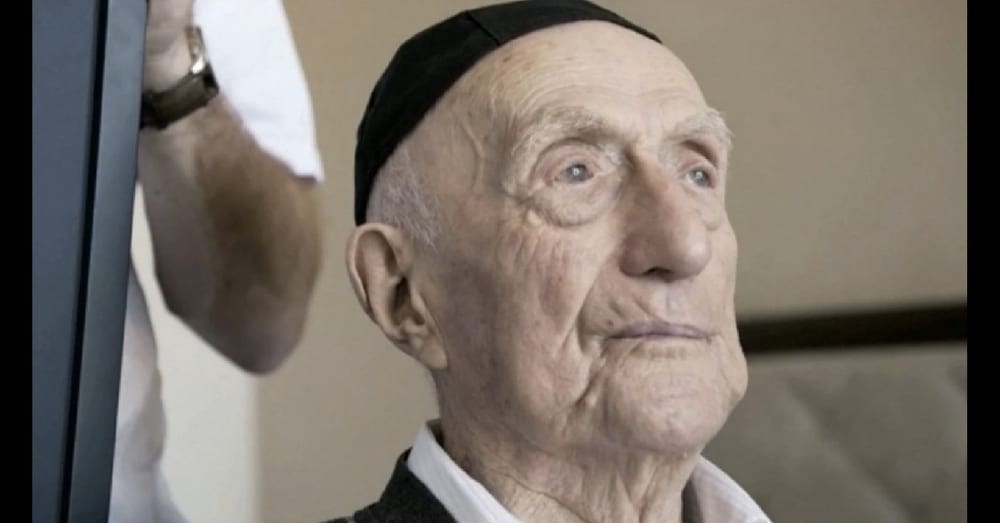 In 1916, Israel Kristal was a motherless Jewish child whose father was away fighting in World War I and would soon be killed in action.

He turned 13 without celebrating his bar mitzvah.

A century later, Kristal will finally get the chance.

Kristal, who is the oldest man in the world, according to Guinness World Records, turns 113 on Thursday. His daughter, Shulimath Kristal Kuperstoch, told the DTA news agency that his family is planning a bar mitzvah for him, and about 100 relatives will attend. “We will bless him, we will dance with him, we will be happy,” she said.

Born in what is now Poland, Kristal has survived 113 years of Jewish history. He was in his 30s when the Nazis invaded, and he was imprisoned with his wife and two children in the Lodz ghetto and then at Auschwitz. His wife and children died.

Speaking about the horror of Auschwitz, he once told Haaretz, “Two books could be written about a single day there.”

He moved to Israel in 1950 and now lives in Haifa. He remarried and had two children, and is now a grandfather and great-grandfather.

His daughter told the BBC that on his bar mitzvah day, Kristal will put on tefillin, the small boxes containing prayers that Jews above the age of bar mitzvah wrap around their arms and heads, and will say the blessings for the Torah.

He has maintained his faith throughout his life, she said. Talking to the Jerusalem Post about her father surviving the Holocaust, she said, “He believes he was saved because that’s what God wanted.”

Read more about this inspiring Holocaust survivor at The Washington Post.