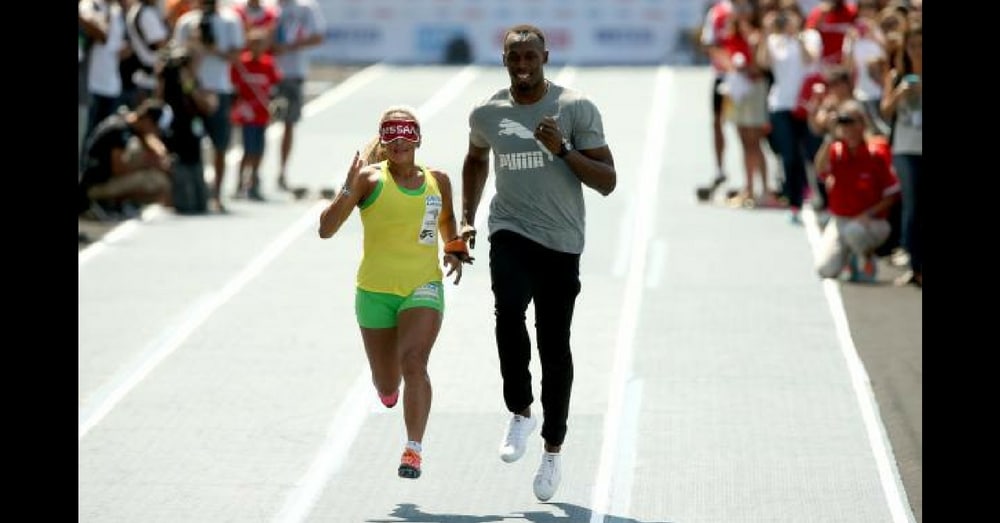 Bolt was in the host city of next year’s Olympic and Paralympic Games to promote the Mano a Mano Challenge at the Brazilian Jockey Club and, grinning all the way, joined with Guilhermina to take part in a 50m sprint.

Short videos from the event can be viewed here: video 1 video 2

“It was a dream come true,” said Guilhermina, who won 100m and 200m gold at the London 2012 Games and 200m gold at the Beijing 2008 Games. “He was a little uncertain at the start, afraid that I might fall over or that he would run too fast. This shows how much respect events like this bring to Paralympic athletes.

“Running with him [Bolt] is a joy for any athlete. Bolt is a reference in the sport and I’m happy to have participated in this race. I fulfilled a dream.”

You can read more about these inspiring athletes at Paralympic.org!