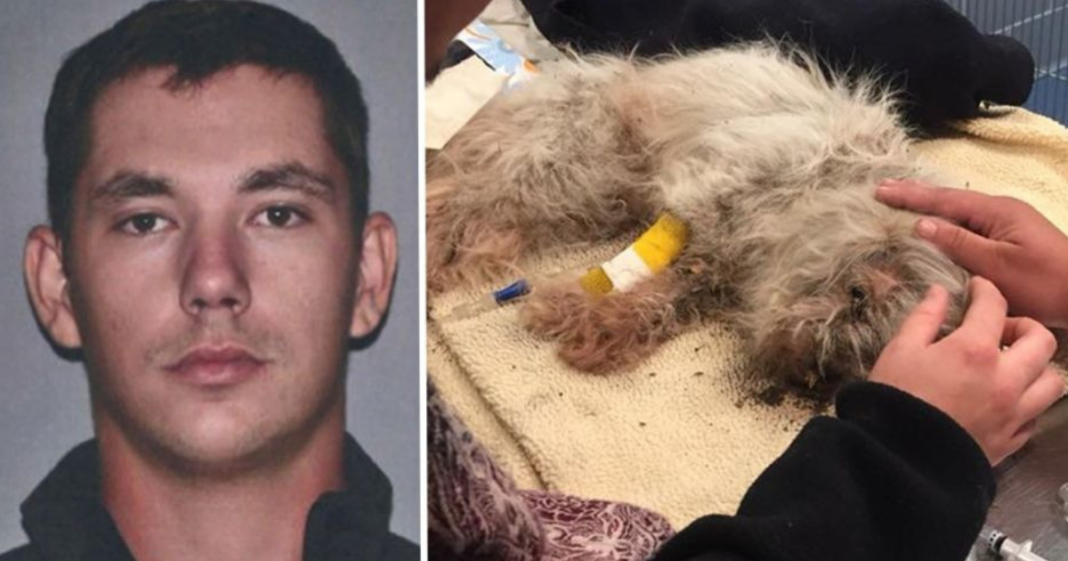 A 24-year-old man from Whitinsville, Massachusetts, Richard Piquard, is accused of burying an 18-year-old Shih Tzu dog named Chico –while the elderly dog was still alive.

Why? According to the woman who found the dog, it was because “it didn’t get along with his cat.” 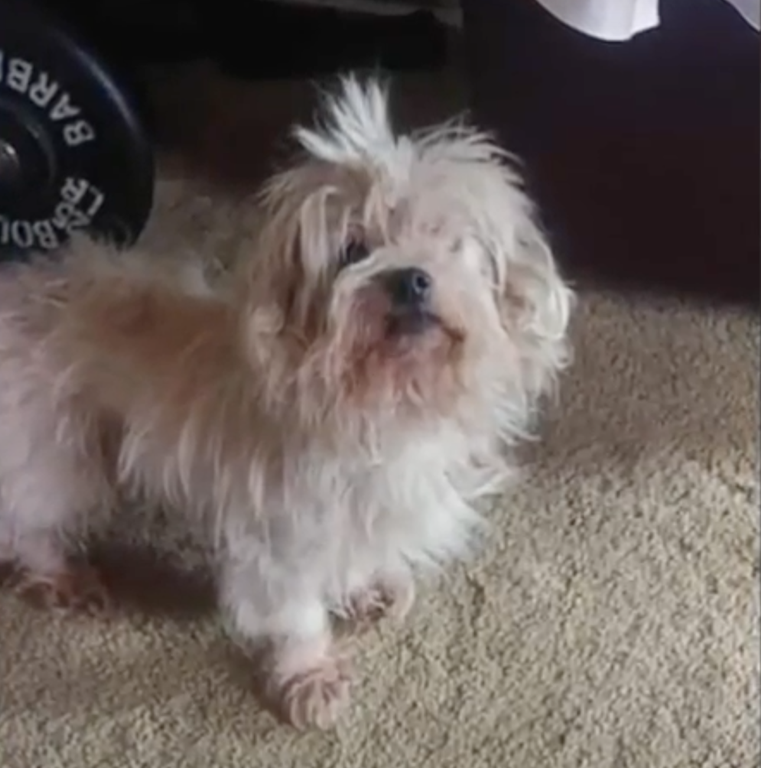 Kaylee Belanger says she was friends with Richard Piquard for six years since he was in a relationship with her best friend. She says he is a father of two children. (see video at the end)

She received a text message from Piquard on Saturday showing off a picture of a new cat and explaining that he needed to find a new home for Chico. The dog was in his care for 18 months after his former girlfriend couldn’t keep him in her apartment any longer. 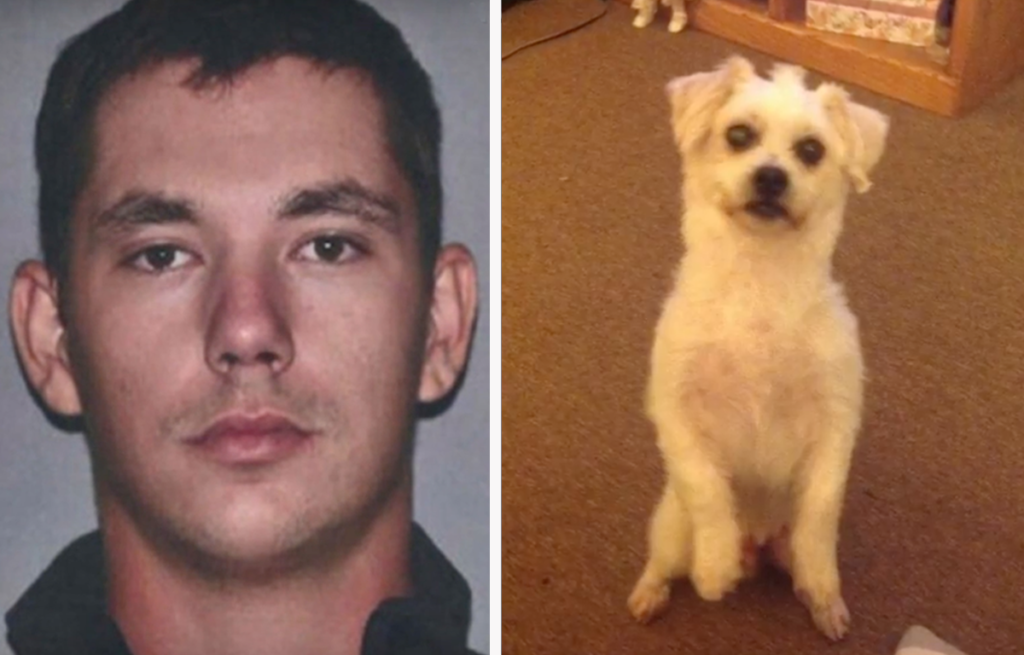 The next morning, Belanger says she got another text from Piquard around 11 a.m. explaining that Chico had suddenly passed away.

Something in her gut told her that something wasn’t right.

“That triggered something in my mind that you were just trying to get rid of him last night. Why would he have died overnight? That doesn’t make any sense,” said Belanger.

She and her fiancé decided to go over to Piquard’s home to get the dog’s body so they could have Chico cremated and see how he had passed away.

“I was not expecting him to be breathing when I found him,” she said.

After they arrived at Piquard’s place, her fiancé happened to notice some disturbed earth in the woods behind the home. There, they found a large rock, and when they moved it, they were horrified to discover that Chico was still alive.

“When I initially lifted that rock off of that dog, he screamed louder than I have ever heard any dog scream in his life. And there is no way that scream did not come out of him when he was being squished under there.” 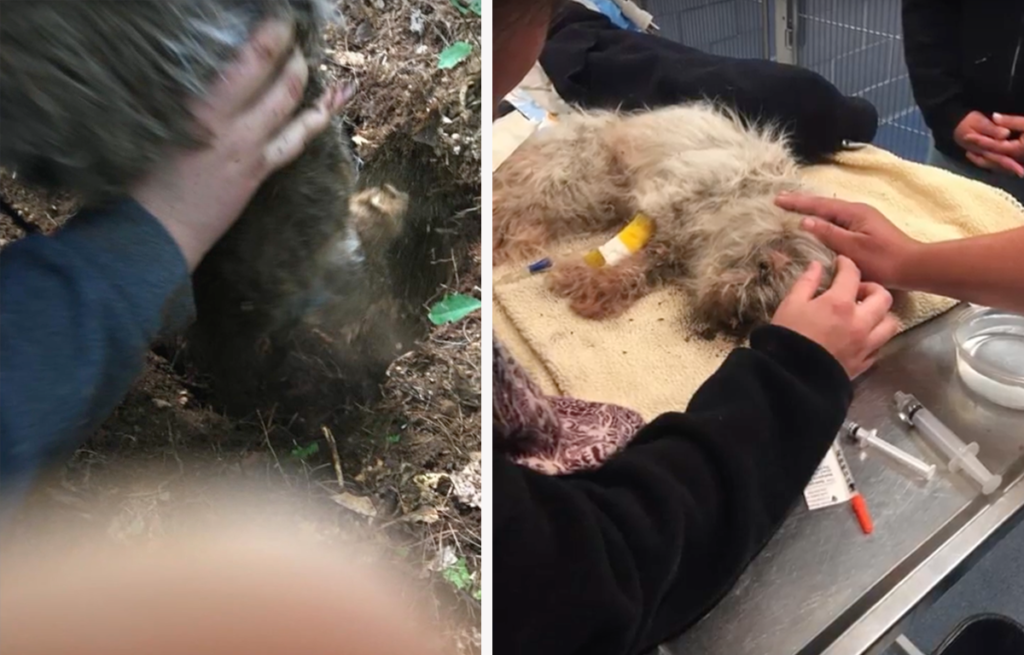 The couple rushed the dog to the veterinarian, where they tried to save him but ultimately decided it would be best to euthanize Chico. 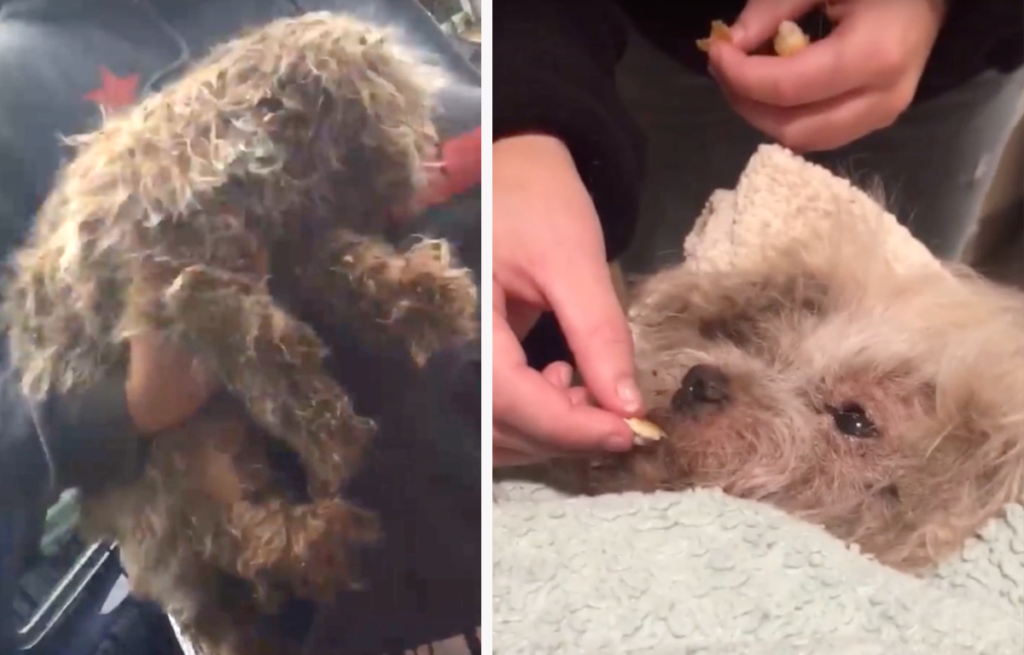 Chico gets care at the Tufts University Veterinary School

Piquard was charged with one count of animal cruelty and was released on $1,000 bail. The MSPCA must reportedly be granted access to his home to ensure he doesn’t continue to care for any other animals. He will also be required to undergo a mental health evaluation per the judge’s orders.

“I don’t believe he should have walked out of here. He should have been taken in cuffs and put into custody,” said Belanger.

She started a Facebook page, Justice for Chico, and a GoFundMe to pay for the cremation, to donate to the Veterinary School that waived the cost of Chico’s care, as well as the Northbridge Police Department and local Animal Rescues/Shelters.

“We want to see his abuser Richard Piquard punished to the highest extent. To not only give him what he deserves but to also set an example to hopefully prevent animal abuse from happening to so many other helpless animals.”

After much debate, it’s been decided to create this go fund me. This is an attempt to raise the money to pay for his…

Posted by Justice for Chico on Tuesday, September 11, 2018

See what Kaylee Belanger says happened in the video from Telegram Video below: