Woman Writes Her Own Obituary, And What She Said Is Going Viral 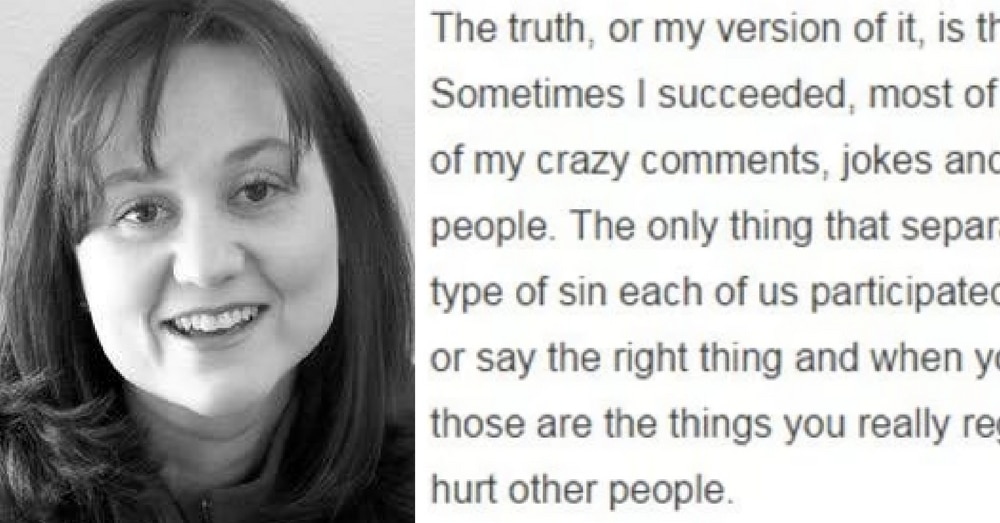 Alfred B. Nobel, the inventor of dynamite and the founder of the Nobel prize, had the opportunity to do something that most of us will never have – he read his own obituary.

When his brother died, the newspaper mistakingly ran an obituary on Alfred instead, and in it they described him as the person who had made it possible to kill more people quickly than anyone else who had ever lived.

Alfred was horrified, and soon after used the great fortune he had amassed from his invention to establish the now-famous prize that honors those who have benefitted society,

Most of us will never know what will be written about us and how we will be remembered, but one woman decided that she wasn’t going to wait for someone to write her legacy, so she created her own.

When Sonia Todd was diagnosed with cancer she knew she wasn’t going to survive it. As she planned for her death she decided she would write her own obituary so she could thank those in her life who had helped her along the way and leave some parting words of wisdom for those she was leaving behind.

Her poignant words have since been read by thousands, and one thing is for sure – her legacy will live on in a wonderful way.

My name is Sonia Todd, and I died of cancer at the age of 38. I decided to write my own obituary because they are usually written in a couple of different ways that I just don’t care for. Either, family or friends gather together, and list every minor accomplishment from cradle to grave in a timeline format, or they try and create one poetic last stanza about someone’s life that is so glowing one would think the deceased had been the living embodiment of a deity.

The truth, or my version of it, is this: I just tried to do the best I could. Sometimes I succeeded, most of the time I failed, but I tried. For all of my crazy comments, jokes and complaints, I really did love people. I didn’t always do the right thing or say the right thing and when you come to the end of your life those are the things you really regret, the small simple things that hurt other people.

Some folks told me that writing my own obituary was morbid, but I think it is great because I get a chance to say thank you to all the people who helped me along the way. Those who loved me, assisted me, cared for me, laughed with me and taught me things so that I could have a wonderful, happy life. I was blessed beyond measure by knowing all of you. That is what made my life worthwhile.

If you think of me, and would like to do something in honor of my memory do this:

– Volunteer at a school, church or library.

– Write a letter to someone and tell them how they have had a positive effect on your life.

– Turn off the electronics and take a kid out for ice cream and talk to them about their hopes and dreams.

– Forgive someone who doesn’t deserve it.

– Stop at all lemonade-stands run by kids and brag about their product.

– Make someone smile today if it is in your power to do so.

May we honor Sonia’s legacy by taking her words to heart now, before it is too late.

Were you touched by what Sonia wrote? So share this!